n the tiny island of Goree off the tip of the most western point of Africa, I discovered a new taste experience… fish baked in a salt crust and a delicious fish stew flavoured with sublime aromatics, called tiebou dienn, served up with crusty baguette to the mystical music of the kora – a 21 stringed harp lute. The celebration of music and food was so intense that fifteen years later when I heard the stringed music of a kora wafting through the passageways of a London tube station, I was immediately transported back to Senegal and Goree Island.
The intensity of my experience went way beyond the amount of days I spent there. This is probably what most writers dream of achieving in their writing… that the mood and feeling of the novel is so heightened that it stays with the reader long after the book is closed.
Strong characters are a sure way of making the novel live on but along the way the intensity of the experience is enhanced by the senses… not just visual but the auditory, olfactory and gustatory senses. Louise Berridge gave us that wonderful post on Sound and Silence recently and like many of the History Girls I enjoy writing to music but it’s the gustatory kind that often unlocks a story for me.
Take this passage from Barbara Kingsolver’s Lacuna…
‘Most of all Enrique cared for pan dulces made w
ith wheat-flour dough. Puffy and soft with a grit of coarse sugar on top, filled with pineapple, sweet and tart from the oven’s wood smoke. Many a cook had been fired by Enrique before this Leandro arrived from heaven. Pan dulce is no easy trick. The vanilla has to be from Papantla. The flour is ground in stone metate. Not like masa for tortillas, corn soaked in lime water that’s ground up coarse and wet. Any Mexican can do that, Leandro said. Dry flour for Euopean bread is a different matter. It has to be ground so fine it comes up into the air in clouds.’
It’s the detail that entraps me.
The crossover of food cultures is fascinating. Very clear from Kingsolver’s passage…maize flour which is abundant in Mexico is seen as inferior to wheat flour. Invaders, conquerors and emigrants have always brought to the new country, foods of origin from their own. And conquered people are often forced to take on the food of the conqueror almost as they are forced to take on the religion and language of the conqueror. Conversely the conqueror or colonist takes exotic foodstuffs from the conquered land… like chocolate and coffee… back to the home country. So food is often a marker in history as seen in the race for the spice trade between the Portuguese and the Dutch with the English being brought in as well, each eager to establish their own colonies in the East, and the import of tea in the US, or sugar in its relation to the slave trade.
Whether it’s preparing pan dulces or making maize tortillas in Mexico, or collecting salt outside Dakar, preparing caviar in Tzarist Russia or harvesting olives and figs in Urbisaglia in the first century BC, food imbues a story with authenticity and detail. What people cultivate and what they eat seems to get to the soul of who they are. 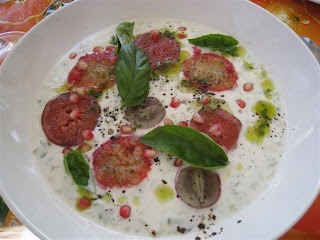 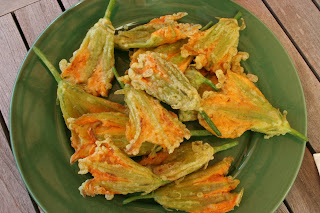 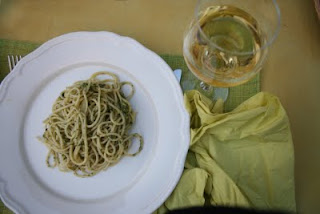 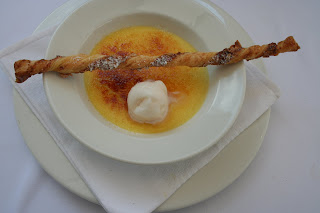 Some foods like cumber and yoghurt soup with figs and pomegranate, or deep fried zucchini fiori, or durum wheat pasta, or burnt custards have hardly changed over the centuries. Ever wondered why Portuguese desserts feature so much custard and egg yolk? The whites of the eggs were being used by nuns in the monasteries to starch their habits and for the clearing of wines like Port. Honey was used as a sweetening agent until the 15th century when Portugal obtained sugar cane from Crete and cultivated it on the Atlantic islands, mainly Madeira.
Records of Victorian and Edwardian meals are abundant and religious feasts or feasts of pageantry and a Bacchanalian nature in history are usually easy to research (each History Girl must have her own favourite History of Food reference book) but some stories and in particular ‘survival’ novels whether modern or historical, pose a problem. What do people live off in survival stories?
In Cormac McCarthy’s The Road we have a can of peaches and a coke left behind in a dispenser unit. In Tim Winton’s Dirt Music…
‘He (Fox) learns to eat green ants for the lemony fizz on the tongue and the way they spice a chowder along with a bit of chilli. He proceeds cautiously with mangrove snails whose blue flesh alarms him and he tries figs and berries with his mouth puckered anxiously. The pandanus nuts are almost tasteless. He has no luck with the pith from boab gourds but he likes to walk through the shadows of the trees where the shellgrit crunches underfoot.’
Not much in the way of a feast but still giving insight into the sort of person Fox is. In The Poisonwood Bible, Kingsolver has the American family eventually eating fufu (a sticky African maize porridge not unlike polenta) and nsaki (wild greens) with their hands. So a bacchanalian feast is obviously out for the survival novel.The story I’m writing at the moment is set in 1630 – a Portuguese shipwreck on the southern tip of Africa. I can only imagine what they survived on – shellfish and gull’s eggs and things that could be caught with a makeshift bow and arrow. I suppose if I were given the chance to sift through a shell midden, if would be as if I’d been invited to dinner. But having no access to shell middens, I have to imagine the dinner. What has become very obvious to me though, if you like writing about food, don’t write a survival novel!
Such is the affect of sublime food that Isak Dinesen wrote this in Babette’s Feast when the two old women and their guests had finished their meal…
‘Of what happened later in the evening nothing definite can here be stated. None of the guests later on had any clear remembrance of it. They only knew that the rooms had been filled with a heavenly light, as if a number of small halos had blended into one glorious radiance.’
Posted by Dianne Hofmeyr at 06:00

Gosh, I just LOVE your posts, Diane! Marvellous. And the photos are brilliant.
I adore books which have Recipes in them. HEARTBURN by Nora Ephron and THE GROUP by Mary McCarthy, eg. Does anyone still read the Group? I can recommend it!

Such a delicious post... Thank you for reminding us of Babette's Feast. I have only seen the film with the wonderful Stephane Audran playing Babette. I vividly recall the scene when these abstemious, frugal old people were given the gift of Babette's sublime feast. Food has a great place in children's fiction, too. I'm sure people must have their favourite examples - from Enid Blyton's lashings of ginger beer to the dinner Mrs Beaver cooks for the Pevensie children in The Lion, The Witch and the Wardrobe.

I just watched the movie Big Night with Tony Shalhoub and Stanley Tucci. There is some romance in it, but the true love affair is with the Italian food that the brothers create.

And I write about food a lot in my books, mainly for myself but the reader gets to enjoy my obsession too. And I do mean obsession, since I've developed some food allergies and can't have some yummy things any longer. So I live vicariously through my character's foodie travels!

Am on holiday, and just went to a marvellous National Trust property - Hatchlands - which is still a family home. It opens at 2pm, and one of the guides told me that when you walk into the (stunning & sumptuous) dining room, you can often smell what the family has had for dinner that day... Very far from a survival story, but still, how evocative is the whiff of food... And how perfect then to come home and read your wonderful post Diane!

Hatchlands is one I've never been to but it looks wonderful with that incredible garden and tea in the original kitchen. And maybe that's why I love reading about food, Angelica... don't have allergies but I'm a bit greedy and have to allow my eyes rather than my mouth to enjoy. Except for the Turkish soup (taken by a friend) those are all my photographs... taken before tucking in! I feel a little guilty writing about food though with all those images coming in from the Horn of Africa. And why have I not read Heartburn Adele? Must rectify.

I LOVED The Lacuna! Great post, Dianne. And I wonder if anyone has thought how difficult it is for a vegetarian to "write feasts" or even enjoy some of the texts cited because of a reluctance to tangle with meat?

I thought you'd approve of the photographs Mary... all vegetarian. Isn't it amazing how the Italians can make such a simple dish of pasta look like a feast on that white plate against the green straw mat.

Mouthwatering post, Dianne! thank you for the food-porn pics too! As you have 'fatto un piacere' to smell and taste, and Louise Berridge has rendered unto sound what was sound's, we'll expecting touch next. (Even the vegetarian Book Maven can tangle with human flesh, so long as she doesn't put it in her mouth.)
Michelle Lovric, posting as anonymous as Blogger now wants my phone number before I can post, huh?

Michelle you made me laugh out loud! What a lust you have for life.