If you had all the modern forensic techniques at your disposal, what
historical crime or mystery would you like to investigate and why? 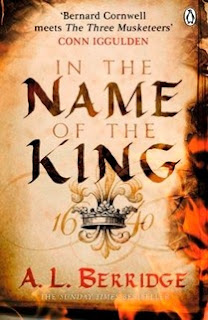 The Rogue's Princess is set in the Tudor theatre world of the 1580s when Shakespeare was just starting out on his career.  What was the name of the theatre in which Shakespeare and company acted after 1599? (Hint - you can visit it near its original site today in London). 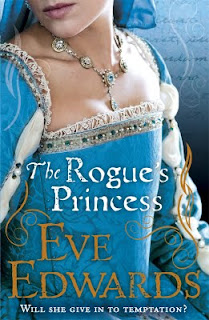 All entries to be comments on this post only.

We are very grateful to Penguin and Puffin for donating competition prizes.
Posted by Mary Hoffman at 01:01

1) If I could investigate a historical mystery, I'd choose the "Lost Colony" of Roanoke. There are many different theories of what happened to the colonists - Indian attack, famine, disease, migration, etc. - so I think it would be a fascinating, multi-faceted investigation. Plus, it's in my home state.

2) Shakespeare and co. acted in the Globe.

Thanks for the giveaway!

I would investigate the Mary Celeste--no surprise, considering my historical novel features ghosts and a ghost ship. I remember reading about the Mary Celeste as a child and being utterly fascinated how that many people could disappear with no sign of a struggle or catastrophe. To be able to find out the real story would be fascinating.

And that second question is a giveaway in itself--surely everyone knows it's the Globe? Thanks, I love contests!

For the first question I will say the Jack the Ripper case. It is such a mystery to me as well as there being a few suspects that I think may have not even been considered due to their position.

For the second question it is the Globe Theatre, renamed the Shakespeare's Globe Theatre but only after it was rebuilt in the 1600's.

Thank you for this giveaway! I will keep my fingers crossed!

I'd investigate the Princes in the Tower of London - although you'd probably risk being beheaded for treason if you discovered anything Royalty didn't want you to!

Shakespeare's theatre was the Globe!

I would have The Mysterious Axe-man of New Orleans investigated. Why because the Axe-man is the only serial killer to have a jazz number dedicated to him - The Mysterious Axman's Jazz (Don't Scare Me Papa)"
He was similar to Jack the Ripper in that letters were sent to the press claiming that he was a demon.

Victims were attacked with an axe, the perpetrator's identity remains unknown to this day.

The Globe is Shakespeare's theatre.

I would invastigate and slove Olof Palmes murdure. Im from Sweden som it would be really good. And I would become a national hero ;D
And the name of the theatre is the Globe :)

1. Would like to know more about what happened to the Viking colony in Greenland.

I would investigate the deaths of the Little Princes in the Tower of London. Edward and his brother Richard were the sons of Edward IV and were declared illegitimate by Act of Parliament following the discovery that their father was betrothed to another woman before marrying their mother, Elizabeth Woodville. Their uncle, Richard of Gloucester, who had been Edward V's protector prior to this discovery, then ascended the throne as Richard III. He was killed at Bosworth field, Henry VII took the throne, and struck down the Act, making Edward IV's children legitimate again. He then married the boys' sister. The boys were seen no more.

However, two skeletons--possibly those of the boys--were found in the Tower of London in the 1950s(?). I would use modern forensic techniques to try to discover if those were the lost Princes, and to try to ascertain how old they were when they died, and how they died. Maybe even who killed them--Richard or Henry?!

(oh, and the Globe theatre! clever sqrl, not reading the whole question!)

1. I would like to investigate the crime of Jack the Ripper. It's a grim choice, and dangerous, but it's one of the most mysterious crimes in history. I'd be curious to see if modern technology would be enough to discover the real mastermind behind the deaths.

2. Shakespeare and company worked in the Globe Theate!

1. Oxford ghost sightings...a mystery based on the beheaded Mary Blandy (hanged in 1752 for murdering her husband by poisoning) who is known to tap shoulders today...

The Globe Theatre! I've seen the outside of it!

I'd like to investigate the sinking of the White Ship in 1120 - it wiped out the succession and led to the Anarchy, so I'd like to know if it was really just an accident or a deliberate power play.

Shakespeare & Co. acted in the Globe. I wish I could be in London more often so that I could attend a performance in the new one.

Thanks for the giveaway!
zoecrook30(at)gmail(dot)com

1) I would investigate the mystery of Highwaymen. The whole issue of highwaymen has gripped me, and I feel all the detailed secrets that really happened in that period in time are not fully known. I think there are a lot of mysteries involved in the whole 'Highwayman' AND 'Highwaywomen posing as men', that we we haven't found out about. With all the modern forensic techniques that we have nowadays, it would be easier to find out why it happened in the first place, how it actually was and more things like that. After reading and loving 'Sovay' by Celia Rees, I wanted to find out more, and after looking into Alfred Noyes' 'The Highwayman', I found out more and think the world should really know. To be honest, it is all one big mystery and This is why I chose Highwaymen as the historical mystery I would LOVE to solve.

2) The Globe Theatre. I love that place.

Shakespeare's theatre was The Globe Theatre.

I'd love to read The Rogue's Princess, hope I'm lucky!

1. Jack The Ripper, it's an iconic case and one that modern techniques could probably have solved had they been available.

I'd like to investigate the fate of the Princes in the Tower, just because I wonder if they ever stood a chance after Richard had them taken to the Tower.

As for Shakespeare's theatre that is of course the Globe theatre (which is really cool to visit if you have the chance!)

I'd investigate the murder of the russian holy man Rasputin. I want to know what really killed him, was it the poison? the gunshot? the battering? or drowning in the icy cold river?

and Shakespeare's theatre was the Globe!

1. I would want to solve the mystery of Jack the Ripper, because there are so many theories floating around and people endlessly stating that they know who did it and it would be incredible to know the truth once and for all.

1: I'd like to know the truth about Lizzie Borden. Did she really kill her parents or was she framed? I've been fascinated ever since I first heard about her.