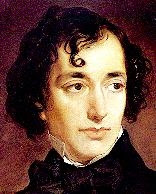 Benjamin Disraeli, 1st Earl of Beaconsfield, KG, PC, FRS
(21 December 1804 – 19 April 1881)
Why?
I considered lying about this, but decided not to. Here are my straightforward honest reasons for loving him. They are all quite bad reasons, and they haven't changed much since I was 17.
1) Because he told Gladstone that he (Gladstone) was 'intoxicated by the exuberance of his own verbosity'.
2)Because when I was asked my favourite historical character in my university entrance interview, I said him.
3) Because when the interviewing professor asked me why, I said 'because he's sexy', and I got away with it, and I got in.
4) Because Sybil is a damn good novel.
5) Because it seems to me quite wonderfully inspiring that a person can run the country rather well and be a good novelist simultaneously.
6) Because even his bad novels have streaks of utter brilliance in them.
7) Because he was so utterly un-pin-downable - a conservative and a radical, a Jew and a Christian, a ladies' man and quite possiby gay, a charlatan and a hero, moral and amoral, loved and hated, admired and despised.
8) Because he brought out the best in other people's insults: The Irish MP Daniel O'Connell, for example, said of him that he was a reptile . . . 'just fit now, after being twice discarded by the people, to become a Conservative. He possesses all the necessary requisites of perfidy, selfishness, depravity, want of principle, etc., which would qualify him for the change. His name shows that he is of Jewish origin. I do not use it as a term of reproach; there are many most respectable Jews. But there are, as in every other people, some of the lowest and most disgusting grade of moral turpitude; and of those I look upon Mr. Disraeli as the worst. He has just the qualities of the impenitent thief on the Cross, and I verily believe, if Mr. Disraeli's family herald were to be examined and his genealogy traced, the same personage would be discovered to be the heir at law of the exalted individual to whom I allude. I forgive Mr. Disraeli now, and as the lineal descendant of the blasphemous robber, who ended his career besides the Founder of the Christian Faith, I leave the gentleman to the enjoyment of his infamous distinction and family honours.'
To which Disraeli replied: 'Yes, I am a Jew, and when the ancestors of the Right Honourable Gentleman were brutal savages in an unknown island, mine were priests in the Temple of Solomon .'
9) Because he argued for an alliance between the aristocracy and the working class.
10) Because he argued that the Jews did Christians a favour by killing Christ, because if they hadn't where would Christianity be?
11) Because he inspired Robert Blake to write one of the best historical biographies I've ever read.
13) Because his bohemian poetic Jewish intellectual look is still inspiring bohemian poetic Jewish intellectuals today (See Bob Dylan, Leonard Cohen, etc) 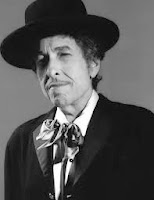 Because he said, and I quote:
a) The best way to become acquainted with a subject is to write a book about it.
b) Great services are not cancelled by one act or by one single error.
c) Change is inevitable. In a progressive country change is constant.
d) Justice is truth in action.
e) I repeat . . . that all power is a trust; that we are accountable for its exercise; that from the people, and for the people all springs, and all must exist.
f) The greatest good you can do for another is not just share your riches, but to reveal to him his own.
g) Never apologize for showing feeling. When you do so, you apologize for truth.
h) Next to knowing when to seize an opportunity, the most important thing in life is to know when to forego an advantage.
i) The more extensive a man's knowledge of what has been done, the greater will be his power of knowing what to do.
j) I am a Conservative to preserve all that is good in our constitution, a Radical to remove all that is bad. I seek to preserve property and to respect order, and I equally decry the appeal to the passions of the many or the prejudices of the few.
k) How much easier it is to be critical than to be correct.
l) Like all great travellers, I have seen more than I remember and remember more than I have seen.
m) A conservative government is an organized hypocrisy.
I am not sorry to give you a list of quotations. When somebody speaks and writes so well,  why would I rewrite or paraphrase him?
All right, he was not the most influential, the most moral, the most important person in history. But if I am honest, he was the one who really tweaked my interest when history was being presented as a syllabus heavy with corn laws and Bismarck and gold standards. (To this day the only thing I can recall about Bismarck is that he invented Black Velvet - Champagne and Guinness. Actually perhaps I should have chosen Bismarck . . . )
Disraeli was unusual, unmistakeable, interesting, funny, handsome, rude, he wrote novels, the Queen was in love with him. He was not like all the others. He woke me up in lessons where I was falling asleep. I will always owe him for that.
Posted by Zizou Alphonse Corder, PhD at 01:01

I heartily agree with all your reasons - and I really must read his fiction. Thank you. A great post.

Great suggestion! One of those names I've always been thinking "Must find out more about" but so often shying away because of the whole PM thing. Your post, however, gives a most convincing list of reasons to learn (even) more about Disraeli as well as a picture of his handsome young face instead of the wearily aged portrait usually offered. ps Thank you for sending us in the direction of a good biography too.

I too must read some of his fiction - though I was brought up to admire Mr Gladstone, and I remain a Gladstone admirer. 'The People's William.' That Victoria didn't like him moves me not a jot. But I do agree, Disraeli was a marvellous character and had terrific style. I read a novel about his wife, years ago, can't remember who wrote it. He is also of note as our first Jewish Prime Minister - or was he the only one?
And his 'two nations' aphorism is, alas, as valid today as when he made it. Thanks, Zizou!

Must search out a biography forthwith! thanks for such a zippy, intriguing post. It never struck me that Bob and Leonard were Jewish...

Brilliant post about someone I also admire greatly! Did he also not say: When I want to read a novel, I write one? Or something like that? Marvellous stuff.

And he said something along the lines of "Half the world worships a Jew and the other half a Jewess." I love that!