I always like women who are ‘vilified’. They have usually lived unconventional lives and have done something, or written something not to the liking of the (male) establishment. That makes them interesting on two counts:  interesting anyway, I like people who break rather than make the rules, and interesting to me as a writer of historical fiction.  When I’m writing in this genre, girls are my main characters. I make no apologies for this. It is a conscious decision. Boys and men have enough coverage. I want to broadcast voices less heard, give life to stories disregarded, unrecorded or forgotten. I search out women who led unusual and often transgressive lives. I’m not looking at the average. I’m looking for what it was possible for women to do.  For Witch Child and Sorceress, it was the ‘Unbridled Spirits’ of the English Revolution, and their sisters in America who settled the land there, or were captured by Native Americans but lived to tell their tale as redeemed, or unredeemed, captives. For Pirates! it was those Female Sailors Bold, Mary Read and Anne Bonny. For Sovay it was Mary Wollstonecraft. It annoys me when critics, as they sometimes do, dismiss my books as ‘rollicking good reads, but not history’. All I can do is give an ironic smile, shrug and mourn their woeful ignorance of the history of their own sex. 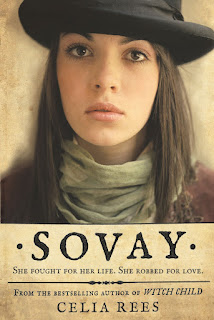 Mary Wollstonecraft’s life was unconventional in the extreme. She had affairs, she lived with men while still unmarried, she bore a child out of wedlock, and perhaps most shocking of all, she wrote pamphlets challenging the views of her male contemporaries. She took on the major thinkers of the day, both conservative and radical. She wrote The Vindication of the Rights of Men in 1790, as a riposte to Edmund Burke’s Reflections on the Revolution in France. Two years later, she answered Tom Paine’s Rights of Man with A Vindication of the Rights of Women, putting the case for the other half of the human race. She even took the sainted Rousseau to task for his dismissal of women. Burke was a pillar of the establishment; Tom Paine the leading radical thinker of the day; Rousseau wrote the Social Contract on which the American and French Revolutions were based, but Mary Wollstonecraft was determined to have her say and did not regard her relative youth, her lack of formal education, or her sex as prohibitions. She demanded to have her opinion heard. She saw it as her right. 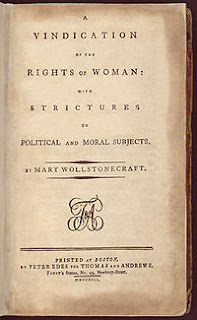 ‘It is time to effect a revolution in female manners – time to restore to them their lost dignity – and make them, as part of the human species, labour by reforming themselves to reform the world.’

Mary Wollstonecraft was arguing for equal rights, for men and women alike. She was the first to make such a radical claim and her audacity catapulted her to fame. It earned her the title ‘hyena in petticoats’ but she would not be intimidated or bullied into silence. She was well before her time. It would take close to a hundred years before men gained the right to vote, let alone women, but the call she made for equality would echo down from one century to another, to be taken up by the Pankhursts and the Suffragettes in Britain and by Susan B. Anthony, Elizabeth Cady Stanton and The National Woman Suffrage Association in America. Her voice would not be, could not be silenced.

Her intellectual daring was matched by her physical courage. At a time when most people were heading in the opposite direction, she went to Paris at the height of the Revolution to witness events for herself. She arrived barely a month before Louis XVI was guillotined and joined a group of expatriates which included the British writer Helen Maria Williams. She fell passionately in love with an American adventurer, Gilbert Imlay, and had a daughter, Fanny, by him.  She stayed in France through the height of the Revolution, even though foreigners were interdit, subject to arrest and the threat of the guillotine. Her An Historical and Moral View of the French Revolution was published in 1794. 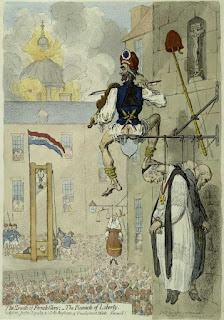 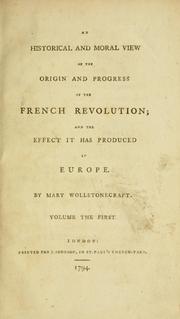 She returned to England in 1795. She continued to travel and to publish. In March 1797, she married fellow writer and philosopher, William Godwin. She had only a few months left to live. Being a woman got her in the end. She died in September 1797, a few days after giving birth to her second daughter, Mary. The placenta failed to come away cleanly and she died in hideous agony as her doctor tore it out of her, piece by piece, thereby introducing the septicaemia which would kill her. 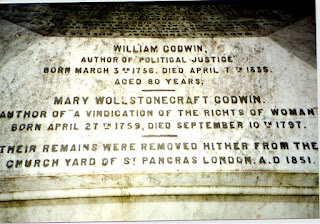 She described herself as ‘the first of a new genus’. I’m proud to belong to the same family.
Posted by Celia Rees at 01:00

Wince - but what a wonderful trumpet blast of a post, Celia! My daughter's been reading aloud bits of Wollstoncraft's letters from her journey to Norway (on business for Imlay, who had lost a ship), and I'm dying to read them myself.

I've read quite a bit of her work - wonderful woman!

A wonderful blast, Celia! I am always amazed at Mary's courage and what seerms like utter self-belief. Wherever did she get that from? Followed by the irony of her ending,even though it was shared by many women.

Hooray, Celia! You make me want to woman the barricades...
And I think your historicals novels are bloody good rollicking reads - nothing wrong with that! - but would never dismiss them as 'not history'. What a cheek. I know enough history to recognise your research, well hidden in story though it is.

And did Mary marry Shelley, and write Frankenstain? (In that order because of chronology, not importance!)

What a courageous woman.

Terrific post, Celia. What a woman, eh? One of the most admirable.

Stories like these make my feminist blood surge with pride! The fact that I am also a Mary is encouraging!

Many cheers for Mary! I once came across a fan letter she wrote early in her writing career to her own heroine, the historian Catherine Macaulay (who suffered her own share of vitriol), declaring her profound respect for her as a woman who "contends for laurels whilst most of her sex only seek for flowers...." All very inspiring.

Wonderful post. I must read Wollstonecraft. And Sovay taught me quite a lot of history, actually.

"A hyena in petticoats" - you just KNOW she's doing something right!

A well deserved cheer for a very important woman! Thanks, Celia

I'm glad Mary struck a chord with the History Girls and our blog readers. An amazing woman whose life and work deserve to be celebrated. She is, indeed, the mother of Mary Shelley, nee Godwin. I'm sure she would have been proud of her daughter, if she had lived to see her grow up. Her tragic, early death was the fate of many, many women, as Penny so rightly points out. Death in child birth was a great leveller. It is one of the reasons I would not want to live in any time but our own (as a woman, that is).

Der. Have just noticed the title on Facebook. Does give a bit of a clue about Mary Shelley. That'll teach me - I never properly look at titles!