The Future Past: N M Browne 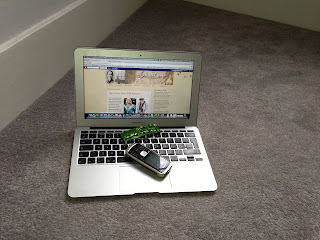 Recent history girls posts have mentioned the the things we take for granted - the ease with which we light fires, do laundry, accept female equality, reject racism, slavery, religious persecution ( in theory). All of  which make it harder for us to imaginatively enter the past and to recreate if for our readers.  For our children raised on mobile phones, portable music, and millions of personal images, how hard will it be to understand the difficulty of keeping in touch, the value of a professional musician, the importance of the portrait painter’s art? We all reinvent the past anew obviously, but it seems to me that our prosperous present cuts us off from even our recent past as never before. The NHS, antibiotics and the pill have changed the living memory of today's British young readers, whose mothers and grandmothers have been beneficiaries of such  advances. The children of the west today are insulated from the concerns of earlier generations in a wholly new way. Will our versions of the past be lost in the future?

I thought that my ninety eight year old grandmother kept me connected to an earlier time; the stories of her parents and grandparents take me straight back to the late nineteenth century. Yet memory is unreliable and social mores, attitudes and assumptions shift like sand: we forget the cultural lenses which once coloured our  world.
The Jimmy Saville scandal, shocking in so many ways, brought archive material of 'Jim Will Fix it' back to our screens and how ambiguous does that title now seem? I thought I remembered the seventies, but time and nostalgia had blunted my recollections. The fashion was more dreadful than the frequent seventies revivals have suggested and I doubt I was the only one who watched the footage in horror. A bevy of teenage girls, dressed in their trendy best all  bad hair and obvious discomfort, sat on bean bags on the stage of the studio like lambs awaiting slaughter. A leering Jimmy Saville and Gary Glitter strode among them, picked a bean bag and settled themselves among them. Each had his arms round a couple of very young girls. 'Oh you can have two,' Jim said or words to that effect, as if twelve year old girls were biscuits. It is difficult to look at that show now without wondering how we ever thought that was acceptable at the time, but we did. Were we  innocent, ignorant or did everyone  collude with the idea that it was normal for middle aged men to snuggle up to barely pubescent girls on prime time TV?
Perhaps all societies are blind to their own cultural lenses and perhaps it is impossible to imagine what lurks in our contemporary texts and broadcasts which will trip up future readers. Will it be our wastefulness with energy: the casual way in which we light whole office blocks of empty space, tumble dry our washing and drive distances we could easily walk?  Perhaps future readers will be horrified that some of us gorge ourselves on animal flesh, bathe frequently and flush our lavatories with expensively purified water. Will future generations of readers, if there are any - future generations I mean - marvel at our technological backwardness or wonder at our privilege and profligacy? Will a more liberal future look back at our prejudices with horror or will  a less liberal oner view ours as a time of indulgence and immorality. For as all historians know there is no inevitable march of progress, civilisations tumble and democracies fail. In time everything changes and the memory of our present, like our past, is at the mercy of an unknown future.
Posted by Nicky at 08:59

These are fascinating thoughts - thank you!

We've been having a similar discussion on Facebook today - how will our work be judged and what will be found dated and offensive in it? Fascinating.

The NHS is under attack again, and is already tottering. When it goes, we will very quickly re-learn a lot of harsh truths.
And my money is on a much more puritanical future looking back at us aghast - and censoring us - rather like the Victorians looking back at the immorality of the Restoration.
But Joan's right - a fascinating post.

Mine too, Susan, but then I am a pessimist in most things.

Interesting reflections. We were talking the other day about the dilemma around nuclear power - very much a concern here in Somerset, with the imminent expansion of Hinkley Point - and how much electricity is wasted, as you say, on lighting shops and even offices at night - and on banks of computers being left on all day in schools, even when they're not being used for much of the time. Someone said sometimes he thought there should be a law passed against wasting electricity - but you can't really do that in a democracy, can you?

Really interesting post. It's as fascinating to imagine the future as it is to imagine the past. Both are equally unknowable. I think we tend to forget that every age thinks of itself as 'modern' and looks back aghast at what went on in previous times.

What a thought-provoking post. Thanks! - I'm going to ponder this further!