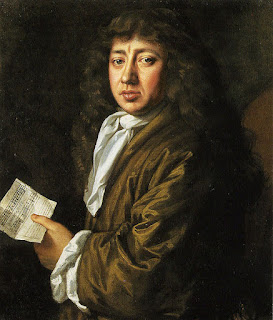 On New Year’s day 1660, the twenty-six year old Samuel Pepys decided to keep a diary. He would cease a decade later. His entries are a fascinating insight into the life of a seventeenth century public servant, householder and private man. Sam was vain, stoic, snobby and clever. He cheated on his wife, Elisabeth. He underwent major surgery to remove a large bladder stone, a procedure known as lithotomy; he carried the stone with him and celebrated the anniversary of his operation. He walked the streets of London constantly, between his City home and his Westminster office. The diaries of Samuel Pepys are one of the great private works of the seventeenth century and allow us to see London through the eyes of a man on the make. Although, officially, the new civil year began on March 25th until 1752, Sam, like us, began his New Year on January 1st, with resolutions, thanksgiving, and food. These are some of his reminiscences.

1660 was bittersweet. Samuel and his wife Elisabeth were both well, but they would remain childless: ‘Blessed be God, at the end of the last year I was in very good health, without any sense of my old pain, but upon taking of cold. I lived in Axe Yard having my wife, and servant Jane, and no more in family than us three. My wife … gave me hopes of her being with child, but on the last day of the year … [the hope was belied]’.

The start of 1661 found self-regarding Sam ‘in constant good health, and in a most handsome and thriving condition’. However, this appears to be in spite of the disgusting New Year’s meal served by Mr Pierce’s wife, for ‘she is such a slut that I do not love her victualls’.

1662 got off to a terrible start for poor Elisabeth. Waking this morning out of my sleep on a sudden, I did with my elbow hit my wife a great blow over her face and nose, which waked her with pain, at which I was sorry’. He wasn’t so sorry that he didn’t immediately go back to sleep again, though. 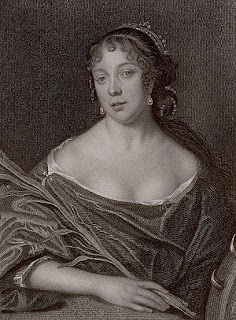 In 1666 Sam went out to celebrate, and ‘got into the coach where Mrs. Knipp was and got her upon my knee (the coach being full) and played with her breasts and sung, and at last set her at her house and so good night’. Things did not carry on so well at home though, and ‘my wife’s teeth fell of akeing, and she to bed’.

The following year, 1667, the Thames had frozen over and Sam stayed in bed, where he ‘Lay long, being a bitter, cold, frosty day, the frost being now grown old, and the Thames covered with ice’.

In 1669, the final year of the diary, he went ‘back to my aunt’s, and there supped and talked, and staid pretty late, it being dry and moonshine, and so walked home, and to bed in very good humour’.

Writing history is often less about knowledge of the past than the willingness to filter a different time through those who lived there. Sam was sometimes coarse, often an opportunistic groper and always ambitious. He would probably be intolerable to a modern woman, yet his New Years are still relevant to our human experience: the sharp poignancy of trying for a child and failing and the dread of finding a hair in the food at a dinner party, from the mundane hazards of sharing a bed to the frisson of a snatched encounter. And finally, the late night walk home at the beginning of a new year, full of possibility and hope for the future.

Happy New Year! Wishing all the readers and all the History Girls a wonderful 2013. For more on Samuel Pepys, please visit the labour of love that is Phil Gyford’s online version of the diary, which celebrates its tenth anniversary this year.

I love Samuel Pepys and these entries are just fantastic. I can't help but feel a bit sorry for Mrs Pierce though! Happy New Year!

Thanks for this fabulous post on one of my favourite people in history. I first fell in love with Pepys in the late 70s when his diary was one of the sources I used to study the early years of the Restoration at University. You are right, he would not be acceptable to modern eyes, but there is still something very endearing about him. I also agree about the online diary which I discovered in 2004 when housebound by a leg in plaster and I now follow it as an iPad app. Finally, of all the books about him I think the best is Claire Tomalin's which is the very model of what a biography should be. Anyone with the remotest of interests in Pepys would probably enjoy it.

What a wonderful reminder about a writer that we should cherish. He offers such a real insight into a time, not really so very far off. Thanks, Lucy.