So, here are two books:

The Light in Between, by Marella Caraciolo Chia 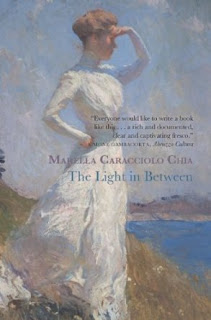 and A Favourite of the Gods, by Sybille Bedford


In the first, Principessa Vittoria Colonna, brought up in one of the most glorious palazzos in Rome, knee-deep in great art and greater architecture, is married off to a studious and eccentric Prince whose family lives in one of the darkest and dingiest palazzos in Rome, where she droops like a flower under the disapproving eyes of his entire family. In the semi-detached way of these lives at that time, she sets up her personal Arcadia on a tiny island in Lake Maggiore, where she is visited by and falls in love with Umberto Boccioni, Futurist painter, handsome, wild, romantic, and a great tombeur de femmes. But it is 1916 - within months he is dead. But what a find - the author, a distant relative of the Princess, came across their letters! This is a tiny marvel, this book; a memoir of such a short time, such a brief romance, and one which could only have gone horribly wrong anyway, with all the context and historical and social backup to let the jewel shine. 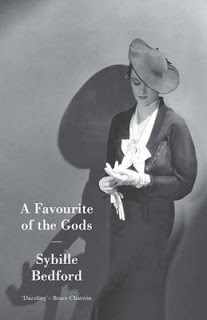 In the second, an American heiress marries a Roman Prince, and moves into his family palazzo, again with his entire family, and all their opinions. She has a daughter, her daughter has a daughter, time passes and things change - well some do  . . .  This one is fiction, but the facts and attitudes and ways of these people at that time in those places is presented with such flair and accuracy it makes me, who has never been to 1910 except in my dreams and my books, start pining. Yes it's all rather Henry James - but this is about women; about freedom, about breaking out, and giving in, and not giving a damn. It brings us up to 1929.

I cannot believe my luck, that reading these books counts as work. So here they are - for your holiday pleasure, or your research needs, Roman Princesses of the early twentieth century.

I'll leave you with another research gift I was given yesterday over a late Ferragosto lunch. I didn't catch all the Italian as the singing was a little ...hm... robust, and involved yodelling, but basically it goes like this:

'There was a nun in a closed order
One day she went into labour
She gave birth to seven cows,
seven cows and a tank
and a combine harvester
with the engine running'

The singer is one of these fellows, my neighbours, the Cardellini del Fontanino: http://www.youtube.com/watch?v=mTv_xMVyXQA
This is about a Spazzacamino - chimney sweep - and everybody (including the priest) keeps going up chimneys and in and out of windows and finding babies everywhere.
This is L'Uccellino che vien dal mare, the little bird who comes from sea:  http://www.youtube.com/watch?v=XZeyHgsRmvE
He wants to make love, have babies etc.

It's all the same really. Love and money. Wishing you all plenty of both, and the time to enjoy them.