The Spirit of the Times - Celia Rees 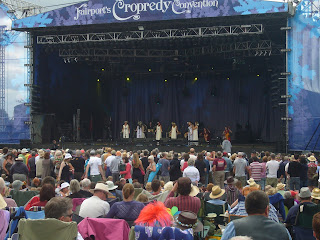 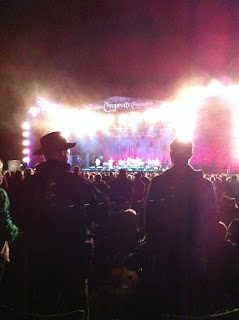 Last weekend, I was at the Cropredy Folk Festival, Fairport Convention's annual August gathering, deep in the Oxfordshie countryside. I'm coming out here. I admit it. I'm a Folk Fan and have been for more years than I care to count. I know I'm not alone in this. There are other Folkies among the History Girls - Katherine Langrish for one.

Fairport have a special place in my heart. I first heard their music at a party in 1968. It was one of those arresting moments when you demand, 'Who's this?' and have to know. I've been a fan ever since. That song was Meet on the Ledge. It was not traditional, it was written by Richard Thompson. Their first albums were a mixture of their own compositions and songs written by other people, they contained only a smattering of traditional music. Then came Liege and Leaf. All the tracks were traditional but Sandy Denny's voice, the drums, the electric guitars and violin brought them right up to date. Made them now.  I fell in love with the music and have loved it ever since.

Folk songs are the poetry of the people. Frequently their only written record. They tell stories which are often vivid little capsules, vignettes of unknown lives. They contain folklore and history. A song like Tam Lin on Liege and Leaf is a treasure trove of faerie lore, an important source, but it is far more than that. It tells the story of a spirited young woman who defies her father, her father's court and the terrifying Faerie Queen herself to save her 'elfin grey' and turn him back into an 'earthly knight'.

These songs express complex emotions: joy, anguish, fear, horror, love, loss and sorrow which are often specific to that song, but also universal. In this, they are like all great poetry but these writers are anonymous. Nobody knows who wrote the original words or the music but these songs were learnt, sung, passed on from one person to another, changed and added to, so they provide a direct channel from the present to the present.  We are indebted to collectors, like Cecil Sharpe, who recognised their  worth and gave them new life. They evoke and conjure the very texture and spirit of the past. These are the hardest things for a writer to discover but they are vital if one is to write historical fiction that is more than a rag bag of yawn making research. Songs act like magical time machines allowing us to step back into the past. They also contain details that are as true now as they were then, and so prove that people don't change all that much. For example the song, Little Matty Groves  contains the lines:

And a servant who was standing by and hearing what was said,He swore Lord Donald he would know before the sun would set.
And in his hurry to carry the news, he bent his breast and ran,And when he came to the broad mill stream, he took off his shoes and swam.
We've all known people who'd do exactly the same thing, carry the tale in a blink of an eye. 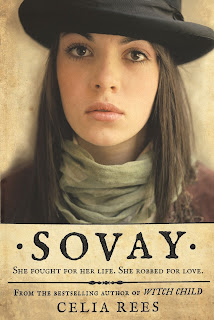 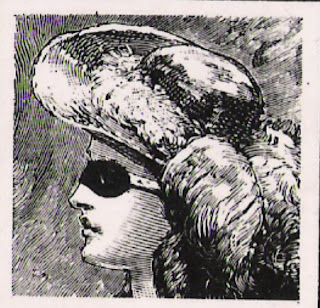 Folk songs inform much of my historical writing because they encapsulate the spirit of their times and that's what I am striving to do. Sometimes, the influence is obvious and direct. The eponymous Sovay came from the ballad of... Sovay. I first heard this sung by Pentangle on their Sweet Child album, many years before I even thought about being a writer but it stuck in my mind.

A girl dressed as a highwayman. What's not to like? But what I really liked about Sovay was the role reversal. She robs the boy, takes his watch, his gold, and demands one thing more

That diamond ring  that I see you wear
Hand it over, hand it over and your life I'll spare.

And you know that she would - she's that kind of girl. Shocking behaviour. Even now. I've had e mails berating me for writing about a girl who would even think of shooting her boyfriend. But Sovay is exactly the kind of girl I want to write about. I'm glad she's still in my head from all those years ago. 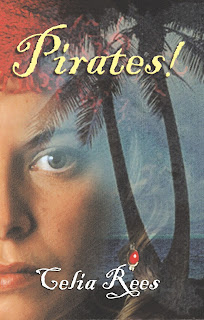 I used ballads less directly, but no less heavily when I was writing Pirates! I used ballads to give the titles to each section of the novel, to conjure my characters, the creak and roll of a sailing ship, the very smell of the sea. I called my lovers Nancy and William, the names most commonly used in the songs.  One of my favourite sea ballads is one of separation, loss and longing: The Dark Eyed Sailor, sung by Steeleye Span. I love the scene setting and the point of view:

The nameless bystander witnesses a confrontation between two lovers separated for seven years by the sea. The young woman thinks her William is drowned, although he is standing in front of her.  To test her devotion, the sailor suggests that she will find another because,

And that is pure poetry. Of course, they are re-united and it all ends happily.

Poetry again. Incidentally, traditional songs like this perfectly illustrate the old Creative Writing saw of 'show and tell'. Anyone puzzling over what that actually means should go to the ballads. They illuminate a told story with vivid bursts of finely observed detail which infuse the narrative with light and colour.

While I was writing Pirates!, I didn't just listen to songs about love and longing. I was also listening to all the ballads about Female Sailors Bold. transgressive young women who broke all the rules. 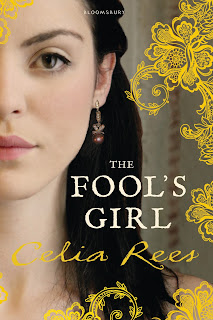 For The Fool's Girl, I turned to the dances, jigs and street ballads of Elizabethan England. One of my favourite dance tunes is called Parson's Farewell. It was a popular tune in the 16th Century, so Shakespeare would certainly have heard it. My favourite version of it is by Bellowhead. Absolutely 21st Century, but I'm sure Shakespeare would have enjoyed it immensely. 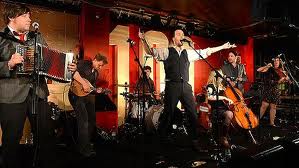 Folk music is a well of inspiration. I first heard Pentangle in an underground record shop and Steeleye Span at my university bookshop and remember the excitement I felt. The stories lend themselves to writing and the music itself is inspiring to write by. Love it! :)

What a great place to find inspiration for your writing! I'm glad you shared this.

Lovely piece! Songs are enormously inspirational and you've made good use of yours!!

Thank you for a lovely reminder of all those great songs and folk singers of the Sixties and Seventies. I too have always felt that these songs are the authentic voice of the people. (And now I'm off to sing while I sort the laundry...)

Singing and laundry sorting - History Girls blog is a real inspiration, Ann. Glad I've struck a chord (sorry!). Got to play a lot of old favourites again, so it was fun to write.

Love 'Sovay'! The book and the song!

Yes you must check out the EFDSS 's Full English website or even pay a visit to their library, to research some of the wonderful tales of love, death, war, etc that is encapsulated in our national treasure - our English folk song tradition. It is a wealth of sources for story.
Maybe you heard the Radio 4 programme on last week on Tuesday morning at 11.30 all about English folk song? If not then try Listen Again.

Some brilliant old favourites here - but so interesting that you made such good use of them, Celia!

And am indebted to you, Sue, for giving me the idea to turn the fabulous Sovay into a novel. I missed the programme about folk music, Laura. Will, indeed, listen again.

Really love this music and this post, Celia - and maybe there's still time to catch that R4 programme too, Laura.

There was, with "one day left to listen" ie today!

"Laura's" programme was about how many of the English folk song archives in the collection at Cecil Sharp house are now availble through the newly-created Digital Folk strand on their website.

Ooh! Thanks Penny! Will have to get listening!