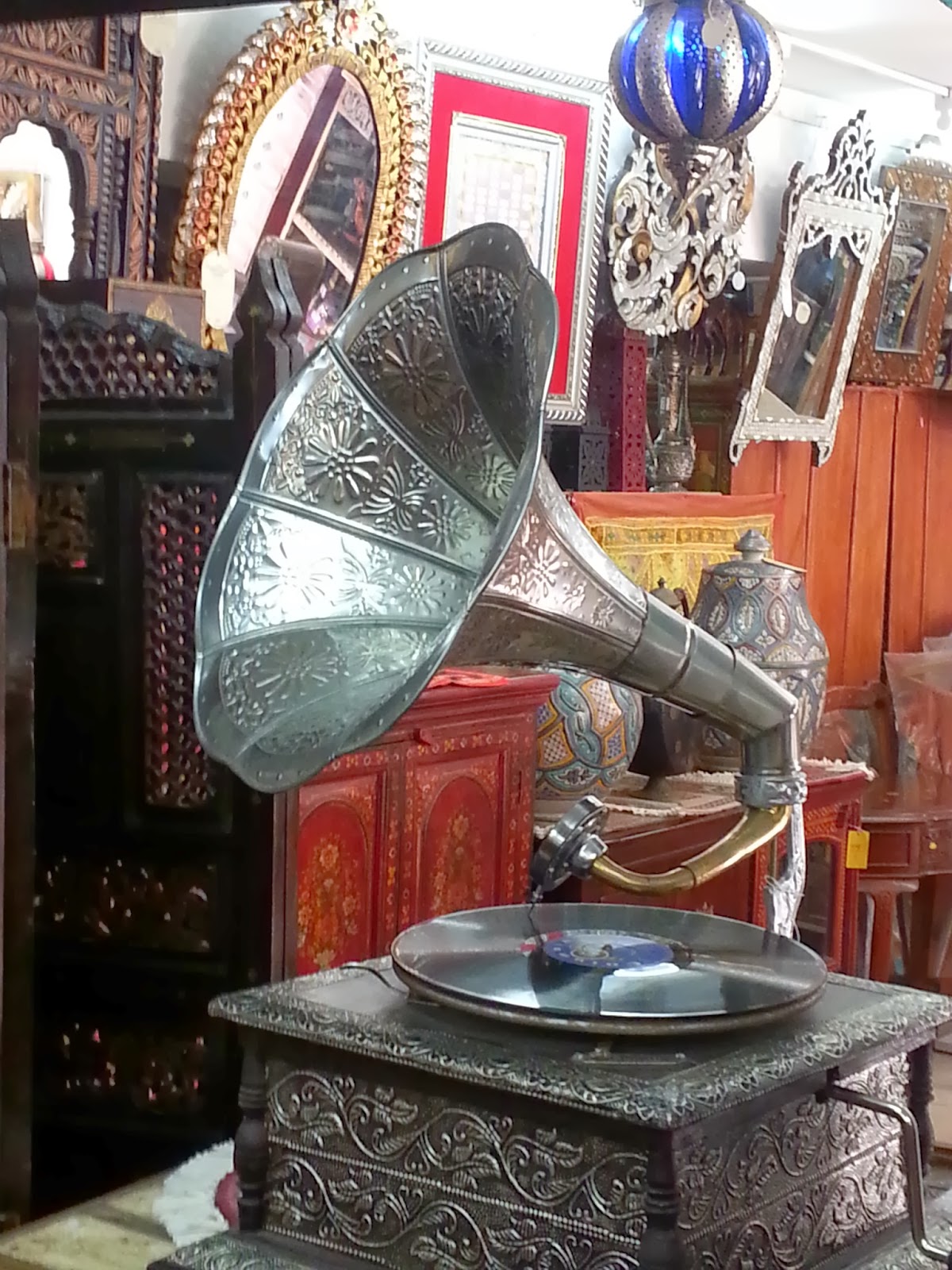 Browsing in the souq this morning, it struck me again how strange (particularly for someone who adores history), it is to live in a city that is so new. The oldest building dates from the 1980s, the souq has been rebuilt to look more picturesque, and the antiques are rather more recent than you would at first glance believe. It's a city creating itself, buildings rising up out of the desert, and it's an interesting time to be here.

Writing historical fiction (with all the inherent contradictions just in the name alone), is rather the same. We take the past and create something new - our interpretation shapes what is known into entirely new characters, objects, cities, worlds.

Perhaps you are the same when you're working on a new book - the brief rest between edits over the holiday was filled with an orgy of reading and films, (for me, at least, books and movies are the ultimate rewards). One of the films was Marie Antoinette (2006, Sophia Coppola). Based loosely on Lady Antonia Fraser's biography, it played pretty fast and loose with historical fact. Fraser was interviewed on the DVD, and she said how remarkable it was to see the film, and as a medium how deftly it imparted information (the description of a single bodice could take pages, but on film a picture's worth a thousand words ...). Then this image flashed onto the screen: 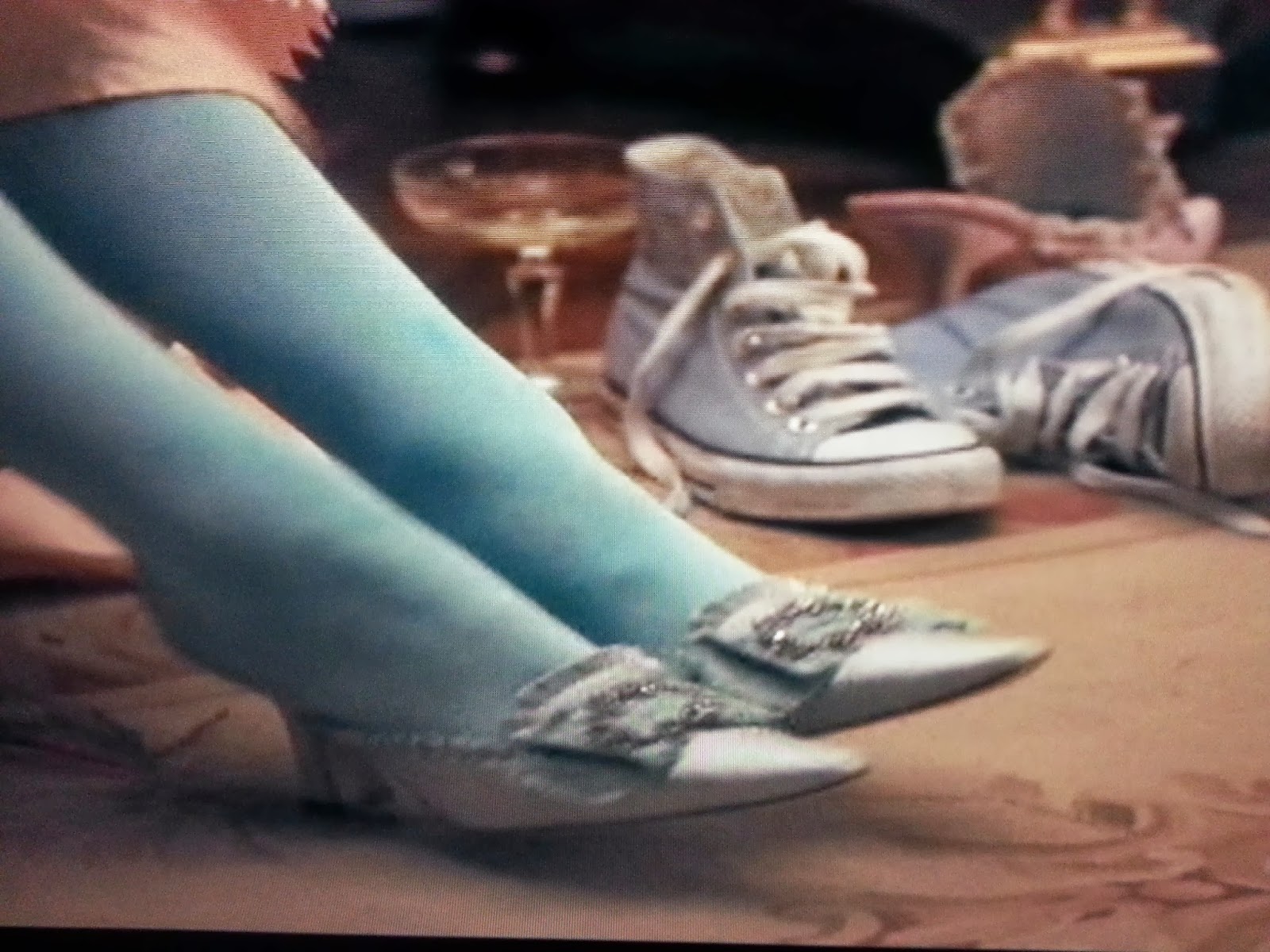 My immediate thought was that continuity had missed the Converse trainers - but then it seemed so deliberate, so styled, I did a little research. Coppola used the image as shorthand to show the youth of Marie Antoinette and her ladies in waiting. I'm hoping perhaps you can come up with some examples in fiction where writers have managed to pull off something similar?

Perhaps film manages to break the rules in a way prose can't. Another favourite, filled with deliberate anachronisms is 'A Knight's Tale'. From the suspiciously familiar logo hammered onto William's armour by the female blacksmith to the soundtrack, the director played with twelfth century history in a way I just don't know if you can with fiction? For those of you who write in this era, it would be interesting to know how historically accurate the rest of the film was - the armour, architecture etc? 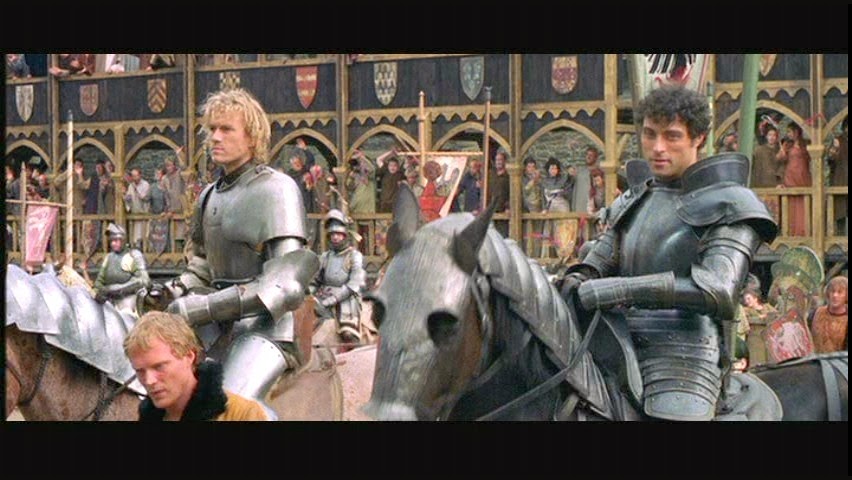 There's an assumption that although we are creating worlds from our imagination, they are rooted in historical fact. That we do our best to tell the truth. That we weed out anachronisms of dress, speech, even emotion. Certain genres lay their cards on the table and are clearly breaking the rules - for example alternate realities like Harris' 'Fatherland', or Steampunk novels (I'm rather taken with these keyboards just discovered browsing for images): 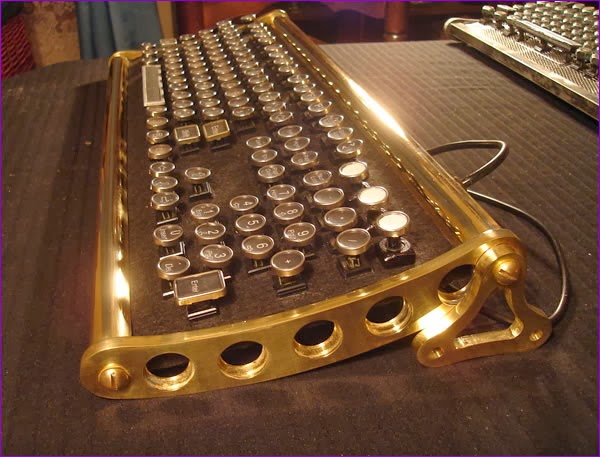 Perhaps every work of historical fiction is partial, telling as much about the writer as the reader's review does of them. No doubt you've had feedback - good and bad - from readers because your fiction does or doesn't fit their notion of the past, even if your facts are watertight. Some truths are concrete, some are simply more open to interpretation. Celia Rees' recent excellent post on HGs 'Shelve Under Venus or Mars' highlighted the gender snobbery in histfic - that some books are (grinds teeth), seen as 'girl fiction'. This was a charge levelled against one of my own books in a stinker of a review on Goodreads (yes, I now know you shouldn't read them, but it was my first, and yes I can quote it from memory ...). Because the girls wept when their friends were killed, because they had love affairs, because they danced with as much enthusiasm as they flew - to that reader it was 'girl fiction' whereas she prefers 'boy fiction'. The fact it was based on unpublished WW2 diaries belonging to brave male and female pilots which recorded heartbreak and love alongside their flying hours is neither here nor there - it didn't work for that particular reader, and the emotion was a jarring anachronism for her.

Studying English, much was made about 'the willing suspension of disbelief' and the risks of breaking the fourth wall. It's a risk to shatter your viewer/reader's investment in the idea that somehow this history, this fiction is 'true'. A single stitch dropped in the tapestry of your story can ruin the entire fiction you have woven - your reader no longer trusts you. I'd be fascinated to know if anyone can think of examples in fiction where deliberate anachronism has worked - or indeed your favourite examples of accidental anachronism. While you're thinking, enjoy a wonderful scene awash with anachronisms from 'A Knight's Tale':

I love Coppola's Marie Antoinette with its Adam Ant songs, Moulin Rouge with its modern soundtrack, and Baz Luhrmann's Romeo & Juliette with guns and newsreaders. * Adds A Knight's Tale to view list * Can't think of the book that carries it off though, shame...

That dance scene enlivened my morning no end! Maybe we accept the anachronisms just because film is such a "modern" and often self-referential medium? So we can enjoy "asides" to the plot and time easily, especially when they are part of a playful mood and approach rather than a single specific "error" in a serious film. But playful anachronism in historical books? Can't think of any myself.

Same here, Clare - love the quirkiness of Coppola and Luhrmann's films. I think Penny is right - it's that element of playfulness. Still trying to come up with straight histfic that does this (rather than genres like Steampunk, or those with fantasy elements).

I think Rosemary Sutcliff is doing it in a subtle and intelligent way with the soldier singing 'I kissed a girl at Clusium' in the Eagle of the Ninth. And then there's The Sword in the Stone....
Great post!

Alan Garner has a really interesting use of anachronism in Red Shift - his Roman legionaries speak like US soldiers in Vietnam. And yet it doesn't come across as anachronism as much as, hmmm, imaginative translation?

Angela Carter does it, sort of, in Nights at the Circus - the heroine Fevvers is modern and self-knowing beyond realistic historical possibility. But of course she does also have wings...

and yes, Sword in the Stone is a great example. But I think you are right, deliberate anachronism is much harder to get away with in books, for some reason.
Lily

Mention is made of Luhrman and Coppola; I would add Madden to the list and recommend "Shakespeare in Love" for its wonderful Norman/Stoppard script and its glorious anachronisms.

Film is a visual medium, where the director shows you what he/she wants you to see.

Fiction allows the reader a bit more choice because, although the writer describes, shows and tells, the reader creates the picture (the film) in her mind.

Thanks for that cut from "A Knight's Tale." Such delight. And I still miss Heath Ledger.

Theresa - thanks, I shall take a look at both of those.

Ramubtanchik - I haven't come across Garner. Sounds like exactly the kind of thing I had in mind.

Petrea - that's the beauty of books, isn't it? The reader brings so much of themselves (which I think is why with histfic there can be room to disagree about 'facts'). Yes, love 'A Knight's Tale' - HL a great loss.

I researched jousting for my 'The Lady in the Tower' and was surprised by how accurate a lot of the material in A Kinght's Tale was. I love that film!

You have given me some food for thought, anyway!

A lot of the debate about (accidental) anachronisms reminds me of the debate(s) about how computers and the Internet are represented in fiction and on-screen. I think the "errors" jar the sensibilities of people who have some degree of expertise... but don't matter at all to the wider audience.

Tricky thing, history... because so much of it stands on a *really* shaky foundation, to wit, memory. Can almost make one wonder if any such thing as "historical fact" actually exists!

Marie-Louise, that's interesting! It was such a confident film, I always wondered if they did a good job of rooting most of it in 'fact' allowing them to play.

John - exactly, and nothing dates a movie quicker than technology (the flip phone, green screens).