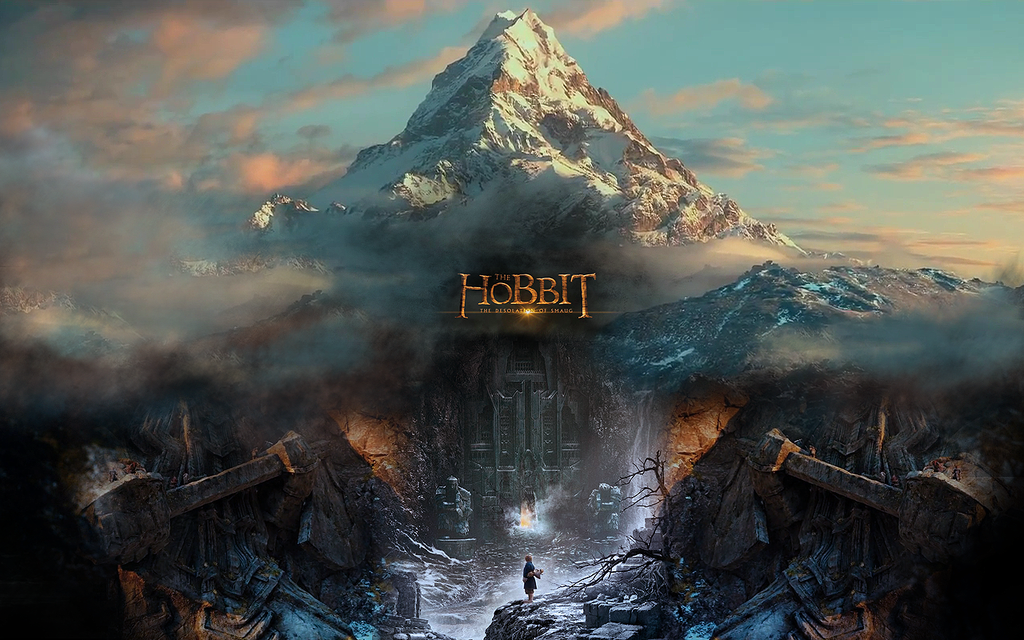 On Wednesday, I went to see The Hobbit: The Desolation of Smaug. Don't worry, this blog is not about the film, I just like the poster. I went alone, because no-one wanted to come with me (not being Hobbit fans) and I quite like going to the cinema on my own. I went to see the film at Warwick University. I arrived with time to spare so I went into the bookshop. A bookshop is a good place to while away some time (if you can find one). When I was in there, a book caught my eye. It was not directly related to the book I'm writing at the moment, so I hesitated about whether to buy it. It was a hardback. expensive, I could get it cheaper online, no doubt, but I wanted it - I was still early, I could read it in the coffee shop, I reasoned, so I bought it.

I didn't have to read much before I began to see that this book was relevant, very relevant to what I was writing.  By the end of the film, I knew it wasn't just relevant, it had given me a great, perhaps transforming idea. I was excited, I made notes on the bus home. I couldn't wait to get back to my desk, do some planning, see how my new idea would fit in. It did, good ideas always do, more than that, it took me to other places. Maybe a great idea then? Too soon to say but it has given me a huge injection of energy, made me want to write.

I began thinking: how often does this happen? How often do chance encounters transform ideas, or put them into your head in the first place? Such times are magical, exciting, some of the finest moments in writing, but they are also rather terrifying because they are so unpredictable.  If I hadn't gone to see the film, if I'd been on time, or late, hadn't gone into the bookshop, I wouldn't have seen the book, wouldn't have bought it, I would have continued working knowing that there was something missing from my plot, but not knowing exactly what.

When I thought about it, this has happened at some point in nearly every book I've written. Sometimes, it is right at the beginning: it is the germinating idea. Sometimes, it happens later and leads to a transformation but it is always impossible to see coming. You go to see a performance of a play (this performance, not another),  walk down a street (this street, no other), visit a house, a gallery, a museum, read a newspaper, have a chance conversation (with this person, on this day) and suddenly the idea is there.

There's no way to predict it, or make it happen - it's serendipity. There's a lesson here, I think. Writing isn't all about word counts and putting time in at the desk. Sometimes, it's more important go out, look about, be open to what's around you and be prepared for the unexpected.

Does this happen to other people? I'd love to know...

Email ThisBlogThis!Share to TwitterShare to FacebookShare to Pinterest
Labels: Celia Rees, The Hobbit: The Desolation of Smaug, Warwick University

Some of the best ideas I've had have been from books I found on the remainders table. And not every bookshop has them. I happened to unearth a beautifully illustrated edition of Marie De France's Breton Lais on a remainders table one day in a bookshop I just happened to walk into that particular day and got the germ of my fantasy novel Wolfborn. I walked down a street near my home and the name embedded itself into my memory and turned up in a dream, which gave me ideas for the universe I've used many times since then.

Mind telling us which book this was that so excited you? :)

If I'm working hard on something and have been putting time and energy into it, I'm more open to the experiences/sights/sounds/whatever that will enhance it.

But there is luck, or serendipity, involved. That's certain.

Yes, Celia, exactly! I sometimes court serendipity by straying into a corridor of the London Library where I apparently have no business and running my eyes along the shelves. 'Oaths' has recently proved a revelation.

It is not just books. Ballet or mime, by their very silence, can offer you a gesture or a sequence that just begs to be turned into words. You suddenly know your trade and why you are here. To translate the world. That is very exciting.

Are you really going to tantalizingly withhold the name of the book, Celia?
x
M

As Petrea says, serendipity is out there - and very exciting too! - but the work comes first.

I think it's because you are already involved and working on the story that you are open to these revelations. And your radar is on the alert for books that might be useful. It has happened to me several times - either the inspiration that changes the story, or finding a book by chance that has just the information I need. It does feel like magic. It also makes me feel somehow that I must be writing the right book because everything is coming together.

It happens to me all the time, Celia!

The strange thing is this: More than once I have found a life-changing book halfway around the world that I could have bought at home. Is it because our antennae are more sensitive in new places?

Serendipity also happens with chance meetings and sometimes what seems to be a set-back can turn out to be a creative blessing!

So glad to learn this happens to other people. - This has happened to me throughout my writing life. I can know nothing about a subject - and then as soon as I need to know about it for a book, it seems that every magazine I pick up, every book I randomly pick up in a charity shop, every TV and radio programme I happen to switch on half-way through, every person I bump into by chance, has something useful to tell me about it. - I've almost come to expect it, to feel, Oh well, that stuff I need to know, it'll turn up.
Sometimes it's not even stuff that you KNOW you need to know - it's something that you had no idea was relevant and weren't looking for - and then a throw-away line on something like Time Team makes you jerk upright in your seat, thinking: Yes!

And what about when you plan something into your story without much thought - and then find out it's vital to the plot? For instance, I recently assigned a job to a heroine's mother on the basis that she had to be doing something... So, okay, I'll make her an X, (because I happened to know someone who did that job.) And now, as the plot develops, it's beginning to look as if the mother being an X is going to be very important. That also often happens to me - and I get the feeling that I didn't plan it, but someone did...

Very true, Susan, about things suddenly turning up all over the place just when you need them. Probably it's BECAUSE you need them that you suddenly notice them, but still... I was researching for a children's book on crime in Australia. I'd been asked to do a chapter about a nasty piece of work called Tony Mokbel. Kids' books need to have some humour and silliness about them - what could I say about him that would entertain my young readers? I went for a coffee to McDonald's, where they don't harass you to buy something else and they keep newspapers. I opened the local Rupert Murdoch rag and there was a double page spread about how Mokbel planned his escape from Australia, got seasick most of the way, and hw he was caught again. Just when I needed it!

Such unexpected moments feel like blessings, though from where I don't know.

obviously struck a chord here. We ARE more open tuned to our subject, once we are working on something, that's true Ann, and being in a new place can make one super alert. I've done what Sue mentions more than once - have a character pitch up, assign him a job and find he's very important, in one case the catalyst for a whole new novel. Thanks for the comment, Sue. Seeing you there reminded me that a chance conversation with you was the beginning of Sovay...

Excellent, I have full license to go to the cinema, walk the fields, drink with friends, all in the name of research then. I have always said so, and am glad so many others find such 'casual research' as helpful as I often do.

Yes, it has often happened to me too and then I frighten myself wondering what would have happened to the book if I hadn't looked in that newspaper, or that bookshop...

I know what you mean about the energy, too. I remember going to see Schindler's List, and then being driven to write about Nazi Germany. That was the beginning of Last Train from Kummersdorf. Though sometimes, I have an idea simmering in my head for years and years and suddenly it shoots to the boil.