The Walter Scott Prize for Historical Fiction 2014 by Elizabeth Laird

In the five years since its inception, the Walter Scott Prize for Historical Fiction has grown in every way, reflecting the increasing importance of historical fiction in the literary output of the English speaking world. Historical novels, once disdained by the cultural establishment, now regularly appear on major shortlists and scoop up the biggest prizes. Last year, for example, Eleanor Catton's extraordinary novel The Luminaries won the Booker, while Kate Atkinson's thought provoking and engaging Life After Life won the Costa.

More and better entries come the way of the judges every year, and 2013 produced the strongest longlist ever. It was a tough job to whittle it down to a shortlist of six, and passionate opinions flew about the table as the judges met.

Life After Life by Kate Atkinson

This unusual novel is sharp, funny and profound. In another writer's hands, the constant re-spooling and re-enacting of scenes to bring about different outcomes might have become tricksy, but Kate Atkinson makes the device a compelling commentary on the tiny coincidences in our lives that can have life-changing consequences. The spine of the book is the character of Ursula, who plays out the different possible events of her life with consistent courage and feeling. A very good novel and a terrific read.

The Luminaries  by Eleanor Catton 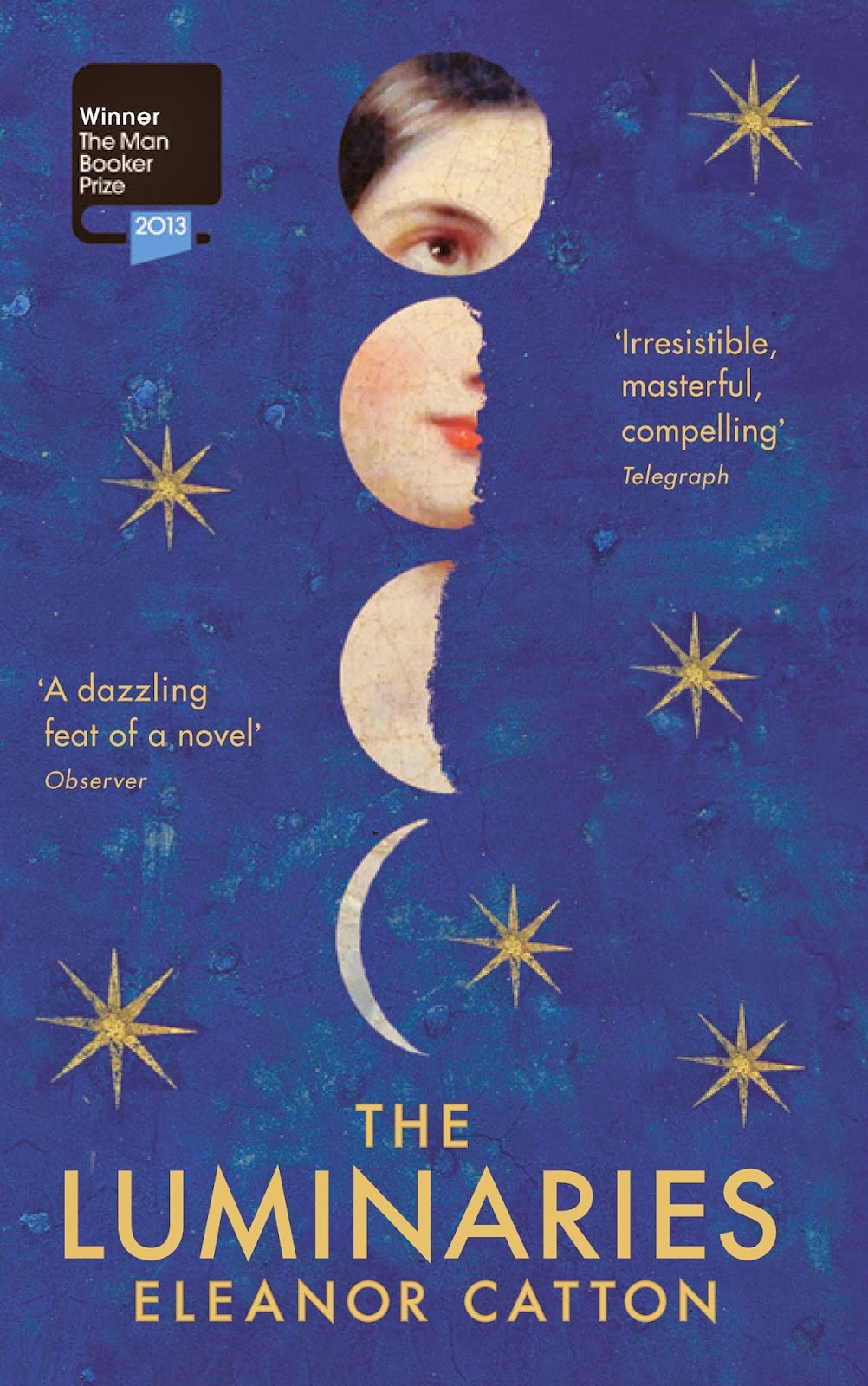 The hype over this Booker Prize winning novel has focussed on its cleverness, the youth of its New Zealander author and its length. It's true that the architecture of the book is unusual and brilliant, the author is indeed young, and the book very long, but the judges were gripped by the story, by the diverse and well-rounded characters, the hysteria of the gold rush in Hokitika, and the playing out of each of the many characters' needs and desires, all within the framework of a mystery that needed to be uncovered. This novel perfectly captures the tone of Victorian antipodean dialogue. It evokes vivid images of the gold rush town, the diggings inland, the ships that connect the miners with the outside world, and it brings to life the complexities of the place and time: the despised and exploited Chinese miners, the few options open to women, the bullies, the crooks and the honourable men. It takes a little time to get into this complex novel, but it richly rewards the effort. 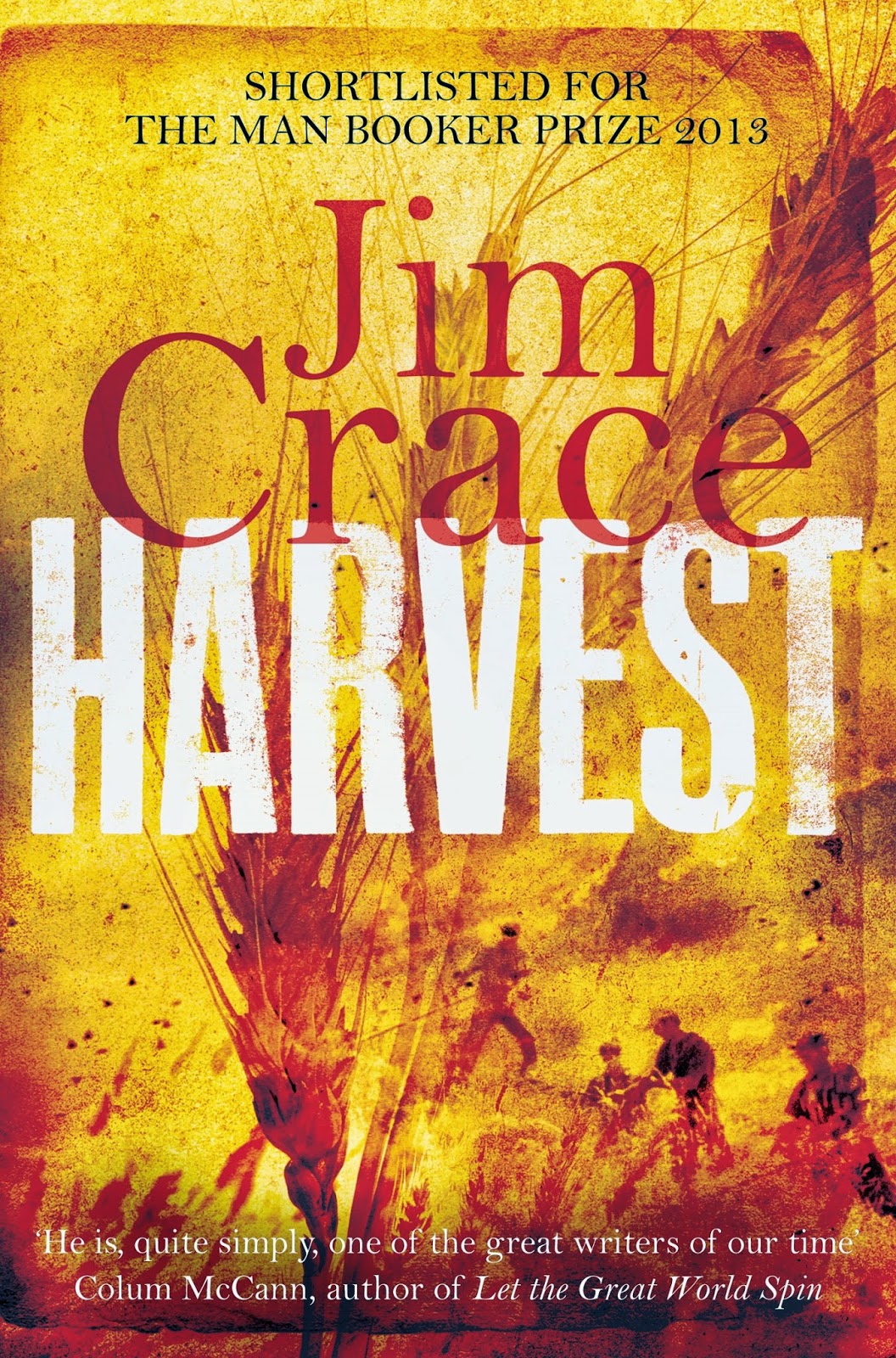 Jim Crace's Harvest is as much a poem as a novel.  A remote English village is caught up in a frightening series of events after three strangers arrive and the manor house goes up in flames. The narrator, Walter Thirsk, who is himself a relative newcomer, watches his village fall victim to the brutal economies of the English clearances as the feudal order of medieval England, its kindly squire and its subsistence tenantry, are swept away.
There is a mythical, mystical quality to Jim Crace's writing. His story takes the reader beyond its particular time and place. Its depiction of a society in the grip of a profound and destructive social change is chillingly relevant to us today. 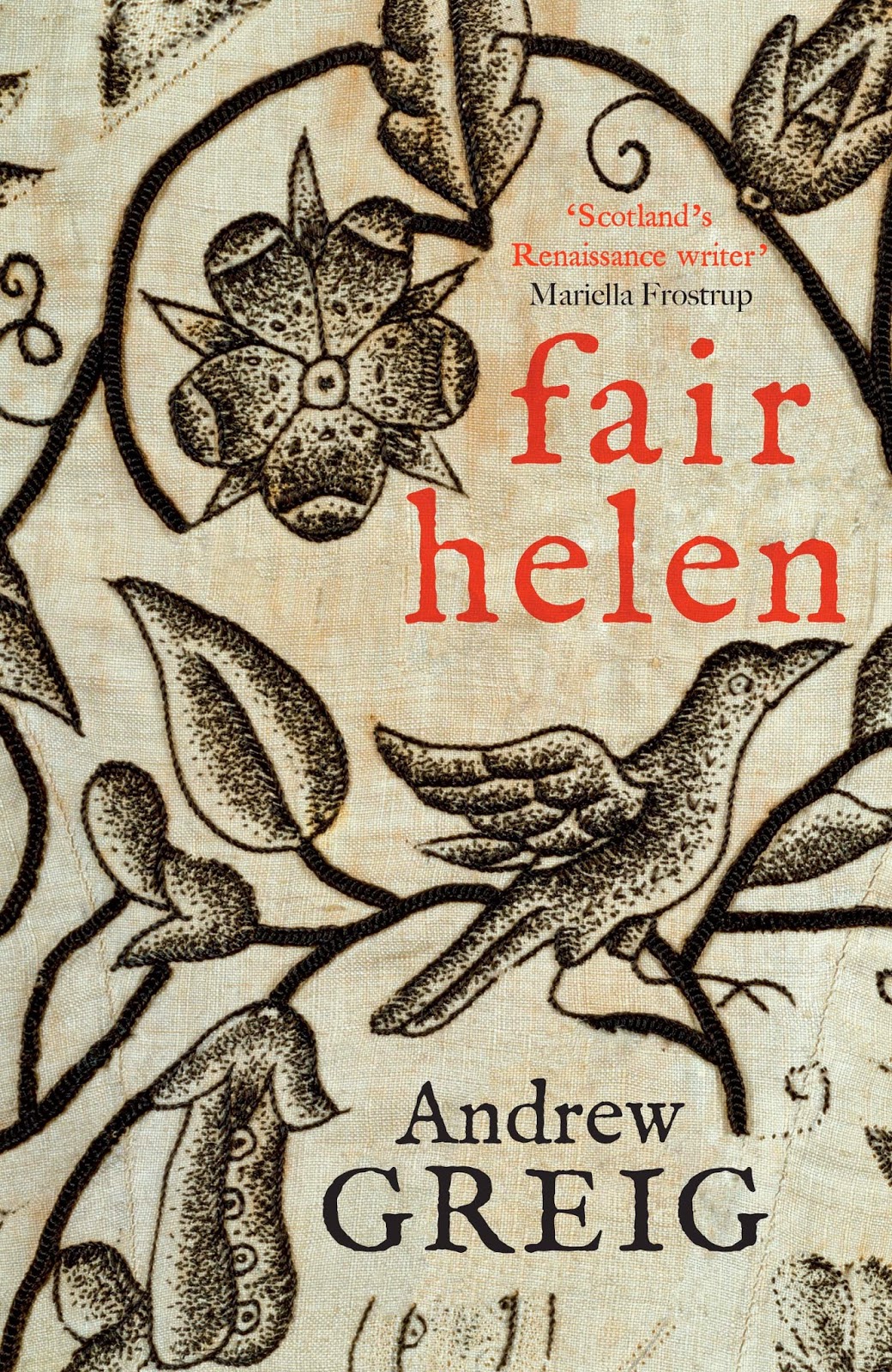 This is a rumbustious adventure story, bang on the tradition of Walter Scott and R.L.Stevenson. Set in the Border region between Scotland and England in the turbulent sixteenth century, the novel tells the story behind the ballad of Fair Helen of Kirkconnel and her lover Andrew Fleming. It was a time of banditry, or "reiving" as it was known, when lawlessness ruled in the border lands, and the feuding families, intense in their loyalty to each other and their hatred for their rivals, were not unlike the Mafia clans of today.
Some people will be daunted by the Scots dialect in which the novel is written, but a little effort in the early pages pays off, and you quickly get used to the rhythm and the few unfamiliar words. The glossary at the end of the book is useful.
A good old-fashioned yarn in the grand tradition.

An Officer and Spy  by Robert Harris 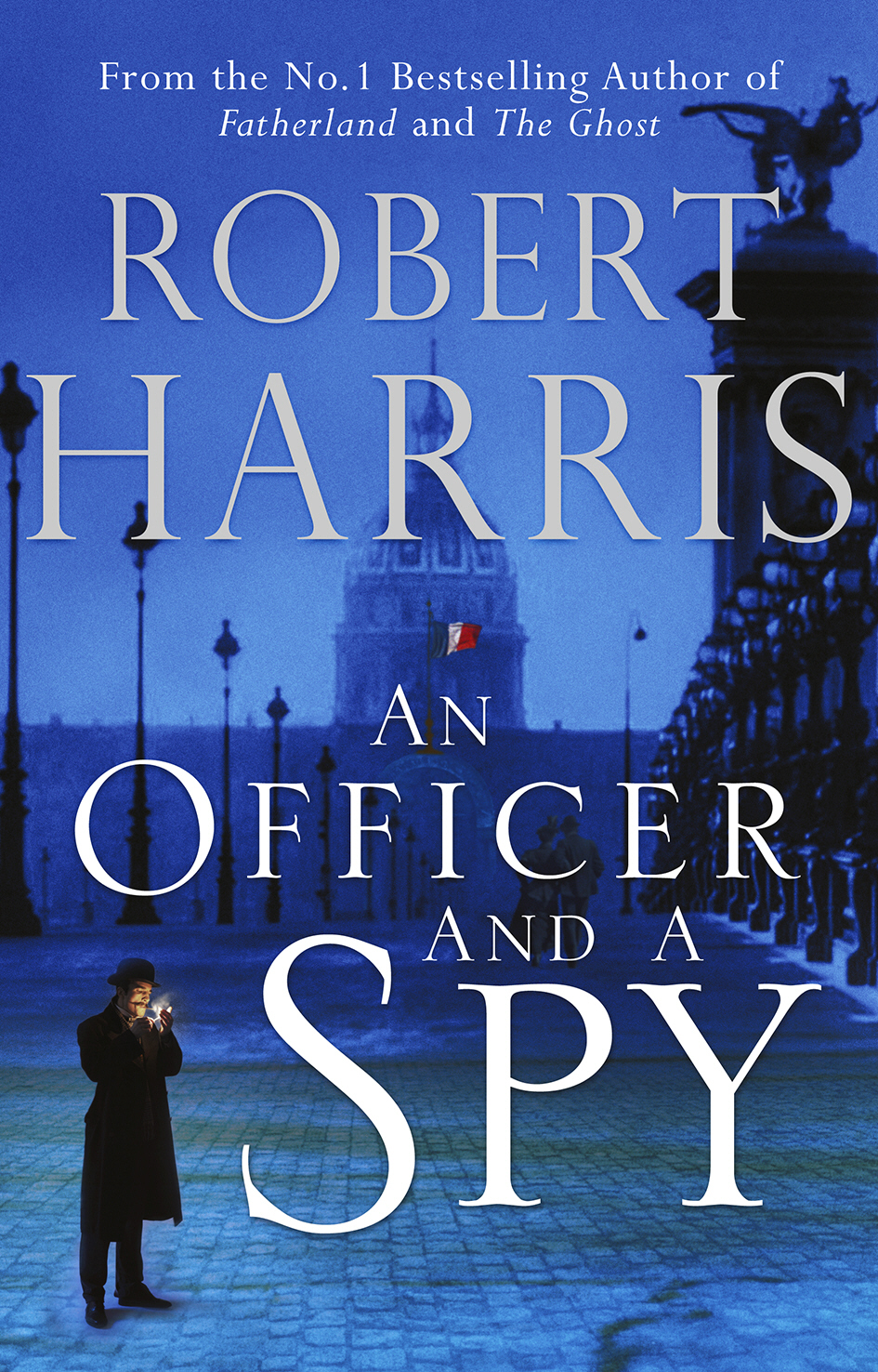 The Dreyfus affair, in which a Jewish officer in the French army, Alfred Dreyfus, was wrongly convicted of being a German spy and consigned to viciously cruel prison on Devil's Island, still resonates today. It caused a trauma in France which still hasn't quite healed, and the continuing existence of Guantanamo Bay provides a dreadful modern parallel.
Robert Harris, whose historical fiction includes his Cicero novels (Imperium and Lustrum) and his World War Two thriller Enigma, has surpassed himself in this powerful and shocking story. The characters of Georges Picquart, Major Henry, Count Esterhazy and Alfred Dreyfus leap off the page. The characterisation is vivid and the dialogue pitch perfect. This book had me reading until three o'clock in the morning.

The Promise by Ann Weisgerber 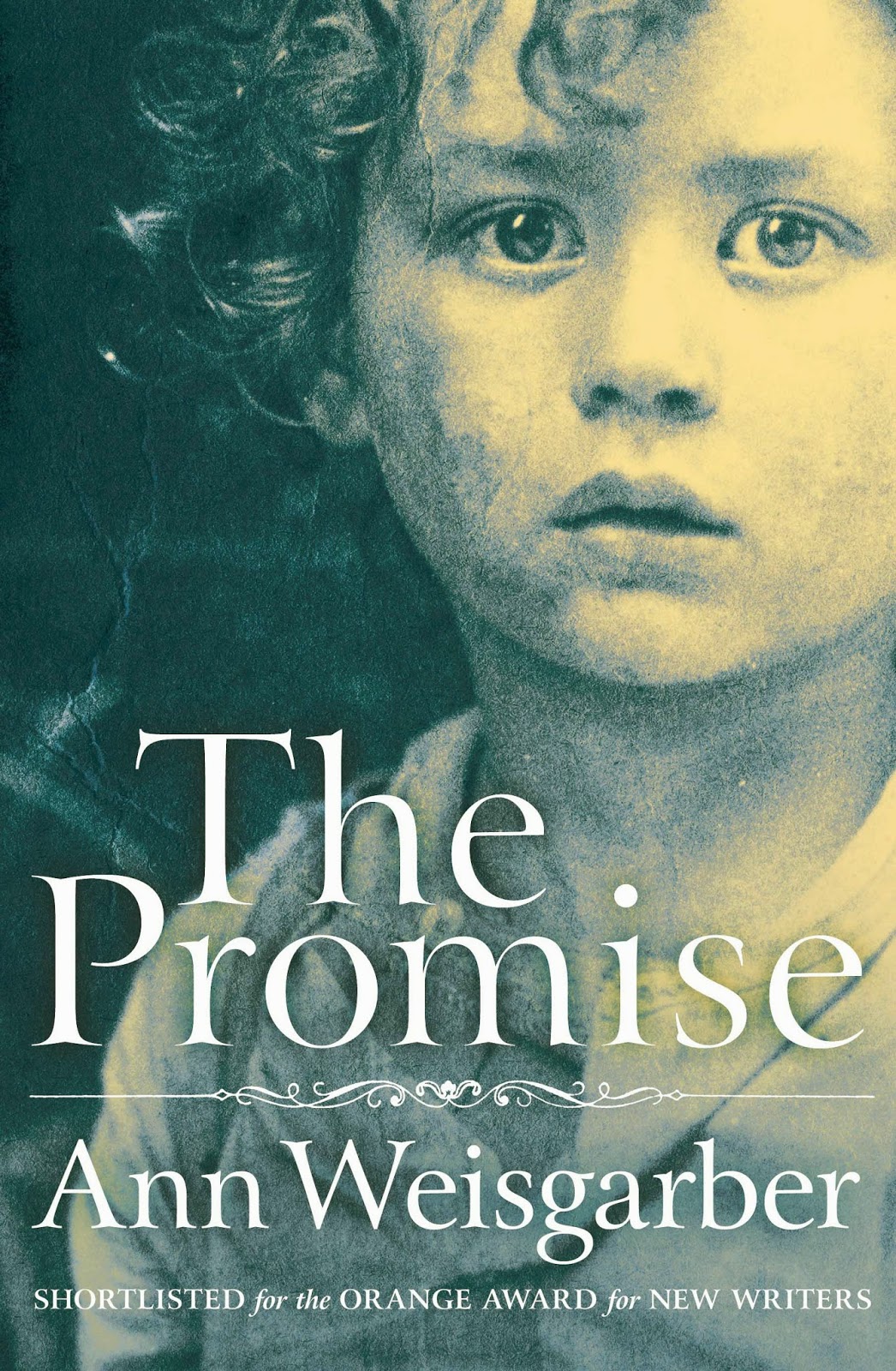 The Galveston Hurricane that hit Texas in 1900 killed an estimated 8000 people, four times more than those who lost their lives in Hurricane Katrina. It was the worst natural disaster ever to hit the United States. Ann Weisberger's tender novel evokes the small island of Galveston perfectly. Her characters are caught up in their own complicated lives. Catherine and Oscar, from widely different backgrounds and with very different needs, try to create a family for Oscar's son, observed by the beautifully drawn Nan Ogden, all of them unaware of the disaster soon to strike. The reader lives with the characters in this fine novel, and will never forget the description of the hurricane itself.

Posted by Elizabeth Laird at 10:30

Thank you for this! So far I've loved The Luminaries and Life after Life. I'm looking forward to Harvest next.

Have only read Harvest so far - enjoyed that. But Life After Life is on my Kindle, and the Robert Harris book is on a pile nearby - looking forward to both. Must be very interesting being on the panel.