"Converting Our Island into a Peninsula" - Joan Lennon

You know how it is - when I was researching the Slightly Jones Mysteries* I came across far more fascinating tidbits than could possibly fit into the stories themselves.  My publishers kindly allowed me to play with a section at the end of each book, with Did You Know?s about the 1890s, about the different cities each book was set in, interesting facts, quizzes and challenges. For example, at the back of The Case of the Hidden City there is this question:

TRUE OR FALSE?
Today many people travel to Paris from Britain by train, going through the Channel Tunnel.  The first proposal for a Channel Tunnel was put forward early in the 20th century.

FALSE.  Out by 100 years!  As early as 1802, French engineer Albert Mathieu had come up with the idea of a tunnel under the English Channel, lit by oil lamps, with horse-drawn coaches and an artificial island halfway across for changing horses.

That was all there was room for, but here is a picture of Matthieu's vision, complete with chimneys that go up to the surface to help purify the air.

Nothing came of it, but the idea was still out there, as this 1805 cartoon of a possible invasion plan by Napoleon, by sea, in the air, and under the ground, suggests: 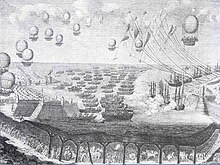 Fifty years later, and we see Thomé de Gamond's 1856 plan for a Channel tunnel, with a harbour and air shaft partway across on the Varne sandbank. 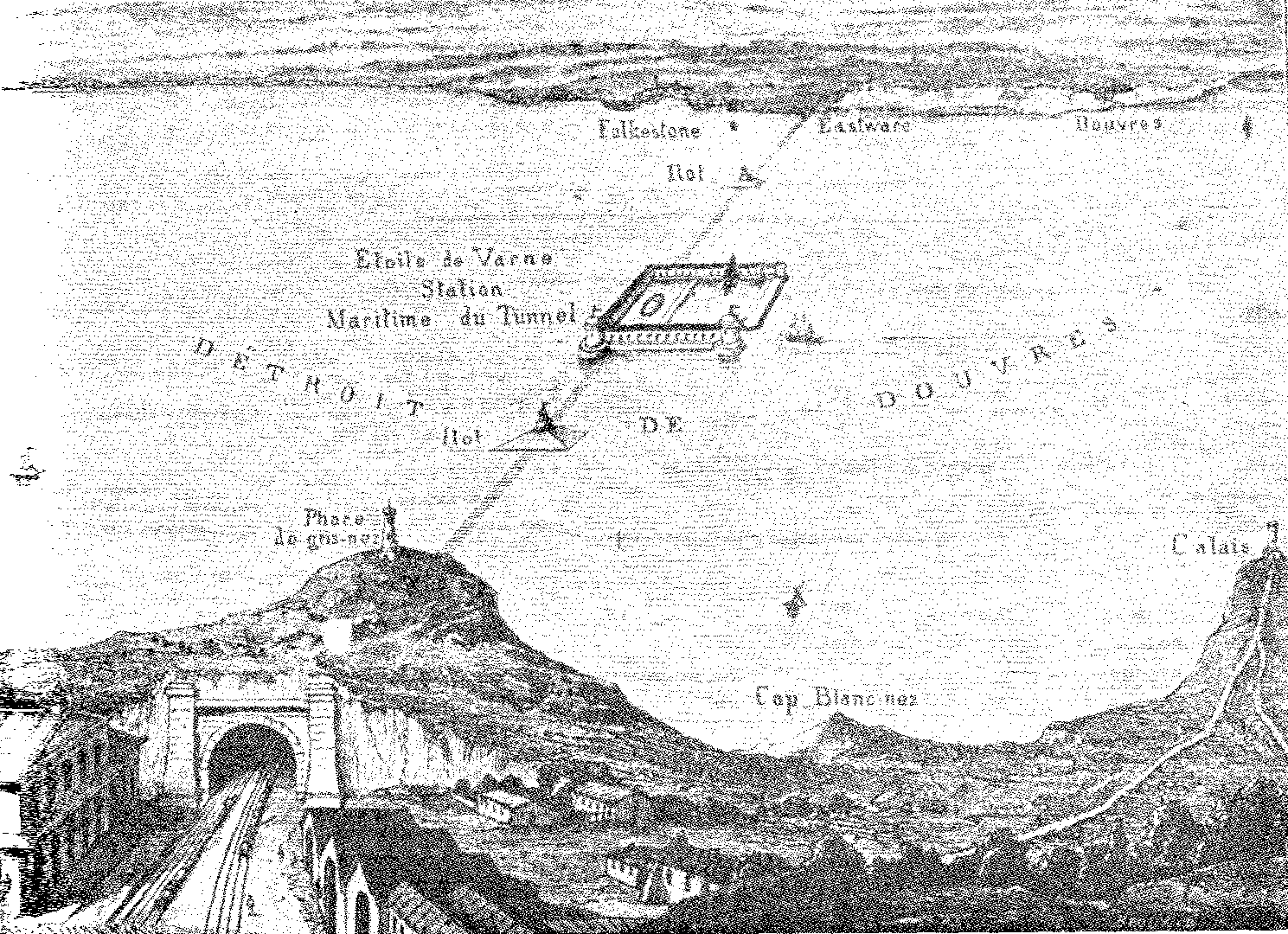 The New York Times in 1866 published a report from The Railway News, which wrote about Gamond's proposal as a challenging but entirely doable project.

"The estimated cost of the whole work was 170,000,000 of francs, or rather less than £7,000,000 ... The whole work would be completed in six years.  We are by no means sanguine that the plan of M. GAMOND  will ever be carried out; but certainly the plan of converting our island into a peninsular by means of a submarine isthmus is one within the range of the engineering science and mechanical appliances of the present day.  The grave and practical question, "Will it pay?" involves the consideration of other and totally different questions."

In spite of the reporter's lack of sanguineness, the proposal was accepted by Napoleon III and Queen Victoria - until the Franco-Prussian War put paid to it.  General Wolseley was adamant that:

"A couple of thousand armed men might easily come through the tunnel in a train at night, avoiding all suspicion by being dressed as ordinary passengers, and the first thing we should know of it would be by finding the fort at our end of the tunnel, together with its telegraph office, and all the electrical arrangements, wires, batteries, etc., intended for the destruction of the tunnel, in the hands of an enemy ... The invasion of England could not be attempted by 5,000 men, but half that number, ably led by a daring, dashing young commander might, I feel, some dark night, easily make themselves masters of the works at our end of the tunnel, and then England would be at the mercy of the invader."

Interesting! And after all this time, we have the tunnel and the physical link to Europe, but an awful lot of people seem to be just as wary of closer ties with the Continent as General Wolseley...

What fun your researching sounds, Joan, and glad that your publisher agreed to including your findings.