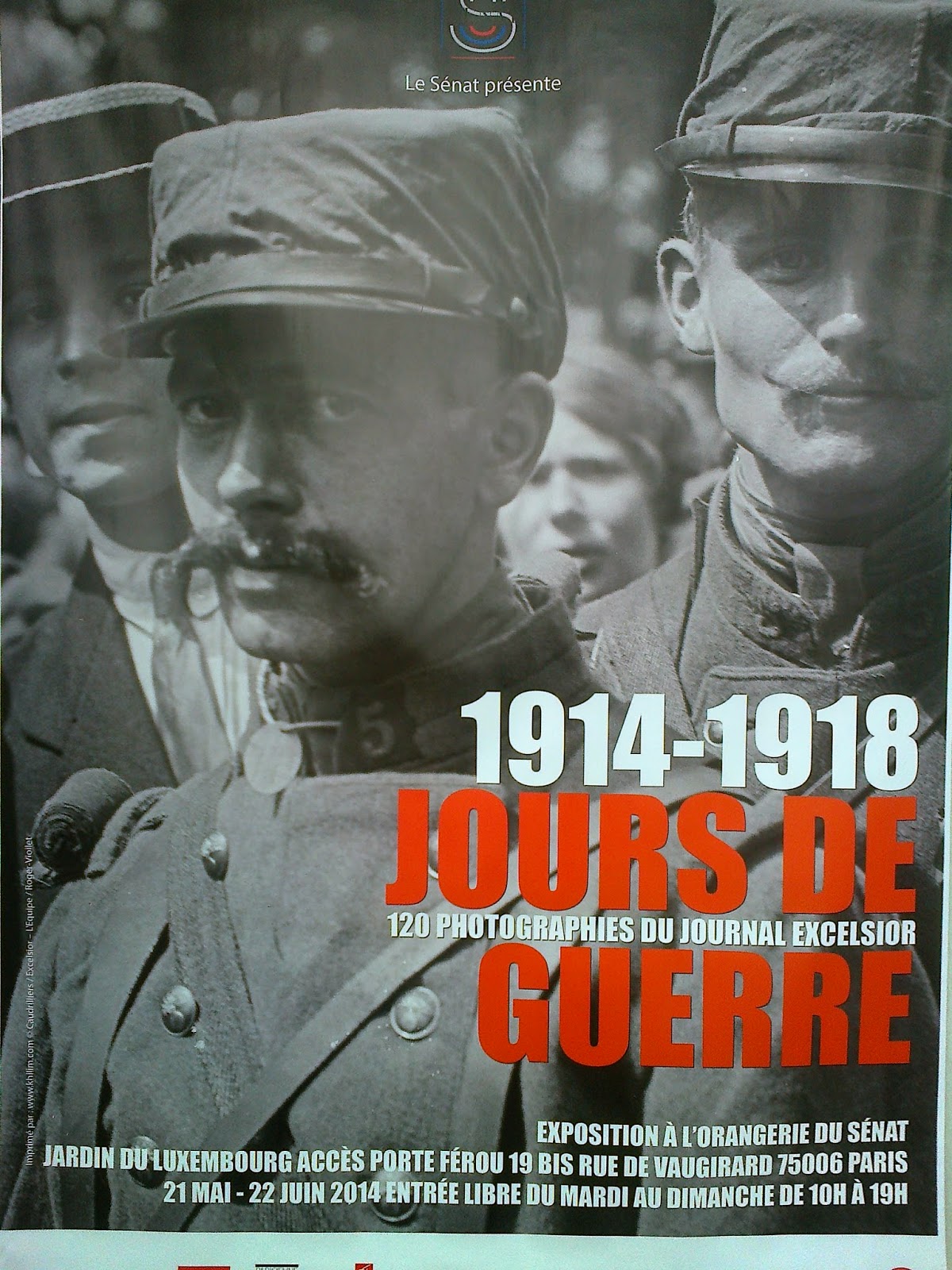 I was lucky enough to be in Paris for a long weekend, last weekend, and we walked down to the Palais de Luxembourg.  The formal gardens there are lovely - shady, full of statuary, with an ornamental lake on which little children can sail boats. 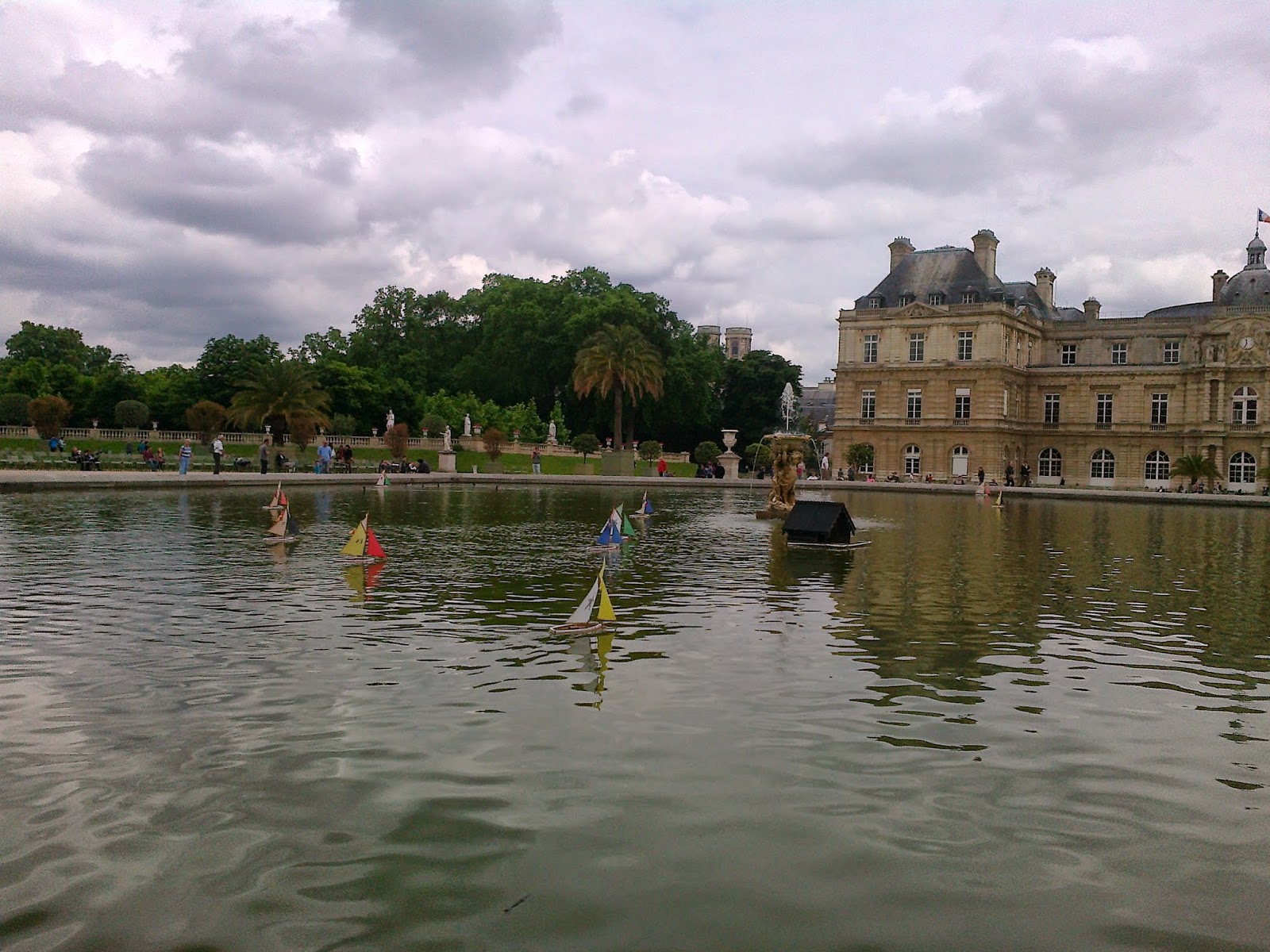 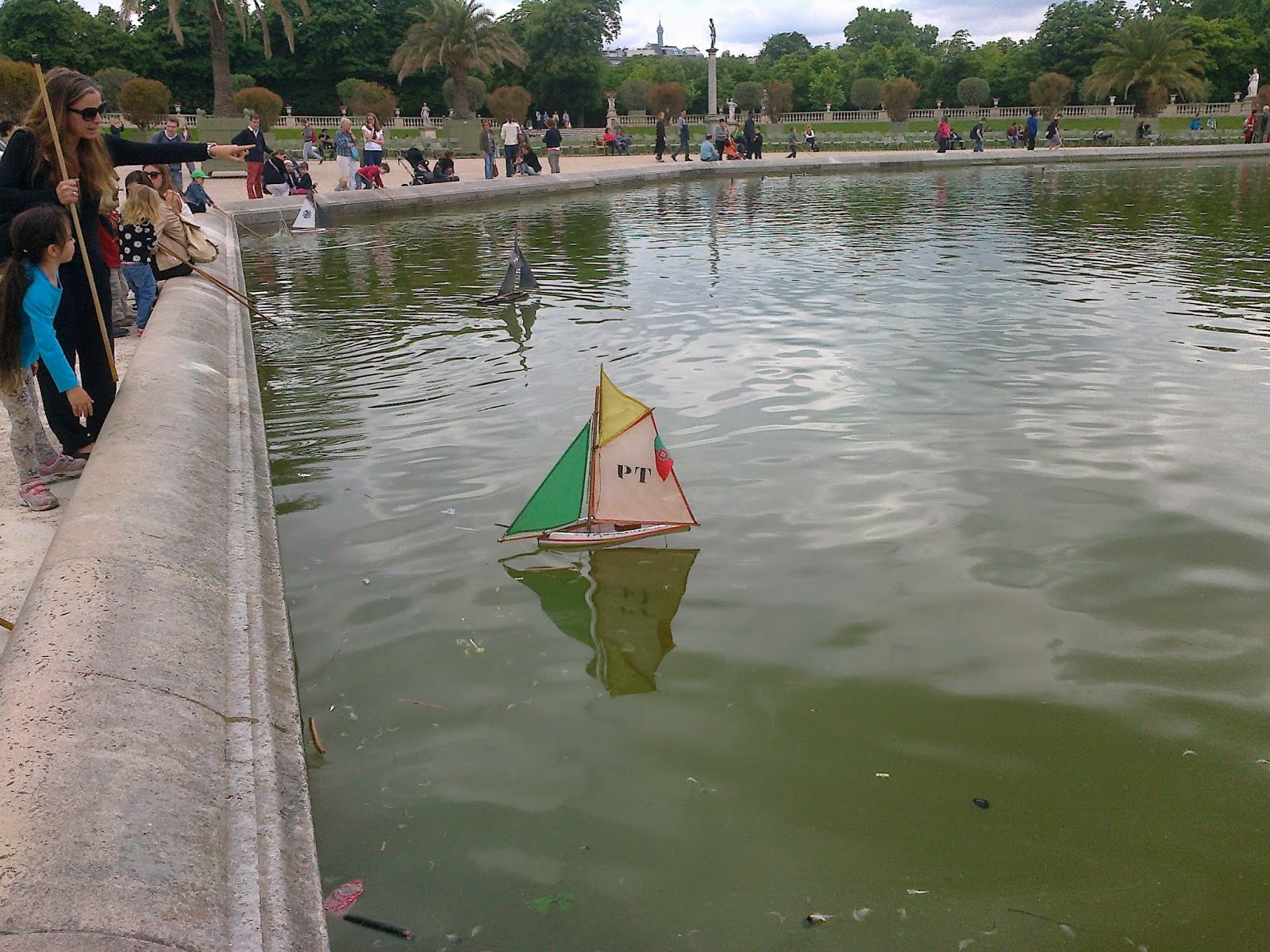 Down among those trees to the left is the Orangerie of the palace, currently the location of a superb exhibition of 120 photographs from the First World War, taken from the archives of the newspaper Excelsior, whose photo-journalists must have been among the first in the world.


As I walked around the large, airy space of the Orangerie, I took some photos of my own for the sake of the History Girls blog. (Please be aware, some of them are disturbing.) The exhibition lasts until the end of June, and I recommend it to anyone who can visit.  It follows the entire war experience from 1914 to the Armistice. From the initial euphoria as France declared war (crowds of jubilant people bearing a soldier along, shoulder-high), through outbreaks of domestic hostility (a Swiss shop with a German-sounding name has its windows broken and door kicked in). You see the reality of war beginning to dawn in the sombre faces waving the troops farewell. Then comes the Front...  I've suppose I have read as much WWI literature as most people, but I never truly appreciated, before seeing these photographs, the force of Siegfried Sassoon's remark that the most useful thing any soldier could possess was a good pair of wire cutters.  I'd vaguely imagined 'the wire' as lying around No-Man's Land in loose coils.  It didn't.  It looked like this: a broad, criss-cross, barbed latticework held firmly in place by lines of stakes. 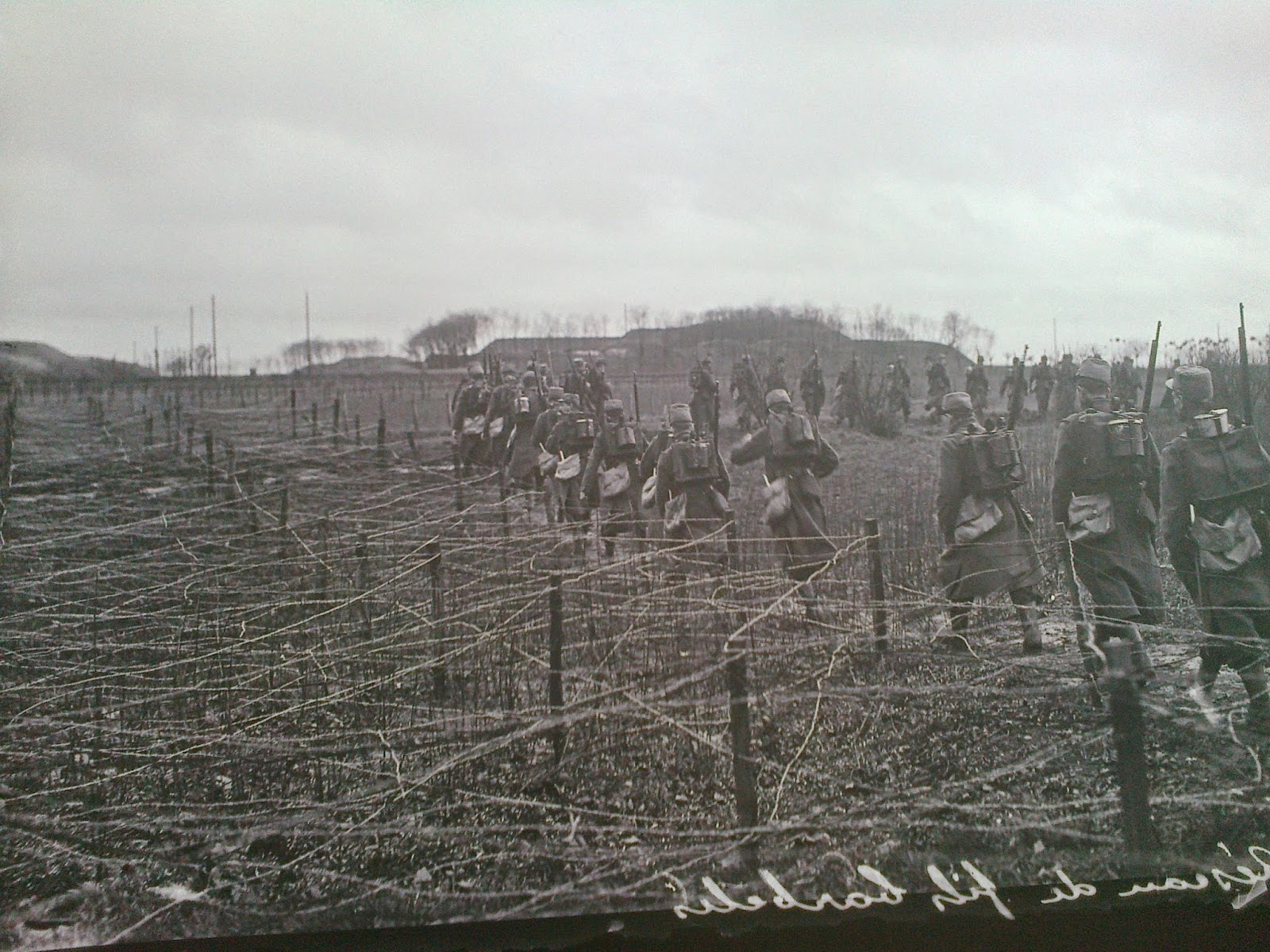 Imagine 'going over the top' through that.   No wonder they sent men crawling out at night to cut and cut and cut it, to give the troops even a chance of not being trapped and mown down.  No wonder so many never made it; like this poor German boy. 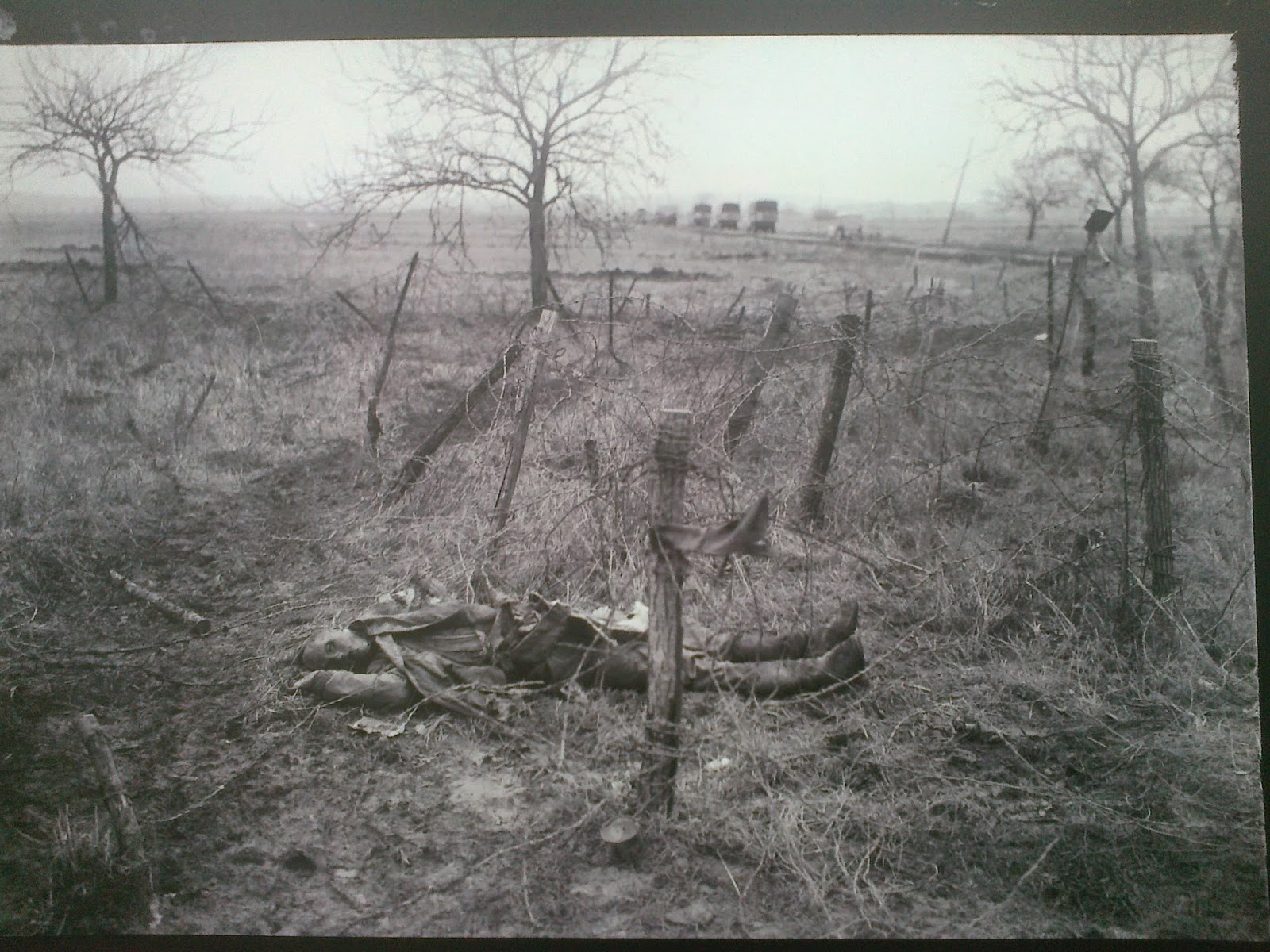 Besides the photos from the Front, I was struck as I went around by the many interesting Home Front photographs.  One mustn't forget how close the war actually got to Paris; at their nearest, the German army was barely 55 km away.  Here, an aeroplane has fallen into a Paris street like a fragile bird: paper and sticks: so light it hasn't even damaged the tree in which it hangs. 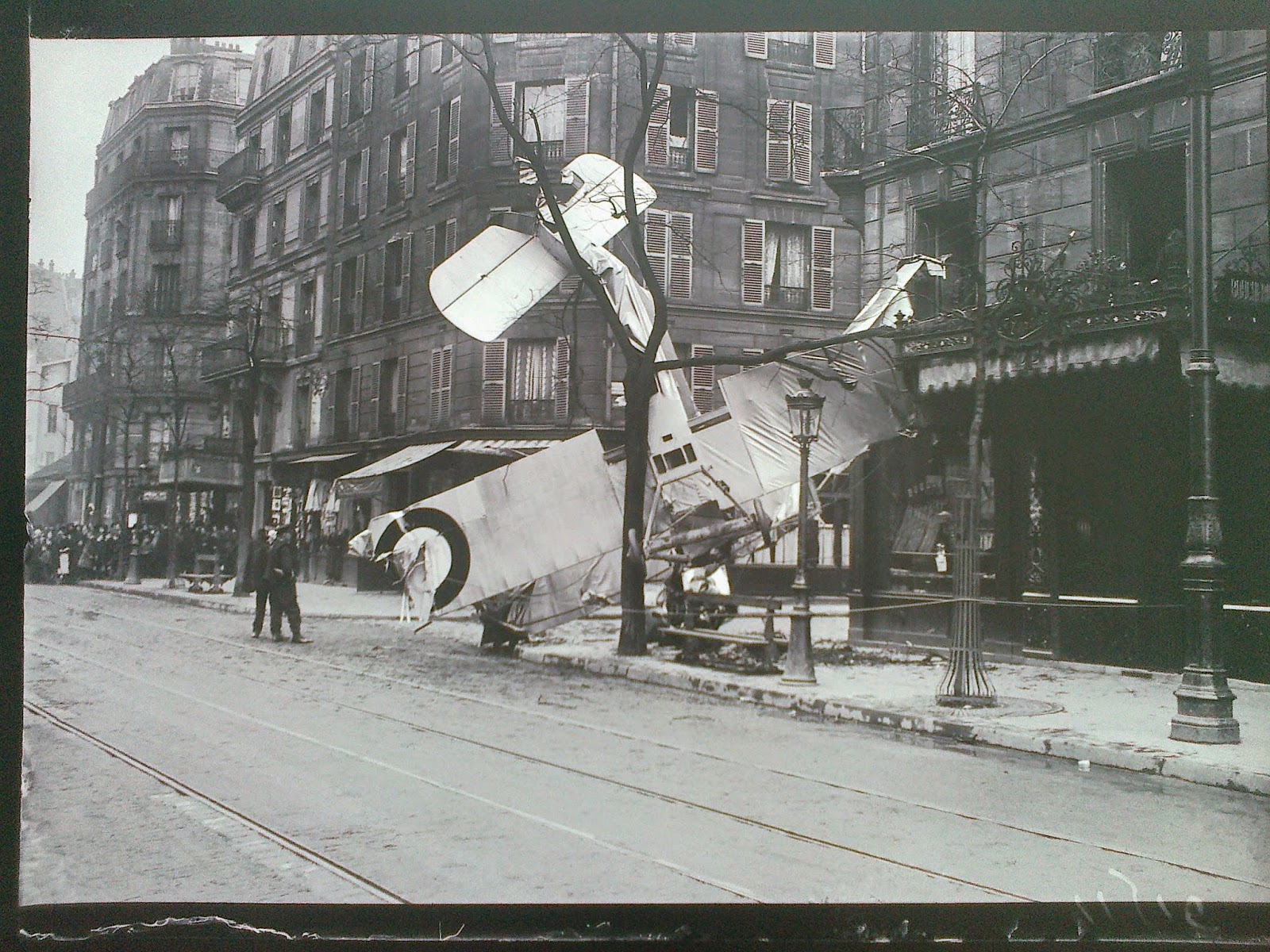 And then there are the women, who went to work.  Here, a group of girls construct steel helmets to protect the troops... 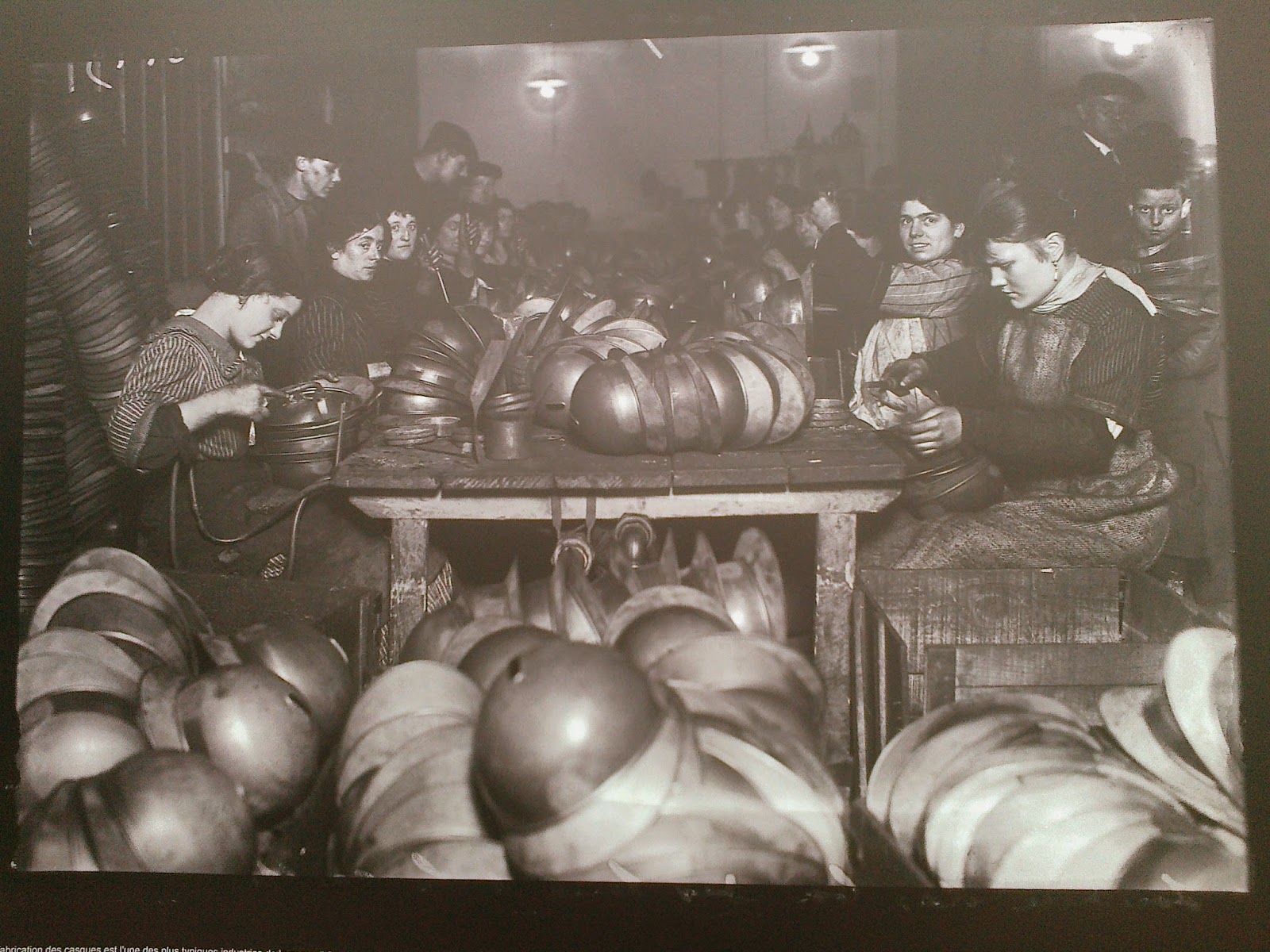 Here, serious-faced, another group stands holding the cases of shells which will be the means of destruction. You can see they know it. 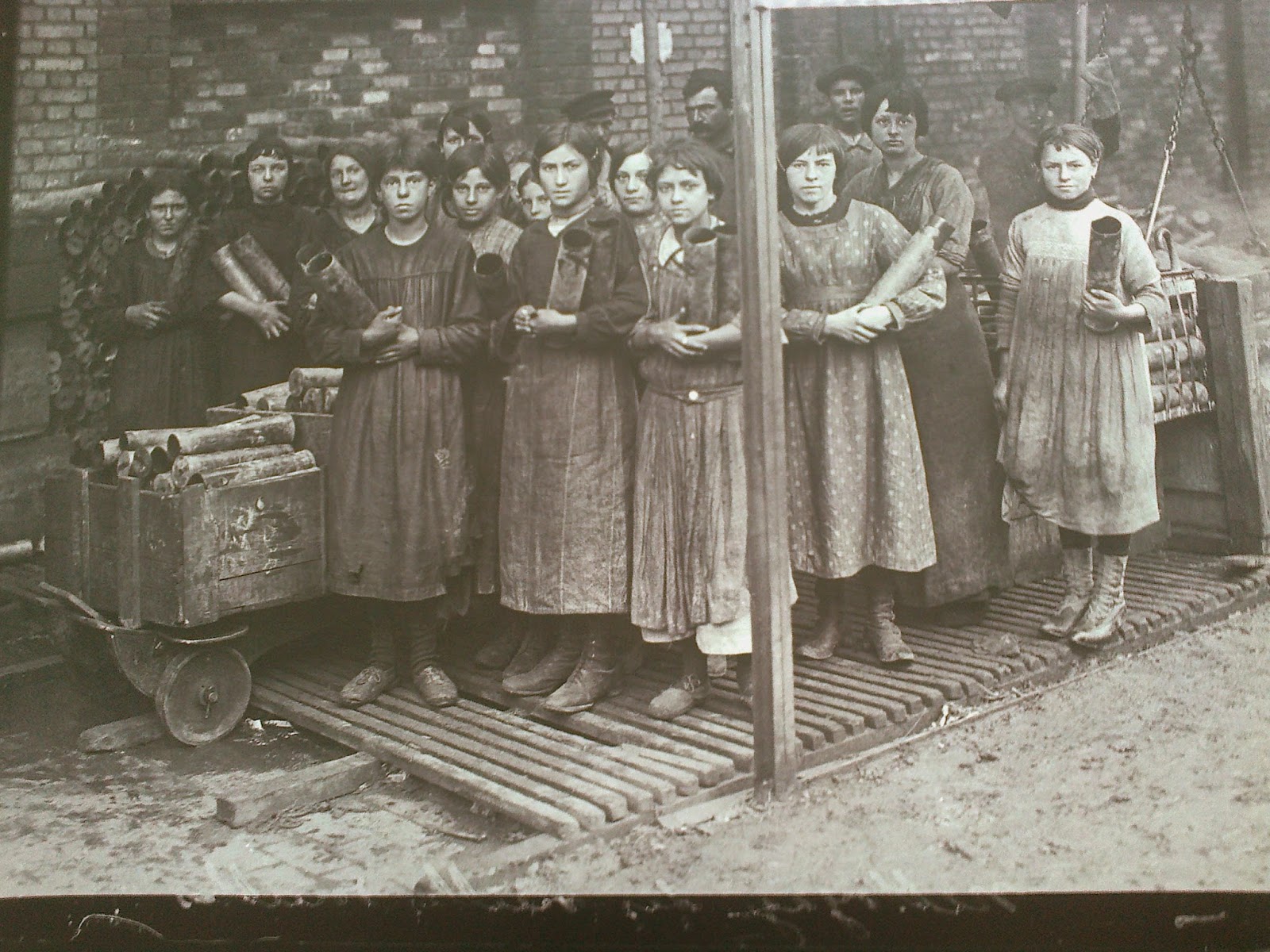 This grim young woman despatch rider looks as though she has hardly the patience to wait for the photographer to complete his shot. 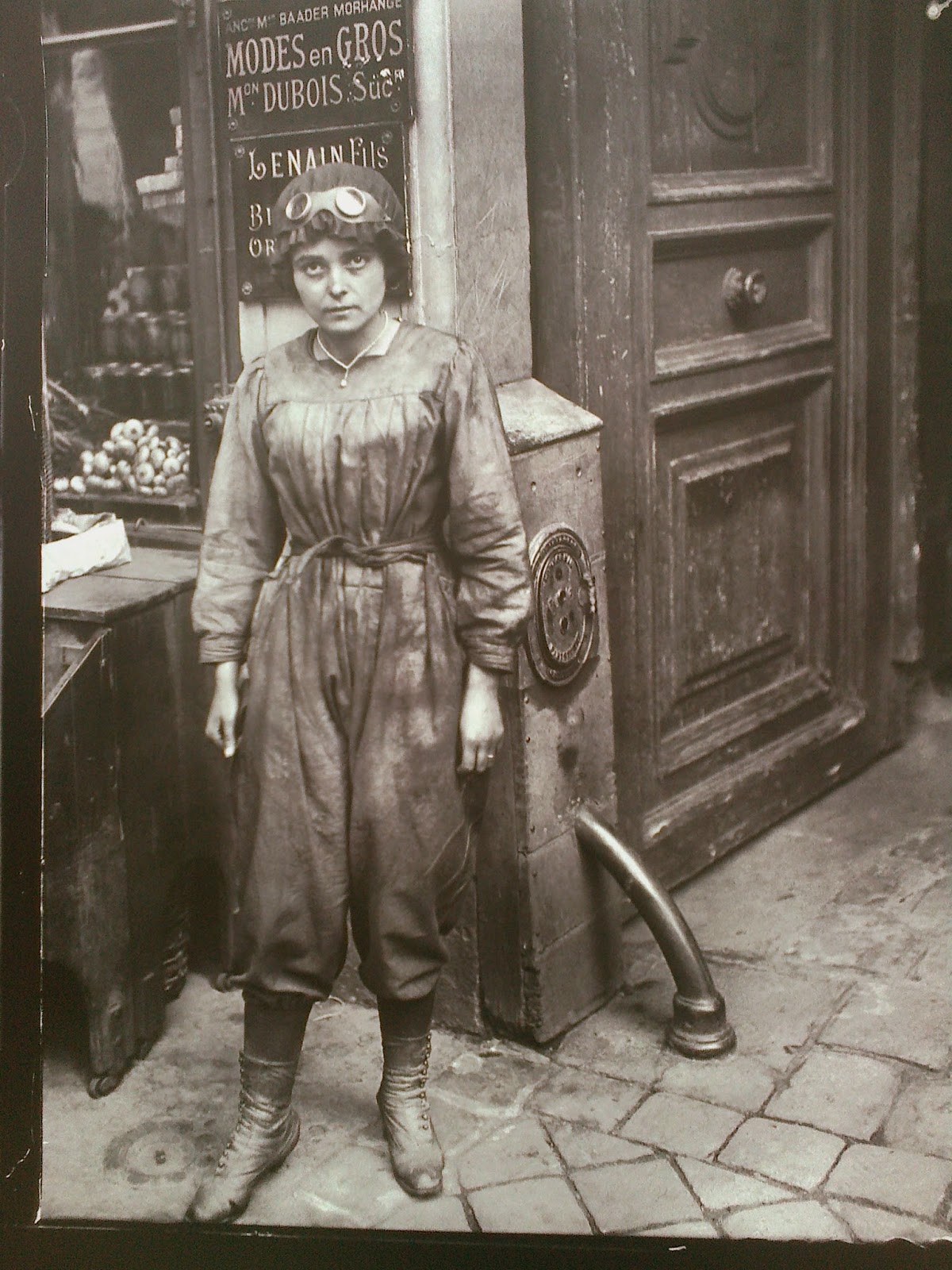 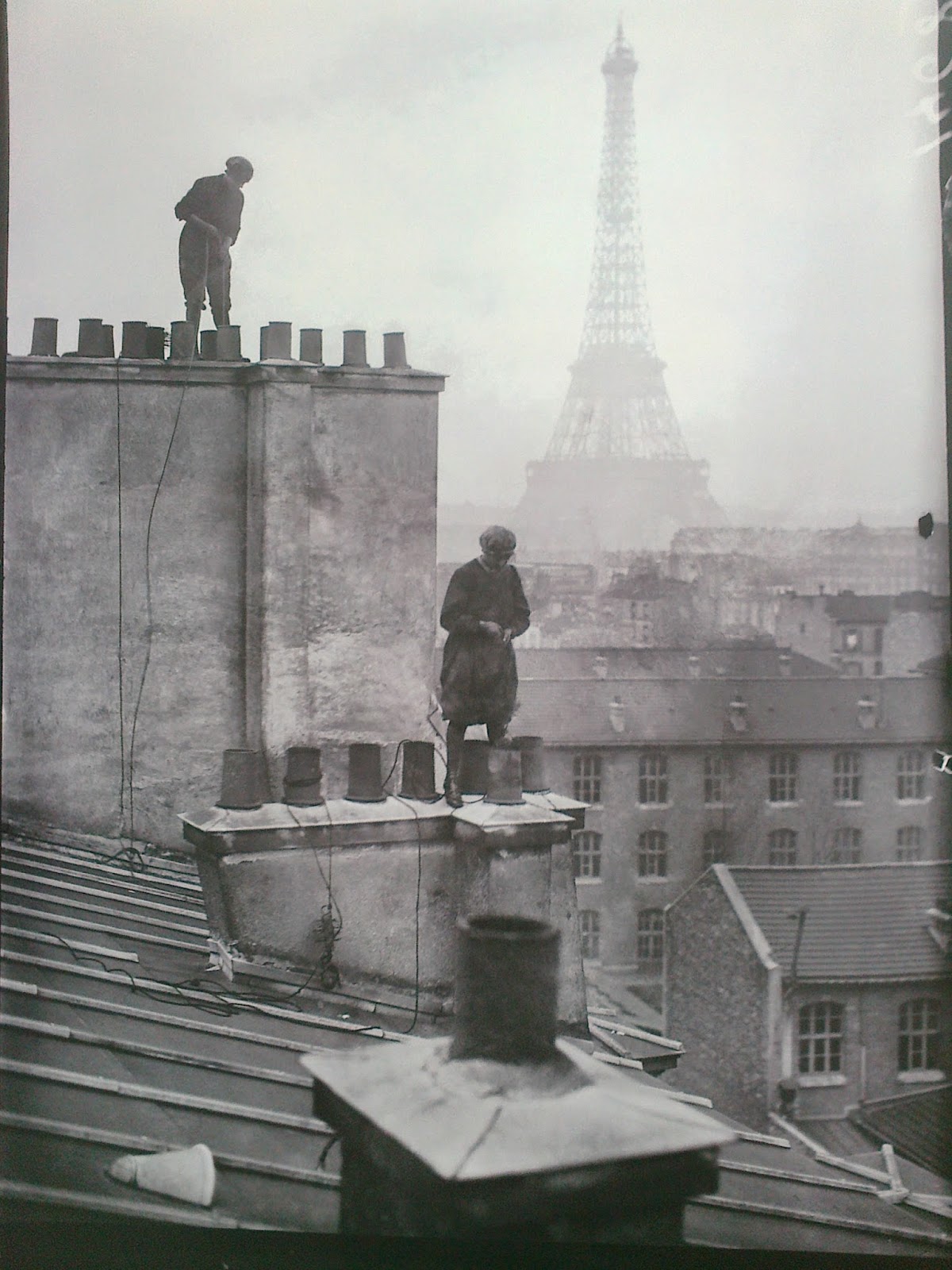 Lastly, this wedding photograph, in which the white, stricken face of the young bride is mirrored by the sombre expression of the even younger boy to the right (perhaps her brother?).  If this is happiness, it is also tragedy, for though her soldier has returned from the Front, he is blind in both eyes and has lost his hands. 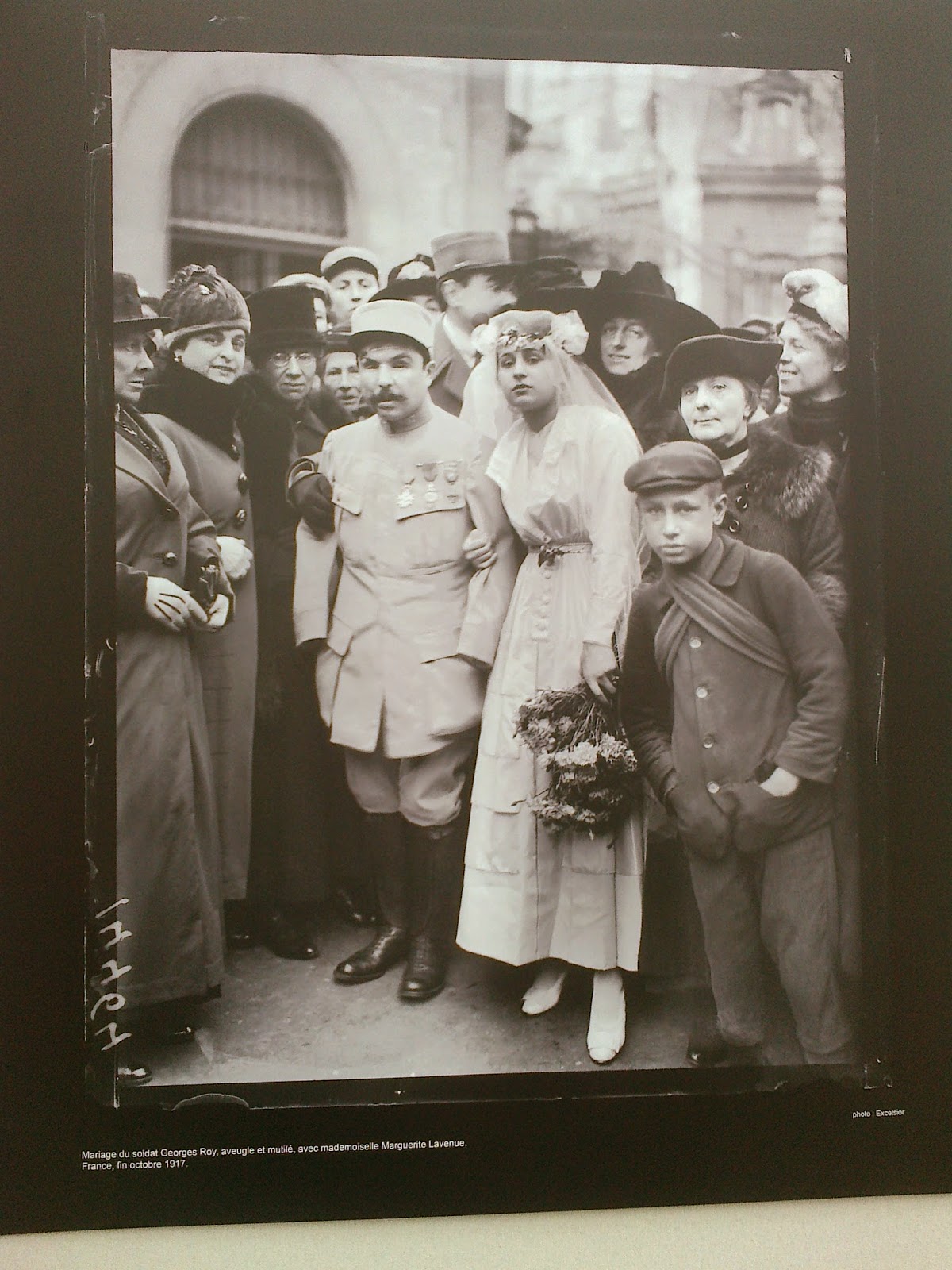 If you can't make it to Paris, you can see many more of the photographs at this website: Parisien Images - just click on the link.
Posted by Katherine Langrish at 05:30

It's a haunting exhibition, isn't it? Thank you for reminding us, Katherine.

With all the focus on British WW1 commemorations, it is extraordinarily interesting to see how another nation confronted the war. Thank you, Kath.

Fascinating, and very poignant, thank you for sharing.

Extraordinary photos! So evocative - really showing a forgotten aspect of WW1. Agree it is also good to see a French perspective on that terrible war.

Actually, having clicked the link myself and gone through more of the photos, I realise the women on the roof are in fact sweeping chimneys! There are even more pictures of them. Well worth looking through.

Fascinating Katherine, thank you, though photographs of war started long before - the Crimean War of 1853-56.