Life and Love during the Occupation, Amsterdam - by Sue Reid 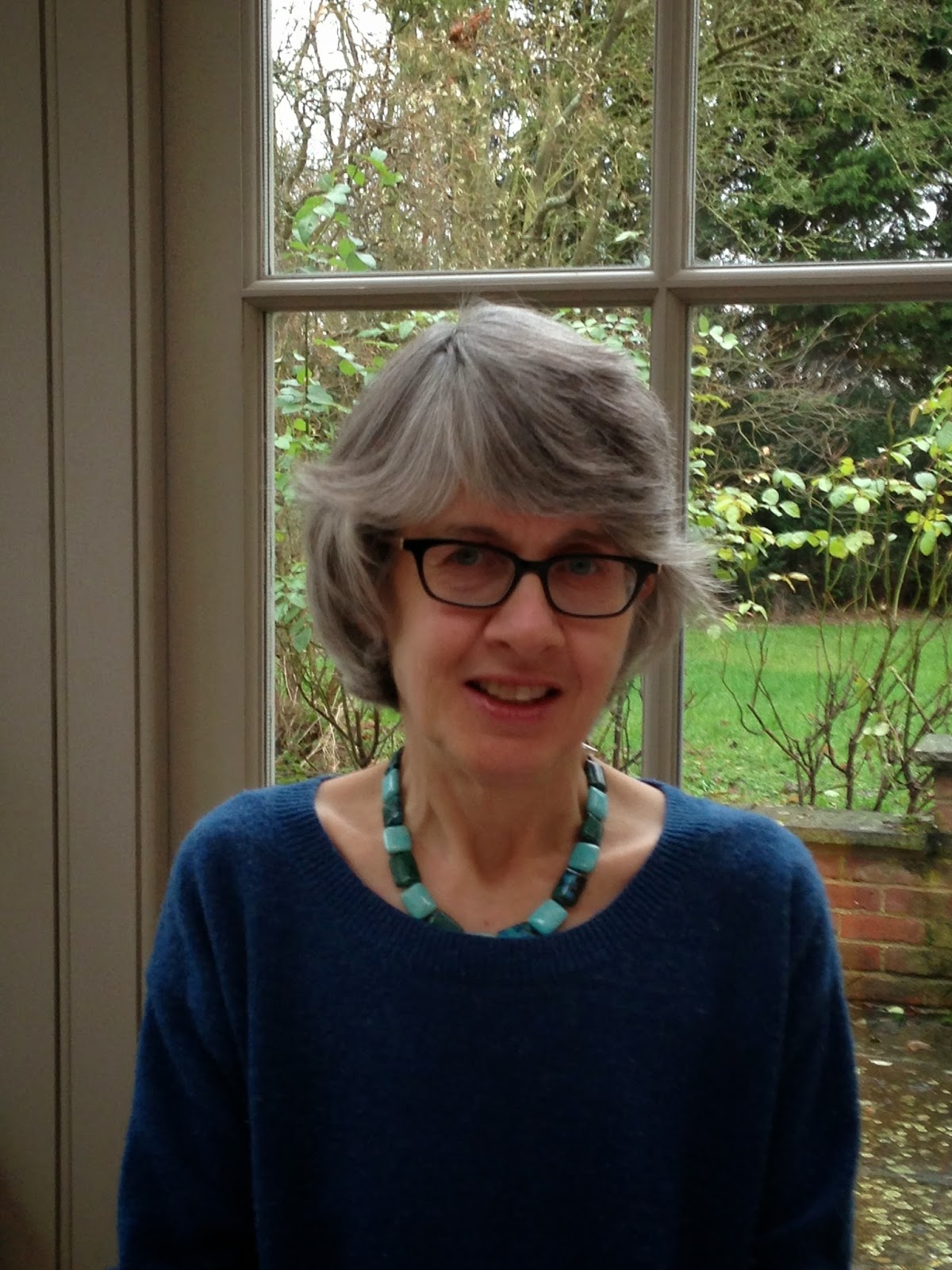 Our guest for July is Sue Reid, whose work is always triggered by a historical event or character.

Sue Reid has always had a passion for history, and for writing stories about it, but it wasn’t until she had grown up and tried several careers that she  decided to try and get a story published. Her first book, Mill Girl, was published by Scholastic in 2002. Since then she has written a number of short stories and dramas for schools radio,  and  has had several more books published. 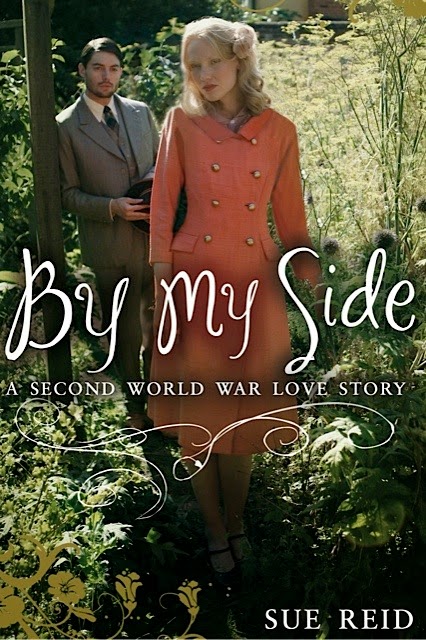 First love. Surely we can all remember it - its pain, its heartache, its joy. My book By My Side is about first love, between two teenagers living in Amsterdam. But unlike most of us, these two teenagers had to contend with issues that went far beyond the usual teenage romantic ones - Katrien was a Gentile, and Jan Jewish – and the time and place they lived in was the Nazi Occupation of the Netherlands in WW11.

What made me choose such a time and place for a love story? I’m not sure that I can answer that easily. Maybe it’s the stories that choose us, rather than the other way round.

I’d often found myself thinking about the Nazi Occupation, and wondered what it must have been like to live through it – a fate we in Britain were fortunate to escape. And when I thought of the Occupation in Europe, it was always Amsterdam that came to mind.


I’d visited Amsterdam many years ago, and been bewitched by it – its beauty, its culture and the friendliness of its people. It was in Amsterdam too that I encountered one of the most poignant memorials to Nazi persecution I know – the annexe in the canal house on Prinsengracht, now a museum - a short walk from Herengracht where I was staying - where Anne Frank and her family hid from the Nazis. Since I visited it the museum has expanded and recent pictures of the exterior show long queues waiting outside. There was no queue the day I went, and it wasn’t crowded inside, but the atmosphere was so overpowering that I found I couldn’t stay inside it for long. The annexe had a profound effect on me then and I can recall it even now.


Round the corner from the house is the famous life-size bronze statue of Anne Frank, sculpted by Mari Andriessen. It stands in front of the famous Westerkerk, surely one of the city’s most beautiful churches, inside which fittingly the artist Rembrandt is buried. The regular chiming of its tower clock comforted Anne - its familiarity a reminder of another time, a safer time.


Other memorials in Amsterdam remind you of the Nazi Occupation – in Jonas Daniel Meijer Square, in front of the Portuguese synagogue the statue of ‘De Dokwerker’ stands framed by trees. It too was cast in bronze by the sculptor Mari Andriessen and unveiled in 1952 to honour all those who took part in the General Strike of February 1941. It was in May 1940 that the Nazi ‘Blitzkrieg’ had overrun the neutral Netherlands and imposed a policy of ‘Nazification’ and anti-Jewish decrees on the country, beginning with the gradual dismissal of Jews from public life. The strike was organized by the Communist party – banned by the Nazis like all other Dutch non-Fascist parties - as a protest against the treatment of the Jews and the forced labour draft that sent young men to work in Germany. There is nothing idealized about the sculpture – it shows a rather portly man, stomach bulging over the waistband of his trousers - and to me is all the more affecting for that. The strike, which began in Amsterdam and spread to other Dutch towns and cities, was the first organized protest against the Nazis’ treatment of Jews in Occupied Europe. Reprisals were harsh, but in spite of this two more strikes were to follow, though resistance after this was mostly conducted covertly, underground. Each year now the town’s officials and members of Holocaust organisations march past the statue, in remembrance of the strike, on its anniversary, 25 February.

In the heart of the Jewish Cultural Quarter stands the Hollandsche Schouwburg (Dutch Theatre), its façade restored, now a teaching centre, and memorial to the many Jews who were held there, while awaiting deportation.

Memorials like these help keep a city’s past alive - the stories of the people who lived there woven into their bricks and mortar. Stories like Katrien’s and Jan’s – two young people brought together and divided by war. I didn’t know when I visited Amsterdam that I would write about it one day. That Katrien and Jan would walk down the streets I walked down, gaze over the canals I gazed over, wake like me to see Herengracht muffled by winter fog. I begin their story early in 1942, when a chance meeting with a courageous boy who goes to the aid of an elderly man inspires Katrien to begin a diary. Her unfolding friendship with Jan she tries to keep secret – within the pages of her diary - to protect him and their relationship. A diary written now about a long gone time. But I hope there is something of the feeling of that time and place in its pages, of the poignancy of first love experienced under such difficult conditions.


Of course there are many other places where the past is preserved. When I was researching my book I spent hours listening to recordings, reading newspapers and obituaries, diaries and other personal accounts written by people who lived through that time, discovering tales of heroisim like Jaap Penraat’s, who safely marched hundreds of young Jews out of the city at the height of the Occupation – a real-life escape I model my fictional Jan’s on. But there is I think something particularly affecting about walking about a city and suddenly being brought face to face with its past. A monument maybe. Or an old building. The atmosphere in a house. It lingers in the mind, helps us to remember. And it is important that we do. The past inspires us. Teaches us. Warns us. In a year like this, when we remember an earlier world war, when the ugly spectres of extremism, racism, fascism, are rising again, its messages are timely.

Email ThisBlogThis!Share to TwitterShare to FacebookShare to Pinterest
Labels: By My Side, Occupation Amsterdam, Sue Reid, WW2

Thanks for this post, Sue. I've been to Amsterdam a few times, and love it. I've never been in the Anne Frank house though - my husband couldn't bring himself to go in, and from your reaction it sounds as if it could be too much to bear.

After all, the availability of extra services depends on how much the High Class Escortservice Amsterdam enjoys them, not how much she’s being paid.