A moving and inspiring encounter with Dutch wartime history 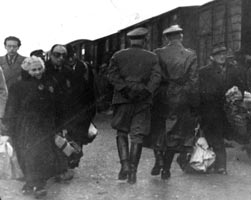 On a recent visit to my father’s birthplace, Amsterdam, I went to the Verzetsmuseum - the Museum of the Dutch Resistance - which is to be found in the leafy Plantage district to the East of the city. Like the far better-known Anne Frank Huis, it illuminates a dark time in Holland’s past - May 1940 to May 1945 - when the country was under Nazi occupation, and 100,000 Jews were amongst those sent to their deaths in concentration camps. The museum documents what took place during those years, focusing on the growing resistance to the Nazi presence both by political activists and by those who - although not necessarily identifying themselves as such - nonetheless took part in acts of resistance. It is these stories of bravery and self-sacrifice that the museum commemorates, using artefacts - letters, newspaper reports, photographs, and personal possessions - to illustrate what day-to-day resistance meant. 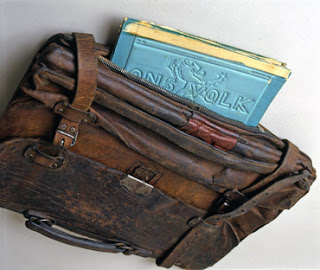 Here, for example, are the cardboard prints used to create the metal ‘stereotypes’ needed for printing one of Holland’s 1,300 underground newspapers. These included Het Parool (The Password), Vrij Nederland (Free Netherlands), Waarheid (Truth) and Ons Volk (Our People). To be found in possession of these would have meant arrest and deportation to a concentration camp (a fate which overtook at least 20,000 Dutch citizens), and so it was essential to keep such material hidden - in a bag with a false lining, such as this one. 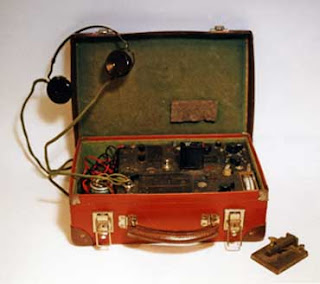 This suitcase was one of the many smuggled into Holland and used for transmitting coded messages back to England. Since the signals these devices emitted were easy to trace, it was essential that the person transmitting kept on the move, and that the equipment could be jettisoned quickly if necessary. Even so, many agents were caught - which meant certain death. Of the 20,000 members of the Dutch Resistance arrested and sent to concentration camps, around 2,000 were executed, although many others did not survive their imprisonment. 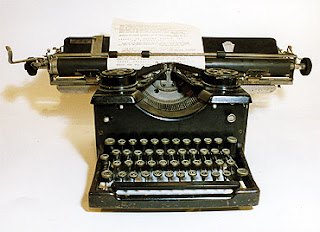 Here’s the typewriter on which political activist Coba Veltman typed pamphlets calling for a national strike, in February 1941. Shocked and angered by the rounding up and deportation of young Jewish men in Amsterdam, following an outbreak of civil unrest in which a Nazi sympathiser was killed, Dutch dockworkers organised a strike, which was supported by transport services and businesses across the city. The strike was put down with extreme severity, but it helped to galvanise public outrage against anti-Semitism across the country. 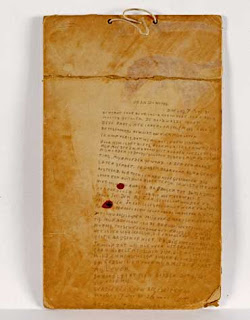 This letter, found on the back of a cardboard notice listing regulations at Scheveningen Prison, was written by Arie Addicks, sentenced to death for distributing the underground newspaper, Het Parool. ‘Having worked for freedom, I’m now having to pay a high price for it,’ he writes, adding wryly, ‘The stake was death. I lost this match.’ 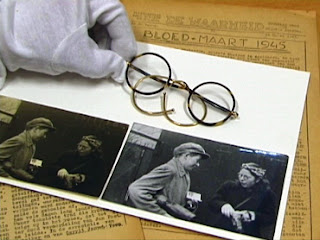 Another grim reminder of the ‘price’ some Resistance fighters had to pay is seen in the museum’s display about Hannie Schaft, a young Communist activist, who, together with her fellow student, Truus Oversteegen, took it upon herself to kill men who’d been identified as collaborators. To do this, she sometimes disguised herself as a man, wearing glasses she didn’t need, in order to fool the authorities. Eventually she, too, was caught and executed.

Thankfully, not all the stories related in this fascinating museum have an unhappy outcome - and there are many objects on display here which lift the spirits, if only because they show the ingenuity and humanity of those struggling against oppression. These include examples of forged identity papers, and the tools used to make them, which were turned out in their thousands, in order to enable Jews and other proscribed minorities to escape detection and deportation. 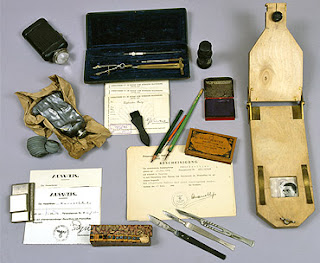 One of my favourite exhibits is the pair of hiking boots, worn by Eleanore Hertzberger during her escape to England with her husband Eddie in 1943. The boots look well-worn - as indeed they might, since the young couple travelled by a rather roundabout route, through occupied Belgium and France, and across the Pyrenees. Exhausted and soaked to the skin, they were forced to crawl on hands and knees for the last part of the journey. It’s a scene straight out of John Buchan, or Le Carre. 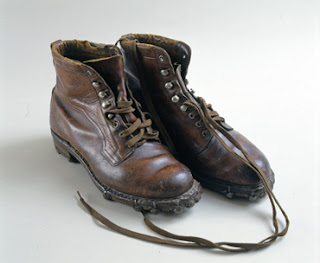 I’m happy to say they made it - unlike some of the brave people whose lives are showcased here. What’s heartening is to discover how many people preferred to resist rather than capitulate, even if it meant their own lives - and those of their loved ones - were put at risk. I’m grateful to the Museum for giving me such a moving insight into what life was like for many of my father’s countrymen, during the War years - and for giving me permission to use some of their wonderful archive of photographs.

This is certainly a museum more people should know about. Such humbling bravery. You've made me want to find out more about Hannie Schaft and Truus Oversteegen. Thank you so much. (And now I want to re-read Mal Peet's Tamar...)

Very interesting indeed, thank you Christina. I have been to Amsterdam several times but did not know about this museum. I will certainly visit it to learn a little more now.

Lydia, I was just about to ask if Christina had read Tamar, and was think I must re-read it myself! I was in Amsterdam recently and din't know about this museum - yet another reason to go back to a city I really took to. Thanks, Christina!

I haven't read Tamar but will seek it out - thank you!