In April I wrote about the Conscience and Conflict exhibition of British artists' responses to the Spanish Civil War, which closes tomorrow. If you've been lucky enough to see it, either in Chichester or Newcastle, you may have noticed some wonderful loans from the Marx Memorial Library, home of the British International Brigade archives.  This rich and varied collection is just one reason to visit the Library, which now offers twice-weekly guided tours. I've been talking to the MML's new(ish) archivist and development officer, Meirian Jump, pictured here at work in the reading room in front of a mural by Viscount Hastings, painted in 1934. 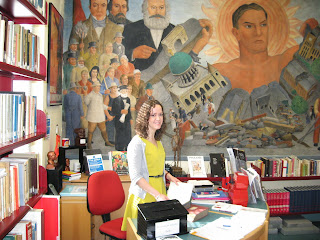 What exactly is the Marx Memorial Library, and what is it that makes this ‘hidden gem’ so special?

The Library has a fascinating history and has been at the heart of the British labour movement for over 80 years. It was founded in 1933 by a group of socialists, communists and labour movement activists in response to the Nazi book burning in Germany, and as a memorial to mark 50 years since Marx’s death. It's a registered educational charity and independent library which covers all aspects of the science of Marxism, the history of socialism and the working class movement.

Marx House itself is a beautiful mid-eighteenth century Grade II listed building looking over historic Clerkenwell Green, where the London May Day rally has gathered since 1890. [Note: Read an account of Clerkenwell's radical history written when the library first opened here.] It was originally built as a charity school for the children of welsh artisans residing in the area. It has a history rooted in London’s radical tradition; the International Working Men’s Association met here, it was home to socialist printing house Twentieth Century Press and Lenin worked here in exile. 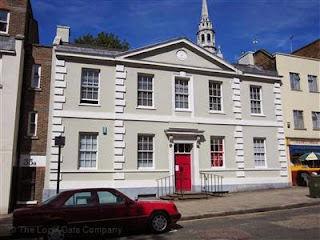 Not only does the building itself tell this fascinating story, but it's home to unique collections documenting the struggles of working people spanning centuries.  We hold a library of over 45,000 volumes, but also archival collections on the Spanish Civil War, the local print unions and radical publishing, to name but a few.  [Find out more here.]

You must have uncovered new surprises every week when you started work here – what, for you, are the highlights of the collections?  And what do newcomers get most excited about on the new guided tours?

Yes! I have been working here for just under 6 months. One of the central aspects of my role is to ensure that we know exactly what we have in the building. Just after I started over Christmas I spent several days in the library digging around in the basement getting a handle on the collections. As you can imagine, this was a lot of fun.

It is difficult to pick highlights or favourites, and, as you mention, we are always uncovering new things. I personally love browsing the complete run of Daily Worker / Morning Star newspapers we hold. Fascinating stories of strikes, demonstrations and struggles can be traced through their front pages. We are also carrying out a complete inventory of our poster collection. We have over 3,000, and many of them are very visuall striking, as well as being illuminating historical sources. 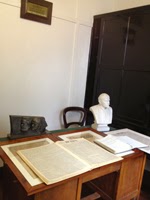 Visitors often get excited about the posters, and also about the Lenin room, which is a real highlight of our guided tours. Members of the public can visit the tiny office where Lenin worked in exile editing ‘The Spark’, a Bolshevik newspaper. It is very atmospheric.

Archivists and librarians are the unsung heroines and heroes of anyone who writes about history, whether fiction or non-fiction, for children, adults or inbetweeners.  What drew you to the profession, and particularly to your role at the MML?

I’ve always enjoyed research and working in libraries and archives. I also love working with people, and helping people, which – despite the stereotype – is a key part of any archivists work!

Working as the Archivist at the Marx Memorial Library is a dream come true for me. I first studied here as an undergraduate looking at the Aid Spain Movement and the British International Brigades, and was immediately taken by the Library’s unique atmosphere and phenomenal collections on twentieth-century history. It was a personal family connection that first got me into this area of research. My grandfather Jimmy Jump was one of the 2,500 people who volunteered to fight against Franco’s forces in Spain when the civil war broke out in 1936. My grandmother was an exile from the civil war and came over to Britain with the 4,000 Basque refugee children in 1937. As you can imagine, being able to play an active part in making the archives of the International Brigaders held at the library available to wider audiences is incredibly rewarding.

Next year sees the 80th anniversary of the outbreak of the Spanish Civil War.  Can you tell us how the MML will mark this?

The upcoming anniversary is a great excuse to ‘launch’ our Spanish collection to broader audiences. We have some exciting plans in the pipeline.

We’ve applied for funding to employ a project archivist who will (fingers crossed) ensure that the collection is professionally catalogued in full. The catalogue will be made available on our website. This should make an enormous difference to researchers who will be able to search for people, places and events in the collection.

We’re also planning on digitizing some components of the collection. We have wonderful visual material in the collection including photographs, posters and pamphlets. We plan on making these available on our website, and using them in an education pack aimed at school children. We believe it is really important that the Spanish Civil War and the story of the Brigaders form part of the syllabus of secondary school pupils.

As an archivist, what are your feelings about the gains and losses 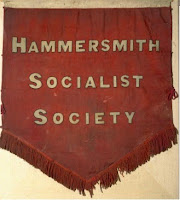 of digitization?  Is ‘aura’ at the back of your mind when you’re handling the original Hammersmith Socialist Society banner for example, back from the recent William Morris exhibition at the National Portrait Gallery, or do practical concerns about conservation and damage override your emotional response to the artefacts in your care?

I think digitization plays a very important role in ensuring that information from archival collections is more widely available online, and in ensuring the long term preservation of collections and items that might be damaged if put out on display or made available to researchers in the reading room.

However, its importance can be overplayed. People often have an idea that if archives are ‘digitised’ problems of preservation and access are ‘solved’. Digital files also need to be properly stored on a server, backed up, and indexed or catalogued so that they can be found again. 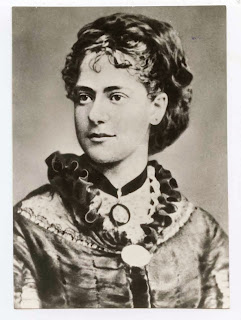 Sometimes only the original will do! - the type of paper, the detail the camera won’t pick up on, evidence of how the item was used before and – as you mention – the hard-to-define feel of the artefact. I particularly found this with a letter written by Eleanor Marx that we have in our collection. It is currently out with conservators and soon to be put on display at the Library, alongside her portrait. Being able to read that very letter, hand-written by Eleanor in the building where she herself spoke feels very special.

Even for those ‘in the know’, the Marx Memorial Library hasn’t always been the easiest place to penetrate – what’s now changed and what are your hopes for the future?  Since the last election, there’s been a lot of talk about politics being far less ‘tribal’ than it used to be.  Is that something the MML can turn to its advantage?

That’s right. My central aim at the Library is to open its doors and to engage with a wider audience. There really is no point in having all these phenomenal resources that tell such an important story about our history, if nobody knows they’re here and people aren’t using them.
A lot has changed, but there’s still a way to go. It is now very easy to join the library, we are open four days a week, we have launched guided tours of the building twice a week on Tuesdays and Thursdays. We are also looking into getting a new sign put up so we are a bit easier to find! More generally we are hoping to put the library on the map with events like our May Day open day and our upcoming exhibition on Socialist Opposition to the First World War.

I think you’re right. We have an important role in engaging with people across the spectrum including people who weren’t brought up with a knowledge of this history and who wouldn’t necessarily think of themselves as ‘Marxists’. You can see this in our education programme. We are putting on ‘entry level’ classes and are covering a much broader range of topics including socialist art and historic memory. We are revisiting the displays in the library too. We don’t want to assume knowledge and want to be as inclusive as possible.

And if people want to consult the archives or take a guided tour…?

The reading room is open to researchers Monday-Thursday 12-4; the guided tours take place Tuesdays and Thursdays at 1pm. Information on our classes can be found on our website or by emailing admin@mml.xyz. We also have special events coming up including two fundraising theatre performances, panel discussions and book launches.

Lydia Syson's most recent book, Liberty's Fire, is set during the Paris Commune of 1871 and was published by Hot Key Books in May this year. 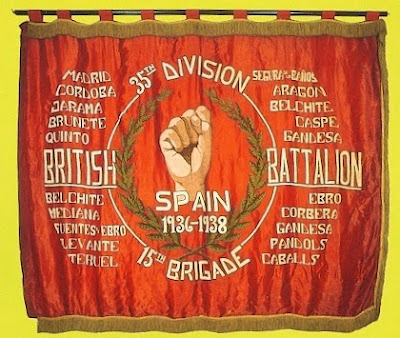 Thanks for letting us know about such a valuable and little-known resource!

This is so interesting, Lydia! Thank you. I shall definitely have to find an opportunity to visit.

I am adding this to my list too, shamefully I did not know of it at all. WIll wait until Eleanor's letter is back on display though. Thank you Lydia.