Lies and the Lying Liars that Tell Them Catherine Johnson

It was three years ago in a post for this Blog that I mentioned Princess Caraboo as one of my favourite people from history. I mentioned I'd been writing a book about her for years and that a publisher was interested. Well, it's coming out in 24 days. I am nervous and excited and terrified - the usual pre publication angst.

Last week in an interview about something else a perceptive young woman reminded me that most of my books,  even Sawbones, have liars as central characters (Loveday teaches Ezra lying is sort of OK). This might be the old canard about us mixed race people (like bisexuals in gender politics) being never one thing or another, never pinned down, always shifty, untrustworthy, never belonging anywhere.  And Princess Caraboo, the inspiration behind this book, the Devon cobblers daughter who passed herself off as a Princess in early 19th century England was most definitely a liar.

To recap the true story, Mary Wilcox was a young woman  who  loved dressing up and stories and who'd lost a child (and probably suffered at the hands of 19th century doctors who had tried to treat her 'mental exhaustion' with grim surgery). She was walking west from London (possibly back home) and begging en route. She had begged before pretending to be French and when she collapsed on the road outside Bristol she pretended to speak no English and was rescued from the workhouse by a the local Lady of the manor, Mrs Worrall (who was very interesting herself, she was an American born bluestocking with a penchant for the exotic).
Mary Wilcox retreated into character, she was examined by academics who proclaimed her a bona fide South Seas Princess - she couldn't be anything but royalty she was too pretty - and even though she tried to run away - she was bought back and continued the pretence. She was about to set out on a lecture tour when her true identity was revealed. The newspapers were all over her, here was an ordinary girl who'd fooled the upper classes! She was a cause celebre and the public loved her, she escaped punishment and Mrs Worrall paid for her passage to America to start a new life.

That wasn't the end of the true story - Mary didn't do well in the states, I expect because many new American immigrants had all done a little re-inventing already. She returned, lived quietly and became a successful business woman, breeding medicinal leeches for the Royal Bristol Infirmary. If you are interested, the best factual book about her life is by the satirist John Wells who wrote the script of the 1987 film staring, the then American heartthrob Pheobe Cates, it's called simply Princess Caraboo. 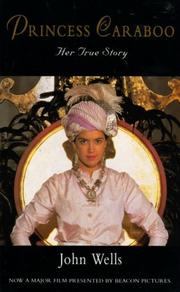 That, in a nutshell, is the truth I built my tissue of lies that is The Curious Tale of The Lady Caraboo, about.

And aren't all stories pretence? Of course there's always truths in every tale. But for most of us writers isn't the joy of writing trying out other people shoes? Being a different person with an infinitely more exciting life?

I want as little real edge of seat anxiety in my actual life. I want consistency, no shocks please. But in books, in stories I can indulge in all of those terrifying life or death, heart in mouth situations, that are scarily exhilarating.

In The Curious Tale of The Lady Caraboo I've borrowed from Mary Wilcox's true story but changed an awful lot. I do hope anyone who reads it enjoys it a little bit. It's out on July the 2nd.

* Proof that this sort of thing still happens is the incredible, couldn't-make-it- up-story, revealed this week - that of  American academic Rachel Dolezal, a woman who headed up the local branch of a civil rights campaigning group and who self identified as a black woman  (she posted photographs of herself with a black man she said was her father amongst other things)  but who was 'outed' by her parents as white. A kind of reverse 'Tragic Mulatto'. And, by the way, is that my story all along? Tragic Mulatto, the not quite white woman doomed to never fit in? To almost 'pass'? But to live their life in fear of being revealed as something else? See An Imitation of Life, a film from the 1950s, or from the 1820s, The Octaroon, a sensation play by Irish playwright Dion Boucicault. Answer, by the way. No.
Posted by Catherine Johnson at 00:30

I wrote a post about about Mary Wilcox - fascinating woman. I also saw the interview with Rachel Dolezal and can't believe she identifies herself as a black woman despite being 100% white. She claims its just a family argument gone wrong. Incredible. Thanks for the post.

Can't wait to read the book!

Fascinating story - and so topical, as you say!

What a beautiful cover! I definitely want to read your story of Mary.
I think we're all faced with choices as to how to play our identities, whatever our ethnicity. I remember going to a posh dinner in honour of my father and been smarmed over by some woman ... who came into the shop where I was working the next day and treated me luck muck because I was the girl behind the till and it never occurred to her that she might have ever met me. I was rather pleased! I could be who I liked and try out different sorts of 'me'!

One of the joys of being an actress is sliding into another's skin. Writing is the same and one of the best bits of the job. We can pass ourselves off as others unite legitimately. What a scandal this week - and to be outed by one's own parents. I have been imagining their private conversations when they saw their daughter 'blacked' up and alongside photos with another father...
I love the jacket of your book and wish you huge good luck with it.
As I am about to post this, just below it says "Choose Your Identity" !!

Carol that is so apt! We are lucky as writers I think. Thanks for the lovely comments about the cover, Random House and Laura Bird have done me proud

Can't wait for the book!

Also can't wait to read the book…and now, as Carol rightly points out, I'd better choose an identity...