This is a gruesome post. If you are squeamish, don't read on.

I was asked to talk to Year 7s and 8s last week about my book the Lady in the Tower and about the Tudors. It's not a recent book and I've never spoken specifically about it before, so I had a reread and a think and the thing that struck me most was the deaths by execution.
Really, the monarchs of that time, and especially Henry VIII were unfettered psychopaths and mass murderers.

Execution was so common; and it was a grand day out for all the family - take a picnic, take the kids.
Poor people were hanged at Tyburn. Mostly their main crime was just that; poverty. The same law for rich and poor, but as we know, the rich have no need to steal. Although they often do, just in more sophisticated ways. 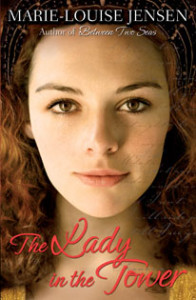 But hanging was deemed too brutal for the nobility. They got to be beheaded instead on Tower Hill instead. Lucky them. Interestingly they also got to step up onto the scaffold with a priest, who would be offering religious comfort, and there they had to pay and forgive the executioner before execution. Yes, really.
I asked the class how much they'd pay him. The overwhelming response was 'nothing'. But I think I'd pay him an awful lot.
Because what good is money once you're headless? And if you've got to lose your head, you really, really want to do it quickly and cleanly. You don't want him taking eleven goes at it, which I believe is the record. There's nothing non-brutal about that.
Anne Boleyn, as is common knowledge, was so afraid of the axe that she begged and was granted, execution by sword instead.
She was also one of only seven nobles to be granted a 'private' execution inside the Tower of London at Tower Green, rather than the public spot of nearby Tower Hill. Five of these nobles were women, revealing that even unleashed psychopaths who murdered on trumped-up charges to protect their own position were aware that some sensitivity was required executing women.
Even inside the tower grounds, there might have been privacy from the masses, but the audiences still numbered up to 200.
And that nice little habit of picking up the severed head to show it to the crowd? Anyone who has always believed that this was to show the head to the crowd is wrong, or at least only partly right. It was mainly intended to triumphantly show the head itself its own body as it lay on the block: we remain conscious for at least 8 seconds after our head is severed, before lack of oxygen causes brain death. I didn't share this detail with the students; I find the brutality of this deeply disturbing as an example of what human beings are willing to do to one another. If only beheading was a practice that belonged firmly in the past in the world.

As for my main character's father, Sir Walter Hungerford: he was beheaded at Tower Hill, with Father Bird, the vicar of Bradford-on-Avon, a month after the execution of his friend and ally Thomas Cromwell. Reportedly he raved and fought his executioners on the scaffold. That's considered to be a sign that he was mad. But you could see him as the only sane and normal person in a sick charade (if it hadn't been for some of his more dastardly acts towards his own family).

After an execution, the family were handed the body to bury while the head was boiled ready for display on a spike on London Bridge. The final step in the gruesome pageant of power and death.

As for hanging, drawing and quartering or burning at the stake - well, that wasn't divided into commoner and nobility. These tortured fates were reserved for those the king really, really hated.

Email ThisBlogThis!Share to TwitterShare to FacebookShare to Pinterest
Labels: beheading, Henry VIII, Marie-Louise Jensen, The Lady in the Tower, Tudors

It's all horrible. But as you suggest, almost the worst thing about it is that these practices don't remain safely in the past. I used to assume that such brutality was something from the history books - it clearly isn't.

Sadly, Sue, the human race has always been brutal, still is and probably always will be.

Marie-Louise - thank you for a very interesting post. I was struck by the idea that the heads were held up to show them their own body. I never heard that before.

I've read of experiments done in France in, (as I remember) the 19th Century, when criminals were still guillotined. A doctor spoke to freshly severed heads, and said they opened their eyes and focussed on him. He repeatedly spoke to them, and said that they looked at him and apparently saw him, for roughly 8 seconds. After that, speaking to them drew no response.

Assuming that what the doctor observed really was proof of consciousness - do you think this was common knowledge in previous centuries? Or, at least, something well known to executioners and their clients?

I suppose it might well have been since there were plenty of beheadings, and presumably the executioners observed the same responses that the later French doctor did. Interesting!

Margaret Pole and Anne of the little neck were the first two accounts of beheadings I recall ever reading, and Anne's has its power, but for sheer brutality the aged martyr's execution still stands alone.

On a side note ... having been close to those with mental illness, posthumous diagnoses of psycopathy based on brutality make many who love or suffer from mental illnesses extremely itchy. We have a modern cultural narrative that certain cruel figures of history must have been mentally ill; and, while it may even be true, the net result is that those who suffer from it today are either invisible or stigmatized. Not all mental illness equates automatically to murderous intent.

And, honestly - not all murderous intent is implemented by those who suffer mental illness.

While I'd say Henry certainly had periods when his emotional health was very bad indeed, the fact was he had ultimate power and no consequences loomed over him. And we have all seen the harm sane folks are willing do, who DO face penalties.

Not all murder is madness. And not all madness is murder.

I used the term psychopath much too inaccurately. I was referring to his lack of empathy with his victims rather than actual mental illness.

I'm always think people of previous centuries knew more than we credit them with. They would have been far more familiar with the effects of beheadings than us and had the same powers of observations.