Our August guest is Fay Bound Alberti, who with join us next year as a History Girl, posting on the 15th of the month, alternating with Marie-Louise Jensen after Y.S. Lee leaves us in November. 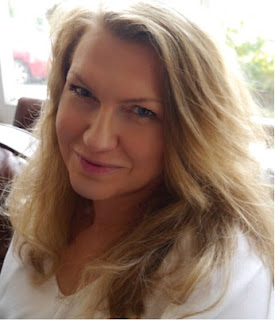 
Dr Fay Bound Alberti is a writer and historian specializing in Britain and Europe, 1500-1950. She has published widely on the histories of medicine and science, gender, the body and emotions. Dr Bound Alberti co-founded the Centre for the History of Emotions at Queen Mary College, University of London where she remains Honorary Senior Research Fellow. Other areas of interest include early modern illness and disease, the history and ethics of cosmetic surgery, the relationship between mind and body and gender politics – now and in the past. Fay’s most recent book is This Mortal Coil: The Human Body in History and Culture (Oxford University Press, 2016)

I’ve always been interested in the body, and how we talk about it. When I was eight my mother explained to my brother how they had been connected in her womb through their combined umbilical cords: ‘mine attached to yours’, she said, which didn’t sound quite right to me. I could sense the determination in her words though, the sense of ownership involved in explaining their physical bond. At secondary school my sex education lessons, brutally indifferent to feelings, resolved that physical conundrum, but not the sense of wonder by which we – wriggling in embarrassment on high wooden stools – tried to imagine what lurked beneath our skin. At university, I learned how long men and women had been trying to understand the human body; to account for the gift of life as well as the those ‘thousand natural shocks that flesh is heir to.’ (Hamlet, III, I, 1755) To this end Shakespeare was our ‘contemporary,’ at least according to Jan Kott; his characters experiencing their physical and emotional worlds as dramatically as we do.

But there’s the rub. We experience the world differently from Hamlet. Our bodies are not viewed the same today as they were in Shakespeare’s time. Across seventeenth-century Europe came the arrival of tools like the microscope by which people could know the workings of the body through the only sense that came to matter: sight. The four humours that had explained health, disease and even personality for thousands of years fell from grace, though humoral treatments like ‘bleeding’ continued into the nineteenth century. The ‘mortal coil’ described by Hamlet, the political and social world we inhabit, was also transformed – the rise of democracy and secularism in the West and the end of the ‘great chain of being’ (a hierarchy that kept us all in check) giving rise to individualism and the modern, introspective self. Today it is the brain, not the heart, that is the centre of our feelings, memories and identities, though the symbolism of the heart survives.
How did the brain come to dominate? Here as elsewhere, philosophical change accompanied technological and scientific change. The French philosopher René Descartes moved the soul from the heart, which had recently been confirmed as a pump by the English physician William Harvey, to the pineal gland, located behind the eyebrows. Mind and body were torn asunder; in time, ‘mind’ (which once described soul), simply meant brain. From the nineteenth century, scientific medicine gave rise to new ways of viewing the body through measurement and comparison. New norms were created. Gender and racial differences were etched into the fabric of our bodies – into the shape of our skulls, the structure of our skeletons, the thickness of our skins. Scientific medicine provided new rules to follow, new versions of the truth that were not driven by the imagination, folklore or symbols. But like any other narrative, it was a product of its time, creating stories that rationalised racism and sexism.

Through a series of case studies into the history and meanings of the skin, fatness, the female breasts and genitals, the tongue and the skeleton, This Mortal Coil considers how we have invested each of our body parts with meanings that reveal the needs of culture, politics and society. Thus seventeenth-century women’s tongues were so dangerous in an age of political uncertainty that the ‘scold’s bridle’ was needed to keep them in check. From the nineteenth century, when the industrial age privileged efficiency, being ‘fat’ represented waste and inefficiency, heaping moral outrage on the (increasingly lower-class) obese. In the 1950s the possession of small breasts was redefined as a psychiatric problem, easily fixed by a new type of medical practitioner: the cosmetic surgeon. Today the threat of the female genitals, a source of terrifying power for Shakespeare as for Freud, is contained by language: how much safer is it to see the vagina as a ‘birth canal’ rather than a source of untamed physical pleasure?

Metaphors matter because they shape our worlds, whether depicting the brain as a computer or the pubic hair as a lady garden. Illness is a battle we fight against invaders: we win or we lose, we live or we die. In conventional medicine we are divisible into separate systems and organs. There is no soul or immaterial essence. Yet many of us still believe in one. The heart might be a pump that beats 120,000 times a day, sending blood, nutrients and oxygen around the body. But some people maintain heart transplants move more than an organ, transferring the personality, habits and memoriesof the donors. Today the separation of mind and body suggests we can take control of our physical shell, disciplining it through exercise or cosmetic surgery in search of that perfect ideal. We regard our bodies objectively, as though distinct from the self that lives in our brains. Yet the incidence of mental illness is increasing. As is the demand for whole-body treatment. We are arguably more dis-eased about our bodies than ever before.

Ultimately, This Mortal Coil explores the stories we tell about the body. It does not demonise modern medicine. Nor does it suggest that we were all better off when we lived, like my mother, in a pre-modern world of imagination where we could each lay claim to our bodies without the intervention of science. But this book does ask whether the decline of holistic views of the body, that saw our minds, bodies and emotional worlds as part of a functioning, social whole, has done us a disservice. For surely we are more than the sum of our parts. 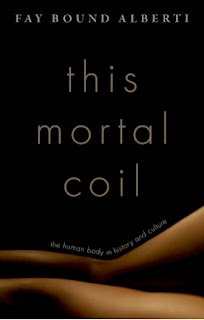 Email ThisBlogThis!Share to TwitterShare to FacebookShare to Pinterest
Labels: body and mind, Fay Bound Alberti, the brain., the heart, This Mortal Coil

Being struck with some kind of illness or disease is really terrible, but being healed and cured of that disease is divine. Ever since i was diagnosed of HIV, i was beginning to accept that my days are numbered and few, but the good thing was i never gave up on trying. Searching everywhere for the cure became helpless, as i was unable to get good results. So i extended my search on the internet, though i kept on seeing people talking about Dr Fabo, a very powerful voodo Dr and a spell caster that has helped a lot of people with the cure for various illness and disease such as Herpes virus, HIV, cancer,infertility, stroke,heart disease, diabetes, high blood pressure and all kinds of sickness. At first i taught it was some kind of online fraud, because i believed there was no cure for me. But, at the end, i was left with to choice, so i decided to give it a try. I followed the instructions of Dr Fabo correctly, did all i was asked of him, to my greatest surprise,Dr Fabo did his great work and few weeks later, i went back to check, and i was diagnosed again, to my greatest surprise, i was HIV negative this time around. It was so hard to believe i was finally cured and today i give all the thanks to Dr Fabo.
My advice to everyone at there with any kind of illness or disease, dont think thats the end for you, search no further, but contact Dr Fabo, for he is a life saver. Contact Dr Fabo via drfabospelltemple@hotmail.com.