Writing historical fiction involves a lot of research and time spent in libraries, museums and archives. It’s part of the job that I love. But when I’m working on a book, creating a sense of place is an important part of the process. Readers often ask how I research locations, how I find out what real places would have been like at a specific point in history.


My first novel, The Crimson Ribbon, is set mostly in London and Abingdon, but it begins in Ely, in the home of one of the town’s most famous residents, Oliver Cromwell. It was during my first research trip there that I learned the importance of visiting real settings, wherever possible.

The book is set during the years of the English Civil Wars when Cromwell was a man of influence in the town. He moved there in 1636, became Governor in 1643 and relocated his family to London towards the end of 1646.


Luckily, the family house still stands and is now a museum. I’d spent a lot of time learning about the man himself and walking around the house was quite emotive. On a practical level, it allowed me to understand the layout of the rooms and the positioning of the house both geographically and socially. Some of the interiors still have their original paneling and the inclusion of seventeenth century furniture gives it atmosphere, despite this somewhat creepy addition of an Oliver waxwork! 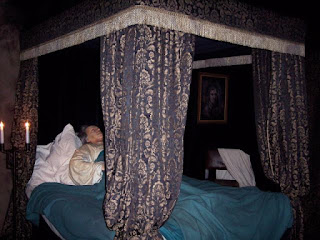 As soon as I decided to open the book in Ely, I knew the cathedral would feature in some way. It’s a spectacular building, made more so by the surrounding landscape. Ely isn’t a built up town even today, so it’s easy to imagine how impressive the cathedral would have been when Ely was just a village, and what a presence it must have been in people’s lives.

By the seventeenth century, many of the old medieval cathedrals had fallen into disuse and were beginning to crumble to ruin. They were used as meeting places, or markets and in some cases, such as St Paul’s in London, became hotbeds of sedition and debauchery. But Ely remained partly in use throughout. The structure overshadows Cromwell’s house and St Mary’s church where the Cromwell family worshipped; as a strict Puritan, Cromwell would not have welcomed this ever-present symbol of the old faith and all its associations. 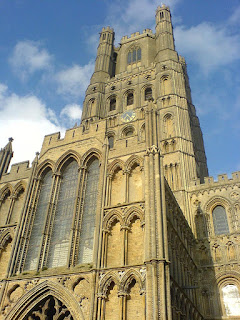 The reputation of Cromwell as an iconoclast is well known but there’s no evidence that he was personally responsible for any damage to Ely Cathedral. It’s been claimed that he oversaw the demolition of the fallen tower and transept but in fact, this fell in the fourteenth century and most of the damage we see today was a result of Reformation zeal a hundred years before. A later Parliamentary campaign to demolish such buildings, never came to fruition.

Climbing the cathedral tower is a memorable experience. The fenland landscape falls away and a huge cloud-filled sky stretches out above. It gives a real sense of scale, quite different from on the ground. I couldn’t help wonder about the atmosphere of awe and superstition that might have surrounded these buildings and what it would have meant to the ordinary people that lived in the cathedral’s shadow during those tumultuous years. 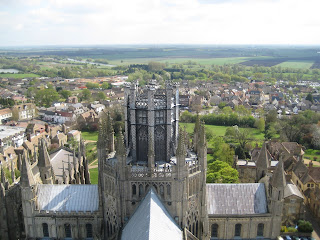 The landscape surrounding Ely would have been quite different then too. By the mid-seventeenth century the Fens were being drained but the Isle of Ely was still surrounded by floodwaters at certain times of year. These days, there’s virtually nothing of the old fenland landscape left, but a visit to Wicken Fen gave me a good idea of how it might have looked. This National Trust nature reserve is doing great conservation work and is very evocative. 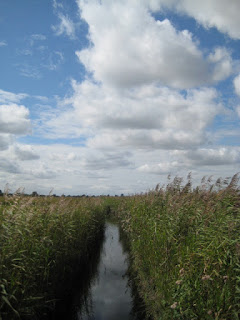 And what of the town itself? I began by studying old maps and images, plotting seventeenth century streets onto modern plans, to get a sense of layout and distances. Google maps can be a great help here, but nothing beats an actual visit. Ely is packed with history and walking the streets it’s not difficult to trace the old town seen in this 1610 map.

I’ve also found that local museums, visitor centres and tourist information offices can house a wealth of information. I’ve discovered pamphlets and books written by local historians that give the kind of detail you can’t find elsewhere and lend a bit of colour – great for things like local myths and legends (and, significantly, the names of seventeenth century taverns!).

Turns out Oliver Cromwell’s Ely can still be found, just beneath the modern veneer. All that’s missing is the stink and clamour of seventeenth century England, and for that, we have imagination.


For more about Ely and its history, see these posts by fellow History Girls Adele Geras and Karen Maitland.

Toppings Bookshop (for local history books and much more)


www.katherineclements.co.uk
Posted by Katherine Clements at 01:00

Hello, I like your website and I like your writing. Because it is attractive to me. How can I vote for your site/post? Have you polling system for your articles like Leaderpoll ? Will you give a chance to vote by adding polling system? One of the best public polling system is Leaderpoll which surveying a lot of social media users. It's mission is to create content driven polls while engaging the public to help find the opinion of the people.