The beauty of Bunyan, by Vanora Bennett

I used to think it must be a twee little book, the Pilgrim’s Progress, because the four sisters in Little Women read the famous Christian allegory so assiduously on Sundays and it seemed to be full of the kind of religious goodness that I figured any red-blooded child must (at least secretly) find boring.

It was written by John Bunyan and published in 1676. It made him famous. It was pretty much the only book apart from the Bible that children in Victorian days were allowed to read on a Sunday. 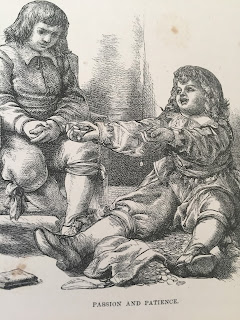 We don’t know it half so well these days, but since Bunyan is remembered in the Church with a minor feast day in August, and since I have been thinking since That Referendum about cussed free-thinkers through history who have come out and surprised the powers that be with their ideas, sometimes changing the course of history, I have dipped into my granny’s copy, which may have been her granny’s too, since it was published in 1861, in Bunyan’s honour.

Bunyan, it turned out, had a colourful life. He was a tinker and a soldier, born in Bedford, whose wife introduced him to freethinking religious ideas and an austere sect in which he could do penance for his past sins – dancing, and helping as a ringer in the parish church belfry, and playing tipcat on Sunday. He started preaching, but came a cropper after the Reformation, when tolerance for freethinking went down to near zero, and he was packed into jail for more than 12 years for his nonconformist ideas. He wrote the Pilgrim’s Progress – “from this world to that which is to come” while in jail though it was only published after his release, as religious dissent became more tolerated. He spent his last years continuing to preach and was known affectionately as Bishop Bunyan. 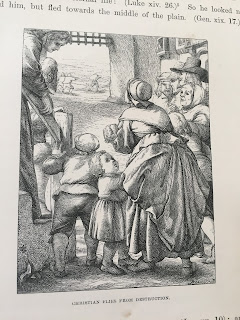 Here is what the newspaper cutting my grandmother left in her handsome leather-bound Rutledge copy of the book in 1938 says about it.

“It is probable that the average modern reader does not know ‘The Pilgrim’s Progress’ as did his forefathers, who made acquaintance with it almost before they had left the nursery. In the Victorian era it was among the most popular of ‘juvenile gift-books.’ Benevolent uncles and aunts played for safety when they chose this as their present; the most censorious parents could not object to it; it was indeed among the very few story books which might be opened on Sundays. The children loved it for its thrills and for the vigorous illustrations which usually adorned it. Bunyan’s theology did not interest them. But Christian seemed a delightful kind of sabbatical Jack-the-giant-killer, and the Pictor of Apollyon as he ‘straddled quite over the whole breadth of the way’ was one to haunt the memory.  Then in later years, when they could better appreciate its greatness, they returned to Bunyan’s masterpiece as to an old friend. It appeals still to every one who prizes our English speech, and it has brought solace and delight to millions of simple readers. 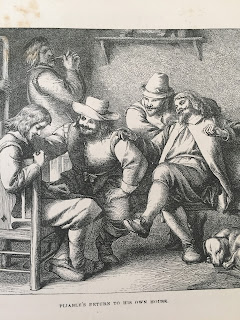 “What is the secret of its power? This English classic is the work of an uneducated man, the ‘little schooling’ he received being, as he confesses, ‘almost totally forgotten’ soon afterwards. His handwriting is an illiterate scrawl and his manuscripts had to be drastically edited before a printer could deal with them. Again, ‘The Pilgrim’s Progress’ did not gain its success by any striking novelty of theme. The idea of human life as a pilgrimage, suggested in the New Testament, had been developed by many allegorists; one such book had appeared not long before Bunyan’s. 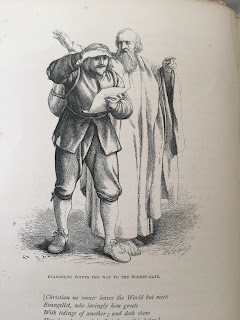 Yet there was a clear point of difference. In all the other allegories of pilgrimage the characters were merely conventional puppets of virtue or vice; in ‘The Pilgrim’s Progress’ they were most real men and women. Bunyan had seen and known them all, and draws their portraits with astonishing deftness, with the most engaging blend of kindliness and satire. They have their counterparts in every age. We still meet Mr Byends, disdaining those who ‘are for holding their notions though all other men are against them; but I am for Religion in what, and so far as, the times and my safety will bear it’; and Mr Facing-both-ways, and the young woman whose name is Dull, and the heroic Mr Greatheart, whom we could ill spare today. Beyond question, it is this company of living people met by Christian and Christiana on their journeys that give Bunyan’s work its vitality and perennial charm, together with the magic of his style, felt by all those who value English prose.”

This certainly makes me want to know more. The pictures in the edition on my lap are robust, lively etchings of solid, rambunctious English people, too – real-looking people you can imagine with forthright opinions and a bit of a sense of humour. It seems perfect reading for understanding a bit more about how the underbelly of history worked, where ideas come from, and how they survive, grow and finally die, maybe only centuries later. Who knows, there may even be a clue for me about the strong currents and cross-currents of thought in our country today. What's certain, though, is that even if twee goodness might be boring to the red-blooded reader, goodness born of sin, stubbornness, dancing, bell-ringing, tinkering and soldiering sounds altogether more fun. No wonder the Little Women enjoyed it so. It’s going to be top of my reading list for this summer too.

I hope you enjoy it, Vanora. I read it years ago and immediately fell in love with the way it begins: "As I walked through the wilderness of this world..." and the style was much lighter and funnier than I'd expected.