When I heard that Shakespeare's will was going to be on display in Stratford-upon-Avon - less than an hour's drive from where I live - I felt I had to go and see it. Containing three of Shakespeare's known signatures (of which more below) and the bequest to his wife of his "second-best bed," this must surely be one of the most famous last testaments in the literary world.

It is normally housed in the National Archives, where fascinating restoration work has been undertaken, but was on display earlier this year in London and now, briefly, in a special exhibition yards away from where the poet is believed to have been born, at the Shakespeare Centre in Stratford.

This is what one page of the will looked like before restoration: 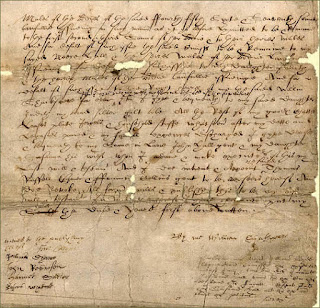 New research at the National archives has established that page two remains from an earlier draft and that pages one and three are the ones drafted in January and amended and dated March 25th 1616, about a month before Shakespeare's death.

Just to recap and remind readers, in 1613 Shakespeare bought the Blackfriars Gatehouse in London and by 1616 was a substantial man of property. At the time of his death, he was living in New Place, bought in 1597 (around the time he was writing Henry lV, part two) and moved into in 1610 (when perhaps Cymbeline was written).

The plot sits on the corner of Chapel Street and Church Street: 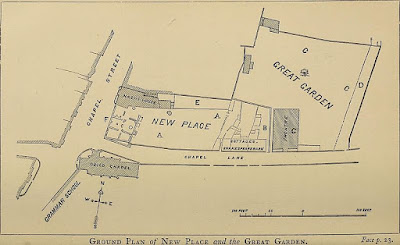 At the time he bought it, it was the second-largest house in town and had been built about a hundred years earlier by Hugh Clopton. It had two gardens and two orchards and was also known locally as The Great House. Here is a sketch of it made in the 18th century, with the front door opening on to Chapel Street: 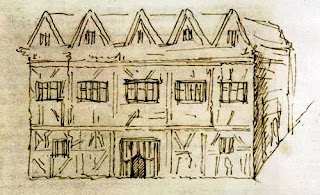 In his will, Shakespeare left this and other property to his first child, Susanna, who married Dr John Hall, eight years older than her, in 1607. Their only child, Elizabeth Hall, married Thomas Nash, whose house was next to her grandfather's property: 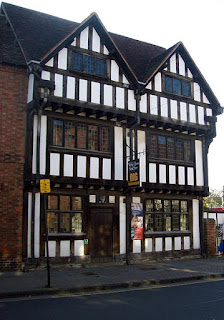 That house still stand but, alas, New Place does not. Although Elizabeth Hall inherited New Place, by that time her first husband was dead and she had re-married and never lived there. In the 18th century it belonged to an irascible-sounding vicar, The Reverend Francis Gastrell, who was so incensed by sightseers and Bardolaters trespassing in his gardens that he first cut down the mulberry tree Shakespeare was believed to have planted and finally, in 1759, demolished the house itself!

Back to Will's will. Susanna wasn't his only child: there were the twins Judith and Hamnet, born in 1585 and probably named after a couple of friends, surnamed Sadler (Hamnet Sadler, a witness, is left money in the will to buy a memorial ring). The Sadlers might have been the twins' Godparents and if so, must have shared in the parents' grief when eleven-year-old Hamnet died in 1586, the year before the purchase of New Place.

But Judith survived and married Thomas Quiney not long before her father's death. It was discovered that Quiney had made another woman pregnant, which perhaps made him a less favoured son-in-law than reliable John Hall. At any rate, Judith's bequest was £300, the second half dependent on her husband settling on her land of the same value.

The will was drawn up by Francis Collins, a local lawyer, and uses typical legal language of the time. (Collins was left £13.6s.8d). Shakespeare left his sword to Thomas Combe and money to other male friends to buy rings, including Hemynges and Condell, who published the First Folio of the plays in 1623, and Richard Burbage, who bodied forth so many of poet's great characters.

The will is signed on every page. Here are the three signatures in order:

I am no handwriting expert and it may be fanciful to detect a wobble in the writing and a firmer effort for the final, legitimising autograph. Not that I could see it so clearly on the actual exhibited will. They are spelled respectively William Shakspere, Willm Shakspere and William Shakspeare, none of the versions the one we use today. But the standard version is how his signature was printed in editions of Venus and Adonis and The Rape of Lucrece in his lifetime.

I've been a regular visitor to Stratford since we moved here fifteen years ago but this was only the second time when we were not there to see a play. So we decided to see some of the other sites and went to the Birthplace Trust.


I had been rather snooty in advance about the so-called birthplace, expecting a Disneyfied sort of Ye Olde Englishe approximation.  But I was pleasantly surprised. Although only "probably" where Shakespeare was born, in the house owned by John Shakespeare, alderman and glover, it looks convincing enough:


The entrance is actually through the cottage of Joan Hart, Shakespeare's sister, whose will allows her to remain in that house at a nominal rent, during her lifetime. 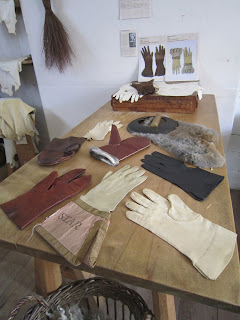 On the ground floor of the house, with a window on to Henley Street, is the workshop where John Shakespeare made his gloves. Upstairs, there is a bedroom where all eight Shakespeare children, four boys and four girls, are supposed to have been born. William was the third child and first son. Both his older sisters died before his birth in 1564. 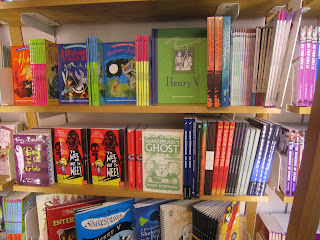 The Birthplace Trust has a very good bookshop, where I was pleased to find Shakespeare's Ghost. I knew they liked it and were going to stock it but it was still good to see it there.

Nash's House, next to New Place, also contains a bookshop and will house an exhibition but sadly New Place was still behind builders' hoardings. It should have opened on 1st July but torrential rain has held up the work. We'll just have to go back again as tourists rather than playgoers. 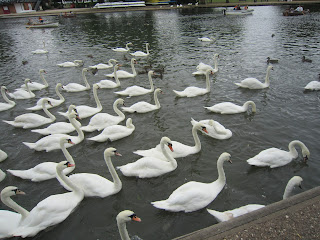 Signatures: Creative Commons
Will: The National Archives
All other photos the author's own

What I remember enjoying most about visiting the properties a few years ago was how knowledgeable the staff were and how many interesting nuggets they would share if you engaged them. I ended up getting a picture tour from a guy who's knowledge of art symbolism was amazing.

Sorry, there was an embarrassing typo the first time I commented! Start again. It looks lovely, quite a big house the Shakespeare family had! I've only been to Stratford once, a very long time ago, and saw Anne Hathaway's cottage, much smaller than the one in your photo. Still exciting to think that Shakespeare might have sat on that very bench when he visited!

As I recall, Judith's house was being used as a tourist information office at that time - who would have known if not for the small plaque?

Goodness, that was a grumpy owner who pulled down the house! I can just hear him snarling about Shakespeare groupies and tourists interfering with his peaceful existence in his home...