Sometimes when I am asked what I write I say: ‘I write about people who get themselves into difficult situations and, by and large, get themselves out of them again.’ That usually gets a positive reaction. If, however, I say ‘I write social history about the Second World War and especially women on the Home Front’ people’s eyes tend to glaze over and they move to another part of the room. Same books, different packaging.

So today I thought I would share a little bit of what I do and why. I write because I love it. I can’t think of anything else I would rather be than a writer. I’ve always wanted to write, ever since I was a little girl. I used to make up stories and tell them to my toys and later to my friends. I even used to write stories for my boyfriend in airmail letters when I was living in Vienna and he in London. We’ve now been married for 29 years, so the stories can’t have been too bad.

However, in the end I wanted to write about real people, not ones I had made up in my head. I find that the lives people lead are fascinating. There is no such thing as a typical person or a ‘normal’ reaction and that is what began to interest me. I was working in the art world but found myself more drawn to the artists themselves than to their work. I wanted to know what made them tick. I remember interviewing the sculptor Anthony Caro and his wife, the painter Sheila Girling, about their lives together as artists. Tony told me that it was Sheila who chose the colours for his early sculptures because she had a better eye for colour than he did. I was tickled pink by that, especially as no one had ever interviewed them together before, so the question was not one he had been asked. I like titbits like that. They are just a little quirky. 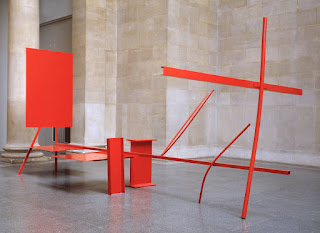 When I am interviewing people for my non-fiction books I don’t use any type of recording device because that can be off-putting. I just ask questions and take notes. The interviews generally last about 45 minutes to an hour and in that time I get perhaps three or four sentences I can use, but those are usually gems. For example, I was talking to a lady called Jean Hammond whose story is told in Stranger in the House. Her father was in a German POW camp and when he came home, she told me, they never ate a meal indoors. They sat in the garden or, when it was raining or snowing, under the porch wrapped in blankets. She said it in a matter-of-fact way as if that was perfectly normal. But it was a new one on me. I asked her why and she said she never knew. She imagined it had something to do with his POW experience but as she was a child when he came back she just accepted it. 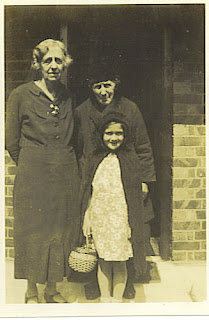 In researching and writing Jambusters I constantly found women replying to my request for interviews with ‘oh, I won’t have anything interesting to tell you.’ When someone says that my ears prick up and I think: ‘oh, you don’t, do you? Well I think you’re wrong…’ And more often than not they tell me some glorious detail. A woman in an Oxfordshire WI remembered her father coming into the kitchen where members of the Produce Group were making vast quantities of jam. One of the ladies was complaining that she was wasting precious jam as she could not get every last drop from the bottom. So he took a wooden spoon outside to his tool shed and half an hour later returned with a spoon that had a flat side and a sharp point. This was ideal for scraping the jam off the bottom of the pan and everyone was delighted with the design. Needless to say it was copied. I find other gems in diaries, memoirs and in odd collections of notes in the Imperial War Museum archives. It was there that I found Mr Fagg, who worked in the Board of Trade in the war, supervising coupons and taking responsibility for the width of the gusset of women’s knickers, the amount of metal in over-sized corsets and the length of men’s socks. You literally couldn’t make it up. He is one of the key players in Fashion on the Ration. 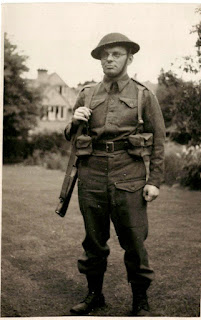 I also found one of my favourite facts of all time at the IWM. Lord Nuffield, the great car maker and generous philanthropist, supplied all the women’s services with sanitary towels for the entire Second World War. These things were new-fangled and very expensive and he knew the young women in the services would not be able to afford them or indeed get guaranteed supplies. It was an act of immense generosity and far-sightedness on his part and no one knows about it. Except you do now! They were known as Nuffield’s Nifties. Writing women’s history is not always easy. There are a few of us who do it: Jane Robinson, Janie Hampton and Midge Gilles to name three I know well. We sometimes find it hard to get taken seriously by male historians who write about grave matters like tanks and planes and battles and generals with handlebar moustaches. In a list of the top 50 historians published last year there were just four women and of those I was the only one who writes about women.

Women are at the heart of my next book, too, but this one contains explosions and secret codes, radio operators and stealth. I wonder how that will be received?
Posted by Unknown at 00:30

Nuffield's Nifties! - I now have a higher opinion of Lord Nuffield than I ever did before.

Eating out side! what you accept as a child and never question is often more interesting to others as an adult and often you cant say why as you never asked, just did. The scars of war still run deep and so often are missed or ignored. Thank you.

That was a generous thing for Lord Nuffield to do. I did giggle at Fagg though - the width of women's gussets - just fancy!

I would far rather read about that kind of thing than all the battles and the tanks used therein, more power to your pen m'dear.

At Moon Bitcoin you may get FREE satoshis. 163 satoshis every 1 hour.