Christmas: a Biography by Judith Flanders 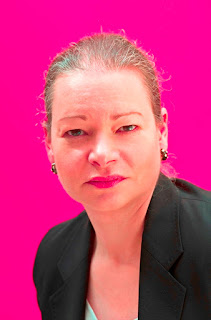 Judith Flanders was born in London, England, in 1959. She moved to Montreal, Canada, when she was two, and spent her childhood there, apart from a year in Israel in 1972, where she signally failed to master Hebrew.

After university, Judith returned to London and began working as an editor for various publishing houses. After this 17-year misstep, she began to write and in 2001 her first book, A Circle of Sisters, the biography of four Victorian sisters, was published to great acclaim, and nominated for the Guardian First Book Award. In 2003, The Victorian House (2004 in the USA, as Inside the Victorian Home) received widespread praise, and was shortlisted for the British Book Awards History Book of the Year. In 2006 Consuming Passions, was published. Her book, The Invention of Murder, was shortlisted for the 2011 CWA Non–Fiction Dagger.  The Victorian City: Everyday Life in Dickens’ London was published in 2012. And now, Christmas: a Biography has been published by Picador.

Welcome, Judith, for agreeing to be our very seasonal guest

Charlotte Wightwick: The book is called Christmas: A Biography. Why 'Biography' rather than 'History’?

Judith Flanders: I wish I had a more profound answer for this, but mostly it was because I wanted to give the subject a bit of ‘life’, not just that it was either dead history, or living kitsch. Oh, that and my publisher liked it.

CW: Its a commonplace that 'the Victorians invented Christmas as we know it.' How far is this true?

JF: Not true at all. This was what I thought when I began. (Annoyingly, this was even what I had written previously.) But the really exciting part of historical research is that you get to change your mind, and within only weeks I realized that this was just wrong, wrong, wrong. One historian had famously written that between 1790 and 1832, the Times newspaper had barely mentioned Christmas most years, and many years had never mentioned it at all. He had done his work before newspaper digitisation, so I had a huge advantage. When I ran a digital search on those dates in the Times, I actually found more than 5,000 mentions…

Christmas has always been a holiday of consumption. For most of history from the earliest mentions, in the 4th century, it was about consuming food and (especially) drink. With the coming of mass production and industrialization, the types of consumption changed, from food and drink to presents (and more food and drink!), which makes us think of the 19th century as being the period when Christmas was ‘invented’, but that really couldn’t be further from the truth.

CW: What's your favourite fact or story about Christmas which you didn't previously know? What surprised you when researching the book?

JF: There were endless surprises, but my favourite fact was one that showed how little change there has been in some things. In 1805, on the Lewis and Clark expedition, a government-sponsored expedition to map out much of the west of America, Lieutenant Lewis recorded in his diary that Captain Clark had given him ‘Fleeshe Hoserey vest draws & Socks’, and another man had given him a ‘pr. Mockerson’. That is, he received fleece hosiery (long underwear), a vest, underpants and socks, as well as a pair of slippers. It was good to know that boring Christmas presents have a long history!

CW: As well as universal traditions, every family/ set of friends has its own particular festive quirks. What's your own favourite personal Christmas tradition?

JF: I have to admit to being a total Christmas fraud in real life, compared to on the page — I’m Jewish, and don’t celebrate Christmas. We had a tree a couple of times when I was a child, but it was never a big thing for my family. And today I do nothing at all: I find the run-up to Christmas so exhausting that I’m always happy just to lie on the sofa through the holidays, reading all the books I didn’t get around to all year.

JF: Oh dear. This is going to take a while, isn’t it? I’m sorry, Virginia, but I have to tell you that no, Santa Claus isn’t real. But the various ‘Santas’ that have been suggested include a ‘coster’ (a street-seller of fruit and vegetables) who breathes fire through the keyhole on bad boys and girls, and, my own favourite, a newspaper in 1815 which had a letter signed ‘Santa Claus, Queen and Empress of all handsome girls…Queen and Empress of the Court of Fashions’, followed by a letter of approval from this ‘good, delightful, charming’ woman’s husband, St Nicholas. So there you have it, Santa is really a woman. 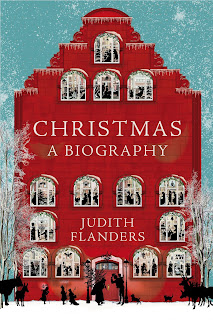 (We are very grateful to Judith, Charlotte and the publishers at Picador for responding so swiftly to our request, after a glitch in the system nearly left us guestless in December!)