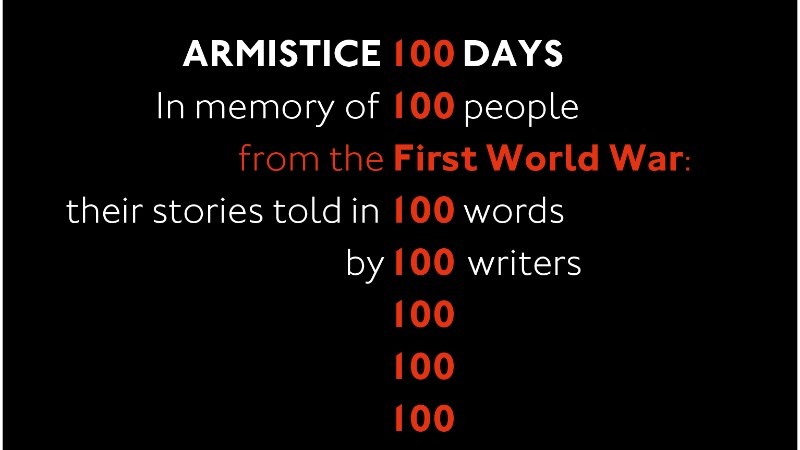 The Armistice 100 Days project is the result of a collaboration between the Imperial War Museums and the writers' collective 26 to commemorate the lives of 100 people who experienced World War I.  One hundred writers wrote a 100 word piece (a centena) in which the first and last three words are the same, and a 500 word creation story about the research behind the writing.  Click here to see this moving display of photographs, paintings, artefacts, writing and research.  Each story is vivid, heart-warming, heart-breaking, poignant, inspiring.  Each takes an individual by the hand and draws them close to us now.

My centena is called "Except ..." and was inspired by my grandfather, James Mortimer Clark, who was a doctor in the Canadian Army Medical Corps, before going to China as a medical missionary, where he died in 1925. 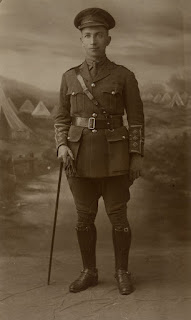 Not the end – the beginning!

You can visit the page for Day 98 here.

The project has been running since 5th August, and is coming to an end in two days.  It was a privilege to be part of it.

(The 10th is usually Michelle Lovric's slot, but she kindly swapped with me this month.  You can find her excellent post Infamy Again on the 5th of November, here.)

(There is a selection of centenas stunningly performed by their writers on YouTube here.  And a beautiful book has been produced which is available from Just Giving (profits to go to the charity War Child).)

(I did a photo post for The History Girls back in 2013 about my mum in China before her father died called, unimaginatively, China and My Mum.)