The women had come at the specific request of the Bishop of Sydney, Bishop Polding, who had travelled to Ireland to share with Mother Mary Augustine Aikenhead, the founder of the Sisters of Charity order, his concerns about the spiritual wellbeing of the women convicts in the colony, especially the intractable women (primarily Irish) who had been sent to the Female Factory in Parramatta . He begged Mary Aikenhead to send a group of sisters to New South Wales to help these convict women and the colony generally.

In an address given in the Catholic Cathedral of Sydney on 6 January 1839, Polding described them as being ‘filled with courage not belonging to their sex’. It wasn’t long before he was to view these Irish nuns as a thorn in his English side and as intractable as the Irish convicts in the Female Factory in Parramatta.


The Sisters of Charity had been founded in Dublin in 1815 by Mary Aikenhead with the special mission of serving the poor, but as the daughter of an apothecary Aikenhead gave special emphasis to the care of the sick poor. In 1834, she had opened St Vincent’s Hospital in Dublin, and it was soon recognised as the premier hospital in the city.

Mary Aikenhead had listened sympathetically to Bishop Polding’s request. She asked for volunteers to make the long journey, and five sisters agreed to go. They were all educated and cultured women and at least two - De Lacy and O'Brien - had formal nursing skills.


Alicia De Lacy, later Sister Mary John Baptist De Lacy, was born in Limerick, Ireland, on 1 July 1799 into a landed family that had fallen on hard times. In 1835, having heard that volunteers were sought to join a mission to New South Wales, she entered the Sisters of Charity as a novice and professed on 25 September 1837. She gained nursing experience at the newly opened St Vincent’s Hospital in Dublin before her journey to Australia.

When the five Sisters of Charity arrived, the Female Factory was severely overcrowded and had become famous for its riots. 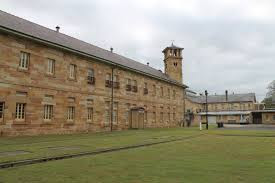 Even the attending Roman Catholic priest had given up calling there to celebrate mass on Sunday, because of the ‘blasphemy and general bad conduct of the inmates’.

The women were willing to accept the Irish sisters, who visited twice a day, giving religious instruction, treating the sick and giving school lessons for the children. The sisters also lobbied the government successfully for improved conditions.

But Archbishop Polding was an English Benedictine and he subjected the women to constant interference, trying to get them to accept the Benedictine Rule. More seriously, despite his assurances to Aikenhead that he would provide for the sisters, he kept them in severe and unrelenting poverty.

The sisters had no money of their own. Assuming that Polding would care for them, when they arrived in the colony they had refused a government offer to pay them a stipend directly, saying that under their rule any service given to the poor must be done without payment. This decision was to cause them great suffering.

Although Polding received a government stipend on behalf of the sisters, he withheld it from them. Nor did he give them the sum of £2,000 that had been sent out with them on the voyage to Sydney. Instead, he demanded that they write to Dublin and ask Aikenhead to send them the dowries they had paid when they entered the order. When the money arrived, the Bishop did not release it to the sisters. Their early years in the colony were haunted by desperate poverty and actual hunger.

By 1847, De Lacy was Superior of eight other sisters who had joined the order. She was the only one of the original five sisters still in New South Wales, as the others had moved to Tasmania (primarily to escape Polding). The dark-robed Sisters of Charity were often to be seen in the city, walking many miles each day to assist at the Sydney Infirmary and attend at the prisons. They became known for visiting and treating the sick poor in their homes, no matter whether the patient was Catholic or not.


It had become clear to the people of Sydney (if not to Polding) that the Sisters of Charity needed a permanent residence. Also that Sydney needed a new hospital. What could be better, suggested the city’s luminaries, than to house the nuns in a free Catholic hospital, based on the model established at St Vincent’s Hospital, Dublin? And who could run it better than the redoubtable De Lacy, ‘who had devoted her whole life to the relief of the sick, and to the comfort of the poor’ and was surely ‘equally entitled to gratitude with Miss Nightingale'?

And so, at Tarmons, a substantial villa in Woolloomooloo Heights (now Potts Point) was purchased with the assistance of subscribers. In 1857 that the Sisters of Charity founded St Vincent’s Hospital there.

As the first Superioress of St Vincent’s Hospital in Sydney De Lacy and used her skills to negotiate the financial and practical needs of the organisation. As reported in The Sydney Mail in 1866, she was creative in her efforts for the hospital:

The Sisters on entering into possession at once devoted the best apartments in the building to hospital purposes. But so much had to be done, and so much purchased, that it was not until August, 1857, that the hospital was thrown open to the public. At first the Sisters were only able to provide a single ward for female patients; and, but for the energy and influence of their Superioress, there would probably have been a still longer delay. This lady got together a number of such ladies as were liberally disposed and as possessed the means of indulging this disposition, and prevailed upon them to contribute each a bedstead, bed, and bedding.

By all accounts, Sister Mary De Lacy was an extremely hard worker, assisting at all levels of hospital management, including nursing and the dispensing of prescription medications and in the training of other nursing sisters. And she was scrupulous in implementing Mary Aikenhead’s policy: that the Sisters of Charity would help people of any race, colour or creed. She had a special alcove near the wards set aside for her, where she could catch some sleep when nursing a patient overnight.

Matters came to a head in 1859, when Polding’s zealous chaplain, Father Kenyon, removed a donation of Protestant Bibles that De Lacy had accepted for the use of Protestant patients.

There was outrage in Sydney at this, and Polding was reminded that subscriptions for the hospital had been raised on the basis that St Vincent’s would welcome patients of all religions.

Polding backed down and the Bibles were returned. But his dislike of De Lacy, who had allowed the Bibles to be accepted and used in the hospital, increased.

A short time later, when the hospital's supply of water ran short, Dr Robertson (the hospital's Protestant doctor), and De Lacy used a hand-pump to draw water from some tanks in the front of the convent without asking for the permission of the whole sisterhood to do so. This provided the excuse Polding needed. He demoted De Lacy from her position as mother rectoress of the hospital and and inexperienced woman of Polding’s choosing was given the position instead.

It was the last insult for De Lacy, who gave up the fight and asked for permission to return to Ireland. 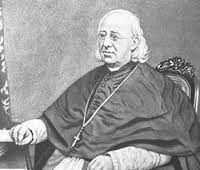 Still Polding's vendetta continued. Not only did he refuse De Lacy's request, he insisted that her vow of poverty meant she owned nothing except the clothes she was wearing. Thus she had no means to pay for the journey home to Ireland.

Polding thought that was an end to it, but De Lacy was very much liked and admired in Sydney. Community outrage at her treatment led to public subscriptions that raised the funds for her voyage home.

The Freeman’s Journal of 8 June 1859 lamented the departure of ‘Australia's Florence Nightingale’ in fulsome prose:

"The tribute paid by her co-religionists to the lady who just left the colony will, no doubt, meet with general response. We hear, on every hand, testimonies to her amiable character and serene beneficence. She has been described to us as strongly realising the ideal of some of those characters of the Middle Ages delineated in the writings of Scott … We are not less strongly attached to the distinguishing principles of Protestantism, because we cherish towards these virtues a feeling of the highest veneration, whether in a Fry, a Nightingale, or a De Lacy."

On her return to Ireland, she was welcomed back by the Irish Sisters of Charity. Polding, however, would not let the matter rest. He wrote to Archbishop Cullen in Dublin, insisting that the archbishop order De Lacy to return to Sydney or excommunicate her for disobeying his orders.

Archbishop Cullen's reply was firm but polite. He told Polding that Sister Mary was doing good work in Dublin and as she was rather advanced in age (she was 60) it would be best to let her remain in Ireland.

Appalled by Polding's actions, De Lacy's supporters in Sydney  wrote to the Vatican, demanding an end to the Archbishop’s persecution of the nun and of the Australian Sisters of Charity generally. The Vatican undertook an investigation into the matter, and to Polding’s utter chagrin, he was called to account for his treatment of the Sisters. He no doubt considered himself to be the victim of an Irish conspiracy.

Things settled down at St Vincent’s when Sister Veronica O’Brien assumed the hospital’s management. Educated in France and a first cousin of Sir Dominic Corrigan, an eminent Dublin physician, she was by all accounts an excellent superioress. 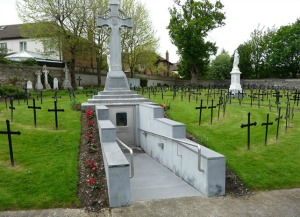 Sister Mary John Baptist De Lacy died in Ireland on 12 December 1878 at the age of 79, and was buried near the grave of Mary Aikenhead at Donnybrook, near Dublin (right).


In recognition of her contribution to health care in Australia, De Lacy Place in Canberra was named in her honour.

What an interesting slice of history! It's good that you are recording these notable women who would otherwise be lost to the general reader.

That is a gripping story - thanks for telling it!