One good thing about the internet is that I have access to many documents online, that previously were only available to me through archives. The most valuable sources for me are diaries, in which I get a first-hand account of seventeenth century life. I have linked all the diarists in this post to their online diaries.


The first diary I used was that of the Quaker, George Fox, because he appears in my first novel, and like many diaries of the time his diary was written because of a religious impulse, in which he was documenting his relationship with God. The original journal was revised before it was published and I found both editions interesting to compare.

Fox's journal was first officially published in 1694, by which time it had been substantially edited, and cleaned up. Parts of the journal were not in fact by Fox at all but were re-constructed by his editors keen to spread a message of clean and godly living. References to meetings in taverns, and the dissent within the Quaker movement have been expunged from the narrative. The diary portrays Fox as rather more saintly than he probably was, and always vindicated by God's providence. This is the problem with diaries published later (particularly by Victorians) - the temptation is always to clean them up, thus losing value for researchers like me. Only recently have we been able to read the 'naughty bits' in Pepys' Diary.

Many diarists of the seventeenth century were religious men. Though the diary of Roger Lowe is very much the diary of the common man, it still shows his refusal to conform to the re-established church. It gives us insights into a seventeenth century mercer's apprentice living in a Lancashire village. In his entries we discover that literacy was unusual in his community, and somewhat prized, because he sometimes offered to write letters for his neighbours. In October 1663 his friend John Hasleden told him;


"that he loved a wench in Ireland, and so the day after I writ a love-letter for him into Ireland".

Can't help wondering exactly what he put! His diaries reflect the concerns of a working class man, not a member of the aristorcacy, and as such are especially valuable:

"Friday. dyed Alexander Potter 3d son to Cozen John Potter de Lilly Lane who in his life time was nevr supposd to have any genius a meer child yet now att his death called father & mother & prayd forgivenes of his faults in cheating them of a half peny and wished them to live in peace & that his sister Ellin would leave off swearinge & so dyed & without question is now att rest." (25th June 1675)


The diary of Roger Lowe of Ashton in Makerfield is preserved in the Leyland Free Library and Museum, in Hindley, Lancashire. Here is a link to pictures and more extracts. 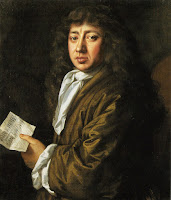 Samuel Pepys began his diary in 1660 and continued to write it for ten years. His diary is arguably the best-known resource we have on London in the 17th century. It provides us with a fly-on-the-wall account of daily life in the period just following the Restoration of King Charles II, and includes passages on The Plague and The Great Fire. Here's a bit from the Coronation of Charles II, in which he confesses that in the middle of the proceedings he has to answer a call of nature. This is the joy of Pepys; the personal and the political are intertwined.

"The King in his robes, bare headed, which was very fine. And after all had placed themselfs - there was a sermon and the service. And then in the Quire at the high altar he passed all the ceremonies of the Coronacion - which, to my very great grief, I and most of the Abbey could not see. The crowne being put upon his head, a great shout begun. And he came forth to the Throne and there passed more ceremonies: as, taking the oath and having things read to him by the Bishopp, and his lords (who put on their capps as soon as the King put on his Crowne) and Bishopps came and kneeled before him.....But I had so great a list to pisse, that I went out a little while before the King had done all his ceremonies and went round the abby to Westminster-hall, all the way within rayles, and 10000 people, with the ground coverd with blue cloth - and Scaffolds all the way. Into the hall I got - where it was very fine with hangings and scaffolds, one upon another, full of brave ladies. And my wife in one little one on the right hand." 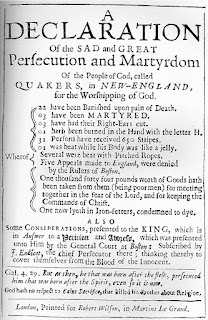 An awareness of the importance of national events also seems to have encouraged Roger Morrice, who began to keep an 'entring book' in 1678 after the Popish Plot which aimed to re-establish the Catholic Church by assassinating Charles II. The Popish Plot was a fictitious conspiracy concocted by Titus Oates that between 1678 and 1681 created massive anti-Catholic hysteria. Like Pepys' Diary, Morrice's diary  was written in shorthand, and so was only translated this century, and runs to more than a million words. (See this article )His diary begins in 1677 and ends in 1691, and so covers the reigns of Charles II, James II, and William and Mary.

Morrice was a clergyman who had been expelled from his parish after Charles II returned from exile. He shows us many incidences of political or religious unrest, like this example from 1666 showing the persecution of the Quakers:

"Upon Lords day the 17th October at Leicester, the Quakers mett together. There are some Soldiers quartred in the Town, and a Black that is Kettle Drummer to one Company went into the Quakers Meeting, and did as they did, sign, groan, and sing, &c. A little after came in a Captain and three or foure Soldiers, who brought ale and Tobacco pipes with them and sate down and smoked and drunk. The Captain drank the King’s health to a Quaker; the Quaker answered I thirst not; the Captain said it thou drinkest not my Master’s health, I will Cuckold they wife before they eyes. With that, the Captain and Souldiers rose up, and drew their Swords, Shut the doores, and used and abused the women much. Some of the young Girles are so affrighted their recovery is questioned."

Morrice had a friend who was a Privy councillor and so was able to comment on the death of Charles II, a report that is somewhat controversial and indicates a return to Catholicism.

"On Thursday night a priest came up the back way. It was believed by all that he confessed the king, gave him extreme unction and that His Majesty died a papist." 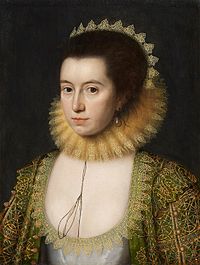 But what of the women of this period? I can recommend the diary of Anne Clifford, a stubborn and independent woman who travelled great distances in her attempt to regain her stolen inheritance - which included Skipton Castle in Yorkshire along with Pendragon Castle, Brough Castle, Appleby Castle and Brougham Castle, all in Westmorland. Her relationship with her husband was strained, but her love for her estates never wavered:


'Upon the 5th my Lord went up to my closet and saw how little money I had left, contrary to all that they had told him. Sometimes I had fair words from him and sometimes foul but I took all patiently and did strive to give him as much content and assurance of my love as I could possibly. Yet I always told him that I would never part with Westmoreland upon any condition whatsoever.'

Though not strictly a diary, though written in her lifetime, a source I really enjoyed reading was the memoir of Anne Fanshawe, a Royalist during the English Civil War. As was common in that period, she gave birth to 14 live children and had six miscarriages. When her husband was taken prisoner at the Battle of Worcester she stood outside his window in the middle of the night in the rain to talk to him.  She also wrote a book of cookery and her recipe for ice cream is thought to be the earliest recorded in Europe.


Here is a passage from her memoirs about the arrival of the King:


"We had by the States' order sent on board to the King's most eminent servants, great store of provisions: for our family we had sent on board the Speedwell a tierce of claret, a hogshead of Rhenish wine, six dozen of fowls, a dozen of gammons of bacon, a great basket of bread, and six sheep, two dozen of neats' tongues, and a great box of sweetmeats. Thus taking our leaves of those obliging persons we had conversed with in the Hague, we went on board upon the 23rd of May, about two o'clock in the afternoon. The King embarked at four of the clock, upon which we set sail, the shore being covered with people, and shouts from all places of a good voyage, which was seconded with many volleys of shot interchanged: so favourable was the wind, that the ships' wherries went from ship to ship to visit their friends all night long."

Other diarists worth considering from this period are John Evelyn, Ralph Josselin and Robert Hooke. For women, try Celia Fiennes the great traveller, or Lucy Hutchinson's account of the English Civil War. I hope you have enjoyed my small foray into the many seventeenth century diaries available to us, and I hope it fuels more research! My novels featuring the hidden lives of the women in Pepys' Diary are available now from Accent Press. 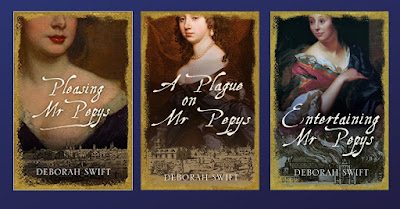 Do nudge me on twitter @swiftstory to chat, or find me on my website.
All pictures are from Wikipedia, unless linked.

A lovely selection of diary entries, Deborah, which reminded me of some of my own Civil War research a few years ago - especially Anne Fanshawe and Lucy Hutchinson. But although I thought I'd read Pepys' Diary, I don't remember that anecdote! I do, however, recall one where he unintentionally burst in upon a lady of his acquaintance who was seated upon a pot!

Hi Ann, Hi Marjorie.
There is such a lot in Pepys. My favourite anecdote from Pepys is where he tries to fondle a young girl in church (in church for heaven's sake!) and she duly stabs him with a pin. Good for her. Hope she stabbed him where it hurts!But then he writes it all down in his diary - got to love him!