When is Spring? In Celebration of Imbolc - Celia Rees

Today, I went out walking and marked the year's turning from darkness to light, from dormancy to life.


We are not so far removed from our ancestors.  Until very recently we were all ruled by the eternal rhythms of sunset and sunrise.

Now, we have flooded the world with light. We love it so much that it is there 24 hours a day, you can even see it from Space. We are warned not to look at bright screens last thing at night because the brain simply won't know that it is time to sleep. Our love of light and dislike of darkness have changed the natural pattern of our lives, but still we feel it on our pulses, the turning of the year.

We still keep to the ancient calendar that is ruled by the sun. The winter solstice might have been christened Christmas but we are really celebrating the point when the sun begins its slow return. It's an act of faith more than anything. The mornings are still dark, night still comes early. The trees are bare and nothing is growing. Many of us feel 'down' at this time of year, depressed. The third Monday in January, has been designated Blue Monday, the most depressing day of the year.  Electric lights are not enough, screens are not enough. We need the sun. 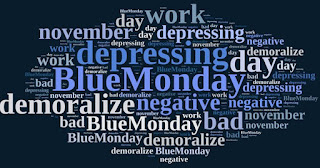 Then there is a day, often in late January or early February,  when the morning is lighter,  evening  comes later, the sun is brighter, stronger, there's a change in the air.  That's why I think we should re-instate the ancient Celtic Festival of Imbolc. It was traditionally celebrated on 1st of February, but the day was not exact, it could come a fortnight on either side of that date, depending on seasonal variations, the onset of lambing, the blooming of the blackthorn. It was adopted by the Christian church as St Brigid's Day, Brigid herself a christianised version of the Celtic goddess, Brigid. It is immediately followed by Candlemas on 2nd of February, a Christian festival associated with the Virgin Mary. Clues there as to its importance in the Pagan Wheel of the Year and its strong association with the Goddess. 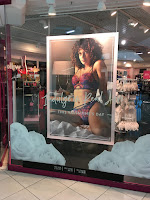 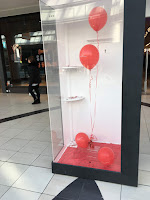 Imbolc and Candlemas have slipped from our calendar and our consciousness. The nearest date of note is Valentine's Day with its rampant commercialism, tawdry cards and heart shaped balloons. A time, supposedly, for lovers, but how many of us are? The traditional anonymity of the exchange of cards and tokens disappeared a long time ago and  for those of us who are not in a relationship for any number of reasons,Valentine's Day can eclipse Blue Monday as the most depressing day of the year.

How much better to celebrate the coming of Spring. Not when it has already arrived on 21st March and the daffodils are everywhere, but when we can sense its approach in the lighter mornings and evenings and the drifts of snowdrops carpeting the bare ground.

Praise to Bridget! -- I'm all for celebrating Imbolc, Snowdrops and narcissus are out in my garden and the birds are obviously gearing up for nesting. - Let each History Girl take her glass of ale, lift it up and call 'wassail!'
Oh, all right then, glass of gin if you must.

Beautiful post, but Alas! I have my glass; and wassail hidden away for a particularly wassailing day; (the pre-prepared, convenient and resealable modern version); but I also look out not at budding flowers and singing birds and lambing lambs, but snow-covered fields and ice-encrusted roofs.

good to know there are those of like mind out there! Wassail!