Today I am shamelessly promoting and thieving. Thieving to promote. I have discovered this lovely page, Brown Girls' Collective, which is full of History Girls from the Black/Brown/African-American/ Caribbean (and a bit of British) strands.

One of its great joys is the habit of inviting people to send in pictures of their beautiful brown daughters, so in that sense it's pure pleasure. And there are plenty of people saluted who we know about.  But the meat of it is tales of women of yore, and there are some corkers.


Here, for example, are Lt. Harriet Ida Pickens and Ens. Frances Wills, the first African-American Waves to be commissioned. from December 21, 1944. 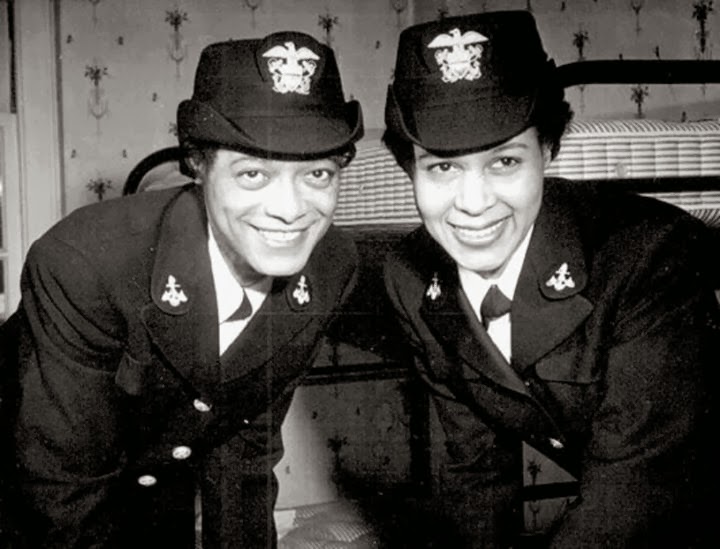 Then there's the story of Rebecca Cox Jackson, born in 1795, near Philadelphia. Her father, who is unknown, died; her mother, Jane, was unable to care for her and died when Rebecca was 13.  She was a seamstress, and after God cured her of a terror of thunderstorms she became a preacher, much to her husband and brother's disinclination. Seeking alternatives the male-dominated churches around her, she visited a Shaker community near Albany, New York, in 1843, where, she recalled, "the power of God came upon me like the waves of the sea". She appreciated their pioneering stand on racial equality; they recognised her as a visionary. She joined the Shaker community and became a Shaker eldress in April 1859, and went on to establish a community of black Shakers in Philadelphia that survived for 40 years after her death in 1871.
'In addition to her 40 years of preaching, Jackson's most noteworthy contribution to the world was her spiritual autobiography, "Gifts of Power: The Writings of Rebecca Jackson, Black Visionary, Shaker Eldress," an amazingly detailed and compelling account for a woman with no education.' It was not published until 1981. 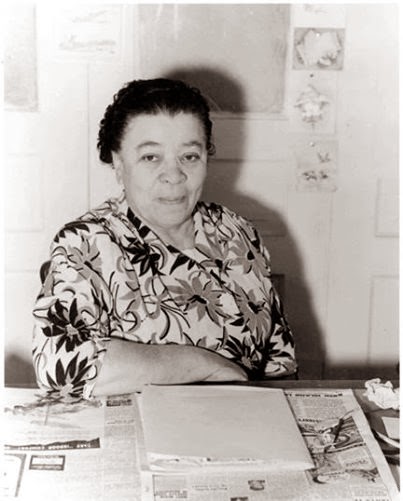 Here is 'attorney, educator and activist' Ada Lois Sipuel Fisher 1924-1995: the first African American woman to attend an all white law school in the South. By this time she was married and pregnant with the first of her two children. The law school gave her a chair marked "colored," and roped it off from the rest of the class. Her classmates and teachers welcomed her, shared their notes and studied with her, helping her to catch up on the materials she had missed. Sipuel had to eat in a separate chained-off guarded area of the law school cafeteria. She recalled that years later some white students would crawl under the chain and eat with her when the guards were not around. Her lawsuit and tuition were supported by hundreds of small donations, and she believed she owed it to those donors to make it.' 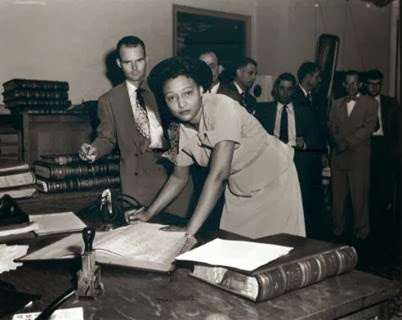 Here's 'musician and educator Ella Sheppard Moore, one of the original Fisk (University) Jubilee Singers', born in Nashville in 1851'. When she was a little girl her father was permitted to buy her for 350 dollars. 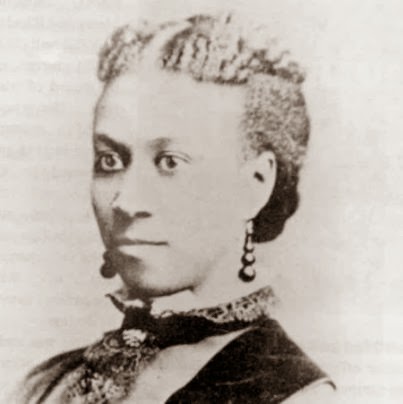 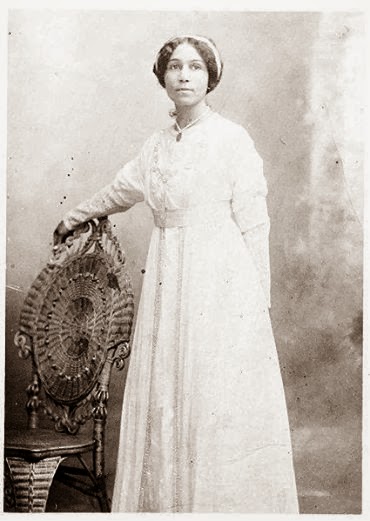 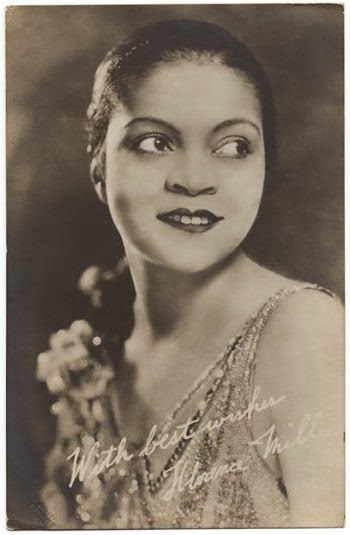 And Angela Davis with Toni Morrison! 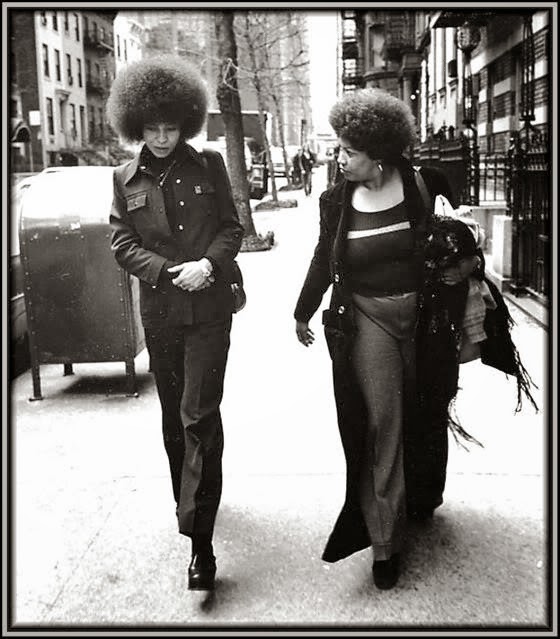 There are so many stories and so many women on this page. Doctors and dancers, sculptors and teachers, lawyers and campaigners and athletes and writers and musicians and actresses and four tiny Rwandan ballerinas and an Olympic fencer and Nina Simone and Alek Wek and Coretta King and Josephine Baker and a gun-toting postwoman from the wild wild west . . .  I'm not going to nick any more stories, because I want you to go there and read them, read and learn. It's a treasure trove. Every congratulation to the people who put it together.

Thank you so much, what a wonderful resource to know about - this is one of the joys of the HGs, and the Brown Girls Collective, sharing our shared history.

Wonderful! So glad to read that the white students crawled under the ropes to eat lunch with Ada Fisher 'when the guards weren't around.' But I wish, instead, they'd taken the ropes down and ignored the guards. They must have thought about it. Would they have been arrested?

This is Marcie L. Thomas, Founder and Creator of Brown Girl Collective! Thanks so much for sharing the page with your audience. It is indeed an honor!