‘... nor any drop to drink.’ Coleridge wrote in the The Rime of the Ancient Mariner. 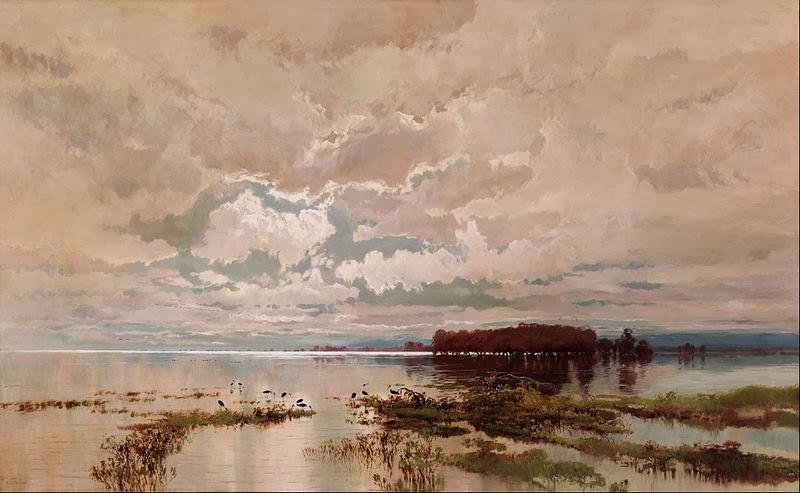 Those of us living in the south west of England have been somewhat preoccupied with the over-abundance of water in the last few weeks. One of the effects of the constant rain, has been that springs and wells which haven’t run for years have suddenly started flowing again. Having just learnt there used to be a holy spring in my garden, though no one can remember quite where, I have taken to anxiously pressing my ear to the ground to listen for the sound of rushing water, just in case this holy spring turns out to be under the house! 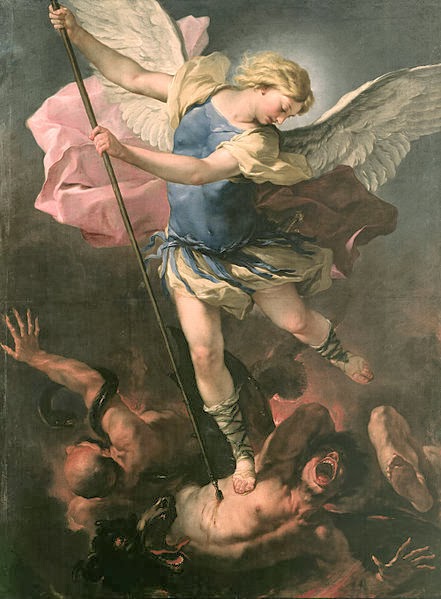 Long before the Christian era, natural springs where water mysteriously gushed straight out of rock or the earth were sacred places, conduits to the world of the dead. These springs were where the gods of the air met the gods of the underworld. With the coming of Christianity, medieval churches built near these sites or over caverns were often dedicated to St. Michael the archangel, the Christian replacement for the gods of the ‘elder faith’, because he is winged and so can command the air, but was also thought to hold the keys to hell or hades, therefore substituted for the god of the underworld.

During the medieval period many ancient sacred springs themselves became associated with saints. Legend often had it that they gushed out when saints such as St Edith had, like Moses struck a rock, to provide water for her workmen. A number of holy wells are said to have sprung up on spot where a saint’s head had been struck from their body, such as St Justinian, presumably because the gush of water resembled the arch of blood which would pour from a severed neck.

More unusually, the feisty St Medana was so fed up with the attentions of a persistent suitor that she flung her own eyeballs at him to make him go away. She then brought forth a holy spring from the rock, so she could restore her sight. (Brings a whole new meaning to giving someone a dirty look.) 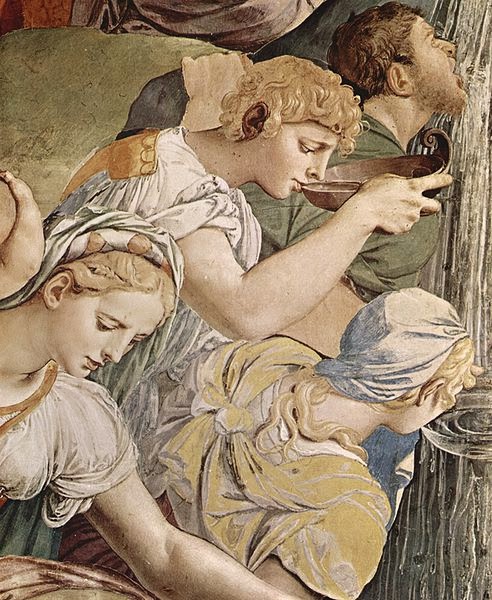 People came to these holy wells, they had in pre-Christian times, with a bent pin, a coin or flowers to offer to the saint, instead of the water deity, in the hope of a cure. That generated a lively trade in the selling of ampulla in which to carry water home to keep in the house or wear as an amulet to protect against sickness or the perils of childbirth.

Incidentally, superstition has it that if you are obliged to walk around a holy well or spring to pass it, you must always walk around it deiseil that is in a clockwise direction, with the sun. To turn to the left, and walk widdershins around the water will strengthen the powers of darkness, bring bad luck and even rouse some malicious spirit or monster from deep within the well or spring.

The sudden drying-up of certain holy springs or wells such as St Helen’s Well in Staffordshire is said predict a national disaster. If the spring in Langley Park dries up, it foretells a battle, but if it fills up there will be peace. This was said to be true whatever the weather. While the Drumming Well at Oudle warns of a calamity when a thumping is heard down the shaft. The predictions of some springs such as Dudley Spring in Warwickshire or Barton Mere at Bury St Edmunds are more easily explained, These are known as Cornsprings or Levants which Gilbert White in his Natural History of Selbourne said would fill or flood if the price of corn was going to rise. I think we can take it then, bread prices are going to rise this year!

I wonder if it was a co-incidence that in the 16th Century, as soon as the collecting of ‘holy water’ from saints' wells was deemed heretical under the Reformation, people began to discover the ‘health’ properties of water such as Malvern water, and started bottling it to sell to all parts of England? Perhaps we still need to believe in the powers of healing water. Certainly watching people today determinedly clutching their bottles of water as they walk around towns, reminds me of those medieval pilgrims clinging to their ampulla of holy water. 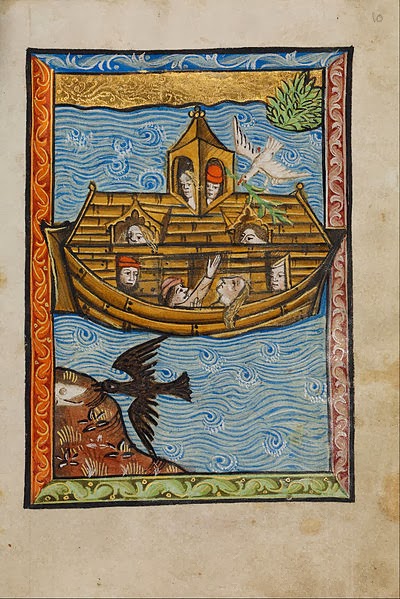 One last thought - I was listening to politicians and Environment Agencies this week explain that it makes good economic sense to allow houses and farmland in some areas to flood. And it reminded me of an ancient statute I came across while researching medieval fenlands. It said that if you wilfully, or through neglect, caused a neighbour’s property to flood by failing to maintain ditches, water courses or flood defences, you could be buried up to your neck in the dyke and left there to drown in the flood water. Your body would then form part of the flood defences to protect your neighbour. I wonder if that statute is still on the books, if it was revived, it might concentrate the minds of our planners and ministers wonderfully.

But remember in 1348, the year the Black Death, came to Britain it rained every day from Midsummer's Day to Christmas Day - I think someone must have walked round quite a few springs widdershins that year.

Lovely piece...and I too wonder if ancient law might ever move current law meisters to more 'considerate' action.

Fascinating. The final line is rather scary. Especially as I read recently in The Times that the floods are followed by rats invading any dry spaces they can find.

Loved the pictures, especially the first one - who painted them?

A highly appropriate post, Karen. If only some ministries, planners and home-builders had had the sense to consider the history of the land and its waters.

That's a thought-provoking bit of legislation...

Very timely post! All those developers who got rich building housing estates on flood plains should go in the dyke for a start...

I hope that spring in your garden does not cause you any trouble - down here, we are just wondering when the sea will decide to eat some more rail tracks?

We have a holy well near us, but as it is on the roadside, any time I pass it going up the hill, I have to go widdershins. I hope St Anne will be merciful.