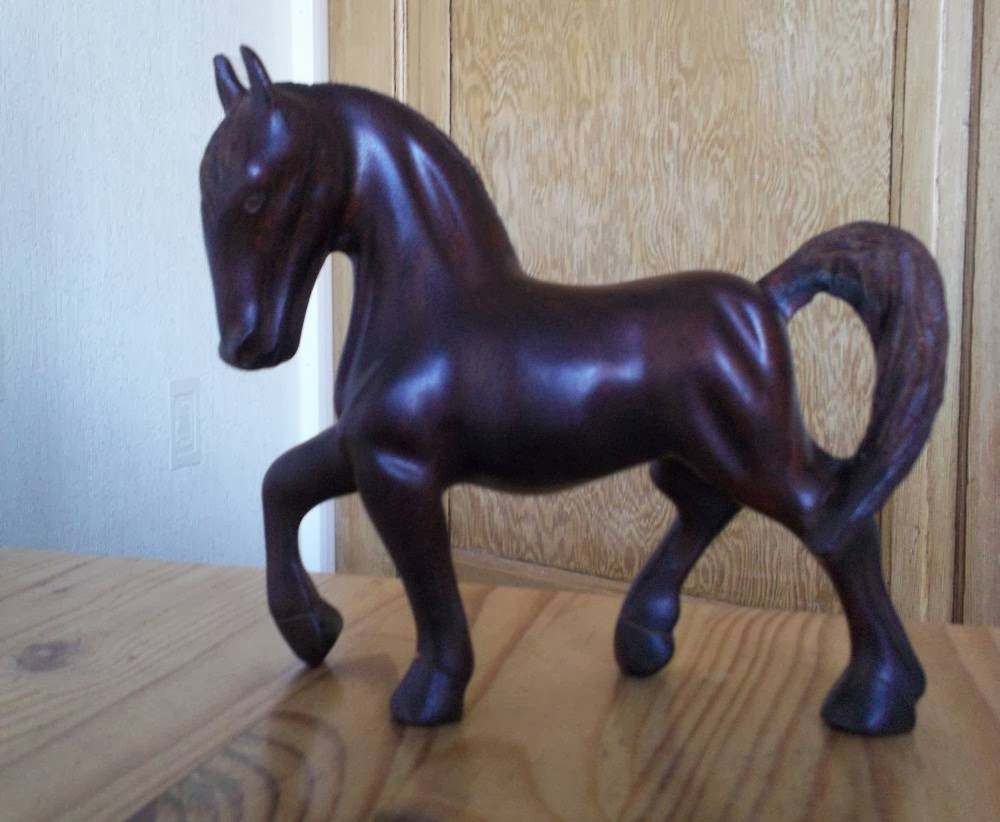 No, not the one stuffed full of Greeks that destroyed the ancient city of Troy, although war is meant to be one of the wood horse's characteristics! This is the Chinese Year of the Wood (or Green) Horse, which began earlier this week and heralds a year of similar nature to that of 60 years ago, when the element of wood last coincided with the animal sign of the horse. (1954, if my calculations are correct... anyone remember that one?)

The Chinese zodiac dates back to the Han dynasty of 206-220BC and works on a 12-year cycle, rather than the 12-month cycle associated with our western zodiac. Each year is named after an animal:

In addition, the Chinese believe that the universe is made up of five elements – earth, water, fire, wood, metal – which interact with the 12 animals to influence the year ahead.


As a horse lover, I've got a natural fondness for horse years, although it seems I was not born in one - I am a tiger (a water tiger to be accurate), but that's ok since tigers can apparently get on well with horses... which is maybe just as well, since I enjoy riding them! You are a probably a horse if you were born in 1918, 1930, 1942, 1954, 1966, 1978, 1990, or 2002 although if your birthday falls in January or early February you might be a snake instead. Famous historical figures born in the Year of the Horse include (rather appropriately) the Mongol leader Genghis Khan, the artist Rembrandt, French scientist Louis Pasteur, and US president Franklin Roosevelt.

If you want to check which Chinese zodiac sign you were born under and discover your horoscope for 2014, try this site.

According to the Chinese, this is a year to be bold. There is a lot of fire involved, and may be battles, since the wood aspect means people will stick to their guns this year and not be prepared to negotiate. I imagine it as a rather stubborn horse, digging in his toes when forced to carry a rider where he does not want to go, but galloping keenly in his chosen direction. I have decided it will be a good year to get my Genghis Khan novel out of its drawer and into the world, since my fascination with the Chinese zodiac began while I was doing the research for that book a few years ago... and, of course, it has horses in it!

In the meantime, some other YA books you might like to explore in this Year of the Wood Horse are:

I Rode a Horse of Milk White Jade by Diane Wilson - an award-winning young adult title set in the time of Kubla Khan, a delightful story for readers young and old.

The Fire Horse Girl by Kay Honeyman - which I haven't read yet, but the title caught my eye.

I am the Great Horse - the story of Alexander the Great told (with a little help from me) by his warhorse Bucephalas, who left some of his hoof prints across territories later crossed by Genghis Khan.

Troy by Adele Geras - not Chinese, but it contains the famous wooden horse of Greek myth.


Please feel free to add your own recommendations in the comments, and maybe we'll build a History Girls list of titles for this Year of the Horse!

Katherine Roberts writes historical fantasy/legend for young readers. Her latest series is the Pendragon Legacy quartet about King Arthur's daughter, available from Templar Books in hardcover, paperback or ebook, which comes complete with magical mist horses from the enchanted land of Avalon. Look out for the free e-prequel - "Horse of Mist" - coming soon!

More details at www.katherineroberts.co.uk
Posted by Katherine Roberts at 01:00

Email ThisBlogThis!Share to TwitterShare to FacebookShare to Pinterest
Labels: China, Genghis Khan, horses, I am the Great Horse, Katherine Roberts, Mongolia, Year of the Horse

One of my Roman Mysteries is all about horse-racing in the Circus Maximus. The four factions - green, white, red and blue - represent the four humours (and elements) according to Roman thought!

P.S. It's The Charioteer from Delphi!

I'm a chicken! I do like hens but apart from that don't think it's appropriate. I much prefer my western Zodiac sign of the Ram.

Sounds great, Caroline. Another one to check out. (Funnily enough, one of my Seven Wonders books was about chariot racing too - in the Hippodrome at Alexandria in Queen Cleopatra's time, when they buried curses in the track... which allowed me to bring in a demon or two as well!)

Mary, maybe you can be a hen if you see your books as eggs... golden ones of course. Or maybe you're like the brave chicken in Chicken Run who is determined to save all the others?

Any HGs born in the Year of the
Horse?