The First Georgians by Imogen Robertson

Britain is going 18th century crazy. I know that because I read it in The Times.

We have good reason to take this chance to pay a bit more attention to this crucial and often over-looked period of British history. 2014 marks the 300th anniversary of the Hanoverian Succession when the British Crown, after doing a surprising number of back-flips through the family tree and landing on the lap of Sophia, Electress of Hanover, slid thence onto the head of her eldest son Georg Ludwig, who became George I on the death of Queen Anne.

Just to confirm how important this is, Lucy Worsely is presenting a series on BBC4 about the Georgians starting on 1 May, the Historic Royal Palaces are having a Glorious Georges Season; the V&A are focussing on the leading architect of the period, William Kent and the music of Handel is going to be everywhere.

If you want to be part of the cognoscenti, then I heartily recommend a visit to The First Georgians: Art & Monarchy 1714-1760 at the Queen’s Gallery, Buckingham Palace. I also recommend a certain series of brilliant mysteries set towards the end of the century, but that probably doesn’t come as a great shock. Theft of Life is out 22 May, by the way.

Writing for this blog brings many pleasures, and this time it was the chance to have breakfast at Buckingham Palace and get a preview of the exhibition in the company of its curators, including Desmond Philip Shawe-Taylor, Surveyor of the Queen’s Pictures. He's a brilliant communicator, and they do a mean bacon croissant, the Royals. I had a lovely time. All the items here are from the Royal Collection, and many of the pictures, pieces of furniture and even the silver gilt tableware are in regular use in the Working Palaces.

‘We have to replace whatever we take, of course,’ one of the curators told me. ‘We can’t just leave a gap.’ It gave me a pleasurable image of members of the Royal Family being in a constant state of mild confusion, putting down a glass on the coffee table and thinking, hang on, didn’t that used to be white marble, or wandering down to breakfast and finding one of the portraits has changed clothes and is now looking in the opposite direction. Then again, that’s probably not the oddest thing about being an HRH.

It’s a great little exhibition, complete with a education room done out as a Coffee House where you can eavesdrop, via tricorn hats with built-in headphones, to the gossips in St James’s Park, and thumb through copies of the Gentleman’s Magazine. It opens with a room of portraits to explain the succession from Anne to George I, and by clever use of a pair of images in the corridor into the first large exhibition space, shows the violent tensions underlying it. On one wall is an engraving of Britannia and Liberty crowning George I, and stamping down Catholicism in the process, and on the other a very elegant oil of the other Royal Family in exile, James II and a young Old Pretender - if you see what I mean.

The exhibition also gives us the chance to see some of the paper treasures of the Royal Collection and the juxtaposition of a display of plans of Royal Palaces with a collection of battle maps, including that of Culloden remind us of those tensions.

In the rooms that follow, visitors get to see some of the decorative works and paintings the first Georges collected or had made for them. The Old Masters include a superb Holbein, and a there is a ridiculous rock crystal and enamel dust-magnet cabinet which plays various Handel tunes, and turns out to be a clock.

There are side rooms with displays of miniatures and cameos, botanical works, and cases of fancy wear - snuff boxes, porcelain etc, all of which suggest the wit, sensuality and confidence of the Georgian artists. The pair of Canelettos showing a panoramic view of the Thames from Somerset House is worth the price of admission alone, and in the final room there is a silver gilt dinner service that I think would look excellent in my flat. Particularly the golden crab salts.  Just in case Queen Elizabeth is wondering what to get me for Christmas.

It’s important to remember the shadows behind all this delicious flim-flam. So much of the wealth that poured into Britain, funding a flowering of the arts and sciences, was the result of colonialism at its worst and the turning of slavery into a profitable industry. The rich and poor lived side by side, but in completely different worlds. I’m glad to say that while celebrating the Georgians, the exhibition doesn’t ignore those contradictions. Hogarth gets a room of his own and he was an exemplar of these paradoxes which make the period so fascinating. He painted his confident, charming portraits of his contemporaries - the example here being the portrait of David Garrick and his wife - at the same time as he was chronicling the horrors of urban poverty and the hypocrisies of the elite - the greed and ruthless use of force which now fills our galleries and museums with such civilised treasures.

The exhibition runs until 12th October 2014, but for those who can’t visit in person it’s worth pointing out the superb website. You can see high quality images of all the items in the exhibition, watch videos introducing the period, and listen to Robert Woolley playing Handel on the harpsichord made for Frederick, Prince of Wales.

All the images above are from the site, and clicking on them will take you to the Royal Collection's information page on each. For those in town, there are various events, including lots of music, linked to the exhibition. 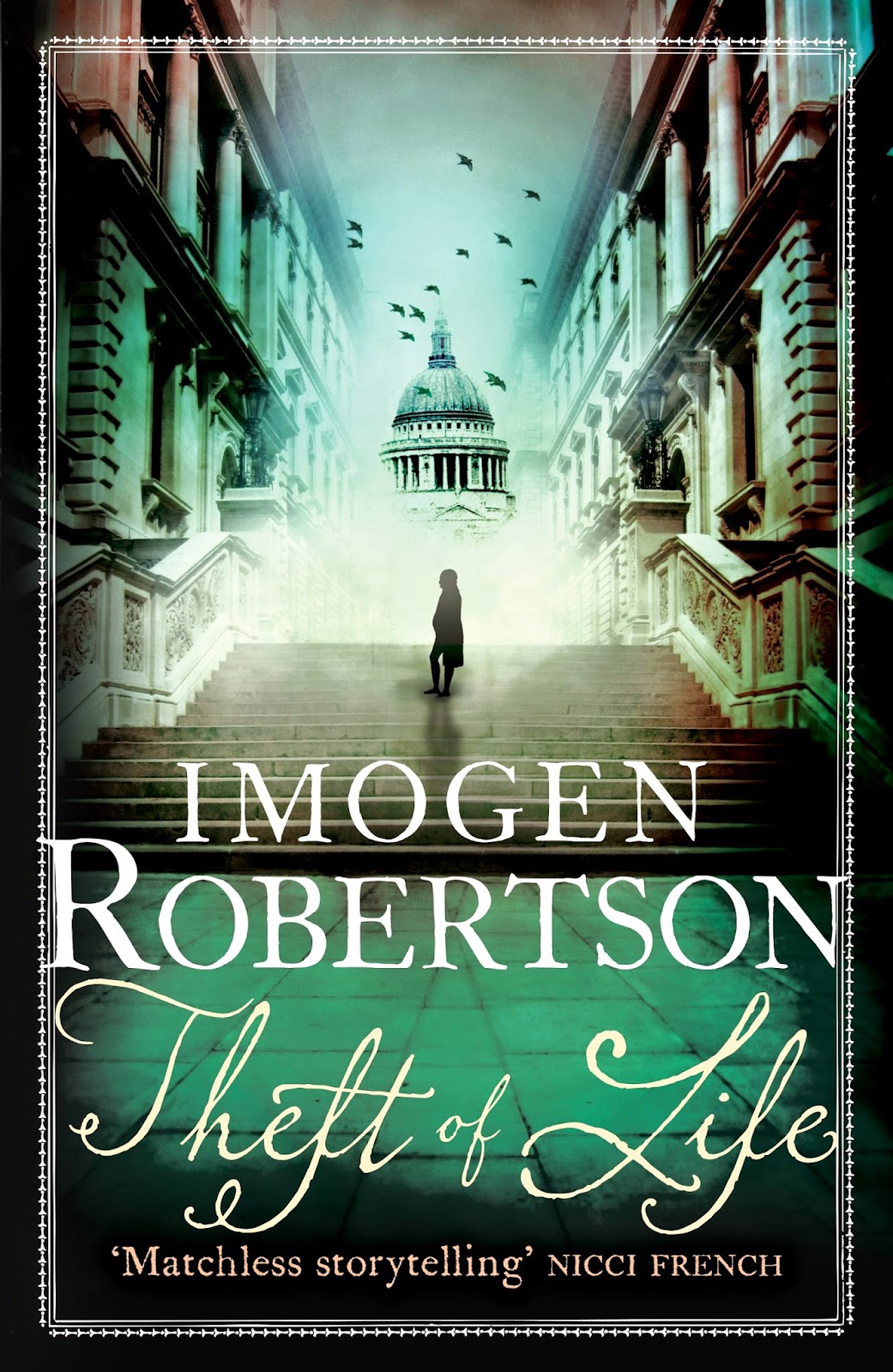 Sounds like a wonderful exhibition! Pity I can't just hop on a pane and come to see it.

I'd hop a pane if it would get me there. I'm interested in all of it, especially the bacon croissants, which shows I haven't yet had my dinner.

I would also pane-hop gladly - whose idea was it to put London so far away?

H'mm, isn't one of the shadows the fact that the Royals have so much wealth and treasures to themselves and only occasionally graciously allow the public to get a peep at them? I wonder where the money came from to buy them in the first place? Probably from our forebears' taxes... I do think the exhibition sounds interesting, but...
Thanks for the blog, anyway, Imogen!

I do love the idea of baffled Royals wandering abound and trying to work out whether a bit of bling has gone, or whether they are just getting confused.. Although like Leslie, I can't help feeling it is ashame that more of the stuff they have is not available to the public more of the time.

I do love the idea of baffled Royals wandering abound and trying to work out whether a bit of bling has gone, or whether they are just getting confused.. Although like Leslie, I can't help feeling it is ashame that more of the stuff they have is not available to the public more of the time.