Josa Young's 'Sail Upon the Land' by Kate Lord Brown 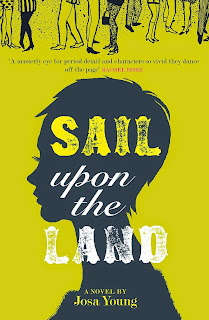 And, in the spiced Indian air, by night,
Full often hath she gossip'd by my side,
And sat with me on Neptune's yellow sands,
Marking the embarked traders on the flood,
When we have laugh'd to see the sails conceive
And grow big-bellied with the wanton wind;
Which she, with pretty and with swimming gait
Following,--her womb then rich with my young squire,--
Would imitate, and sail upon the land,
To fetch me trifles, and return again,
As from a voyage, rich with merchandise.


"The mysterious death of a young mother damages the precious, protective bonds of family love" is the tagline for Josa Young's new novel, an ambitious multigenerational, multicultural exploration of the lives of four women in the twentieth and early twenty-first century. Young has said: "For me, writing fiction is instinctive, a rag bag plucked from life lived and books read, of memories, ideas, impressions and thoughts about love, relationships, parenting, society, class and history, goodness and the opposite". This gives some hint of the richness of this novel, and the themes that Young tackles with an unflinching eye with all the clarity of cut crystal.

This is above all a story of maternal love - of Sarah, a nurse during WW2, her daughter Melissa, her granddaughter Damson, and her great-grandaughter Mellita (Leeta). It's not a frothy novel by any stretch, exploring tough topics - rape, abortion, birth defects, abandonment, through the lives of the women. Each reader will have their own favourite of the characters - for me the prologue bonds you so firmly with dear, decent Damson it was her story I was most curious to see unfold. 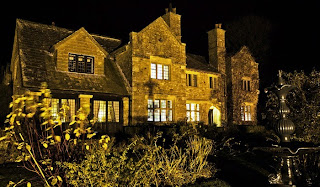 A House in Ooty, India

Young's previous novel 'One Apple Tasted' was also set in India and the UK. This new story begins in India, at the ravishing home of dastardly Ronny, with poor Damson's ordeal. The narrative then flows seamlessly backwards and forwards through the generations. The novel may deal with tough topics, but Young writes with a deft, conversational style which brings the challenges each woman faces vibrantly to life. She has a great ear for upper-middle class dialogue, which feels charmingly authentic: "'Darling, I think we shouldn't risk a pregnancy. Do you mind?' He dealt with the French letter". 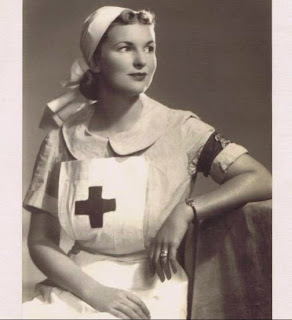 The relationships feel real, and the women are fully fledged individuals. For example, a wounded Sarah, stabbed by an SS officer says "Oh, it's nothing much, just a puncture ..." 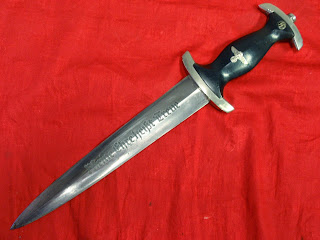 Very much of the 'kind of women who built the Empire' ilk, Sarah's stiff upper lip only wobbles in the darkest moment any woman could face. Sarah kept the dagger she was stabbed with as a wartime trophy, and it reappears later in the book during this moment of unimaginable grief. Details such as this are extremely good in this novel, weaving between the times and linking the characters and events.

From the 1930s, with Sarah and Arthur's wartime love affair, to Melissa's battle with depression in the 60s, Damson's struggles in the 80s and on to Leeta's story, Young develops characters you can't help caring about. It's fascinating seeing the women grow through the life stages which face us all, and particularly learning how each deals with childbirth and motherhood. 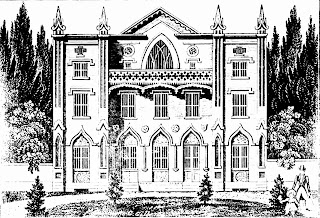 Young said "Ideally, good writing should eliminate friction in the reader's mind", and this is the great strength of 'Sail' to me - it weaves the family history of Sarah, Melissa, Damson and Leeta together, seamlessly creating a rich tapestry from their lives. There have been comparisons to women writers of the C20 - Macaulay, Kennedy, Wesley, Howard, Pilcher. If you enjoy such multigenerational family stories set in the upper middle classes, this is one for you.

About the author: Josa Young was born on a chicken farm in Kent, England, the fourth of five children. With poet John Donne, pioneer photographer Julia Margaret Cameron, writer Virginia Woolf, and Archie Cameron, the last Jacobite, to be hung, drawn and quartered at Tyburn, in her family tree, she always expected to do something interesting.

At Cambridge University she studied English Literature, wrote abysmal, derivative short stories, went to lots of parties and danced on the Edinburgh stage in red camiknickers.

In her last year she was a finalist in the Vogue Talent Contest and worked for Vogue magazine after graduating. She has been a features writer and commissioning editor for Vogue, Country Living, Elle Decoration and The Times.

Sail Upon the Land is currently a bargain 99p http://www.amazon.co.uk/Sail-Upon-Land-Josa-Young-ebook/dp/B00OVJIUOY
Posted by Kate Lord Brown at 00:30

Off to order this forthwith - thanks, Kate.

You sold it to me, Kate. I have just bought it. Cx

Keeping an eye out for this one.

Sounds like the perfect summer holiday read. All I need now is somewhere wonderfully hot and sunny to read it.

It is a lovely book - and she's my sister in law! - which must make her some kind of relative of the history-girls.

Being a relation of the History Girls is an ambition of mine. Love this blog.