Luckily, I found this - Apples, Pears and Paint - on youtube here - so I was able to watch again, recommend it to you, and write about it here.

I've seen still life paintings before - everybody has - but I just hadn't paid attention to them.  While watching the programme, I learned that still lifes (somehow "still lives" doesn't seem right) are most frequently lit from the left.  That elements of the pictures often overlap the edge of the table, as if just about to topple.  I learned that the vanitas element was there in the bugs and the blemishes, not just in the skulls.  I learned that musical instruments in a still life were there because they, too, were emblems of mortality and transience - before the invention of recording, a sound only lasted as long as a bow or a breath and then it died. The story behind the 17th century Dutch still life industry was fascinating.

And then, the programme turned to the paintings of Juan Sanchez Cotan, of whom I had never heard, and I was blown away. 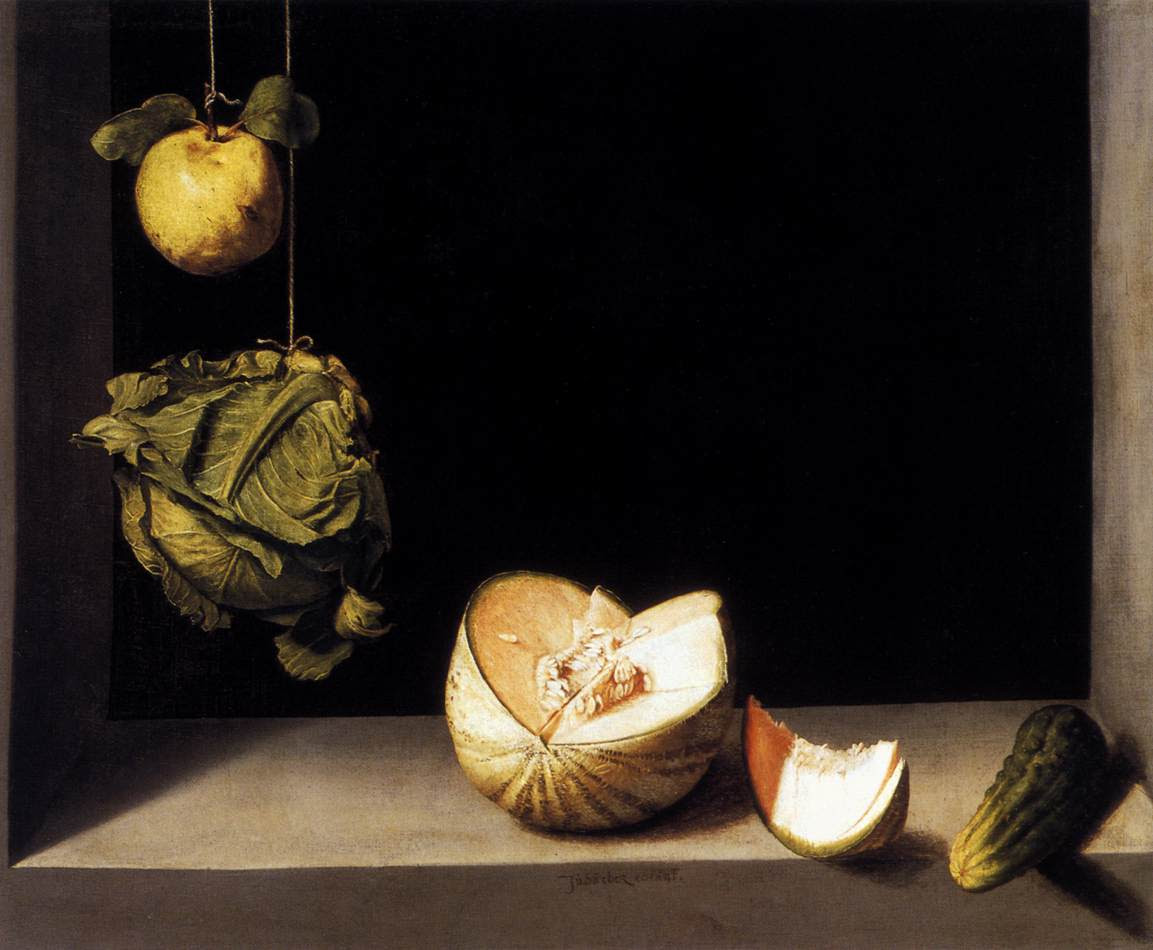 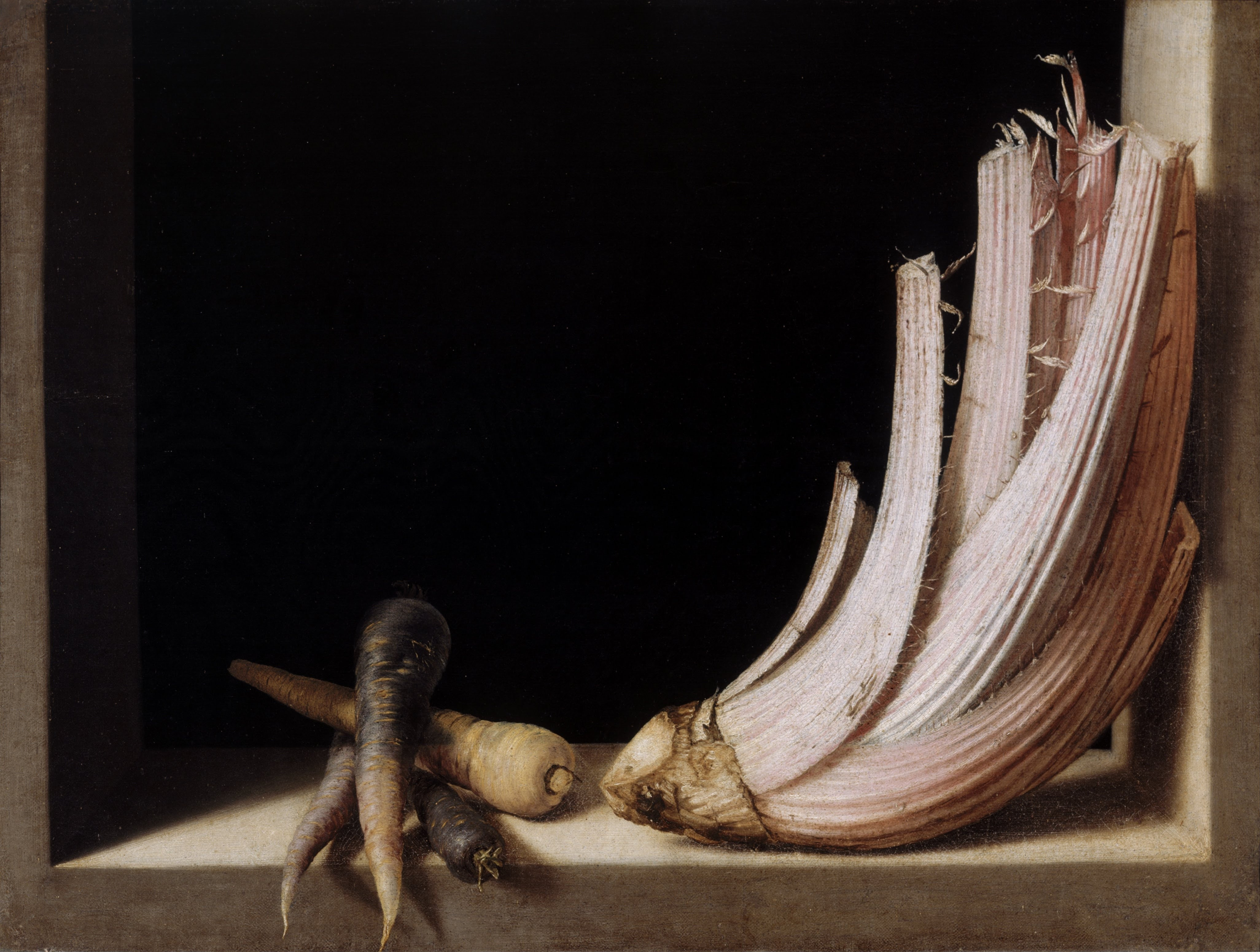 Still Life with Thistle and Carrots (about the same time)


So stark.  So incredibly modern.  That bare stone frame and the blank black background and the harsh lighting (from the left).  It wasn't uncommon to suspend fruit and veg from strings to keep them from rotting at the points where they touched each other, but that swoop from top left to bottom right has nothing to do with storage techniques and everything to do with the way the eye moves.  Or top right to bottom left and back again, from blackened carrots to alien thistle.

I have a whole new favourite artist in my life - and a new genre - and that would have plenty, but then the programme gave me one last fillip.  It introduced me to Ori Gersht.  Here is his response to Cotan ...


Two other Gersht works I really like can be seen here, and here - see what you think.

And thank you, BBC4.

Fabulous, old and new. This weekend I visited Hatfield House and saw, among others, Elizabeth I's Rainbow portrait - what an extraordinary painting, full of symbolism, but also so surrealist, as though Dali or Magritte had been at court. I love your Gersht works - thank you for introducing him to me.

Loved this Joan! Thank you x

Lit from the left! You learn something new every day from the history girls! what a dismal little carrot - so full of feeling.
Today is a day of enlightenment. I learned something new from a Japanese student of mine as well - Aposiopesis. I have been doing it for years in my novels and never knew what I was up to in terms of problematizing untimely suspensions of voice ...

"the voice-over narrator repeats what the expert has just finished saying, only less well." - this irritates me so much. That, and overuse of the historic present.

That looks like an excellent programme and I'll have to set aside some time to watch it.