WHATEVER HAPPENED TO ALUMINIUM KNICKERS? by Eleanor Updale 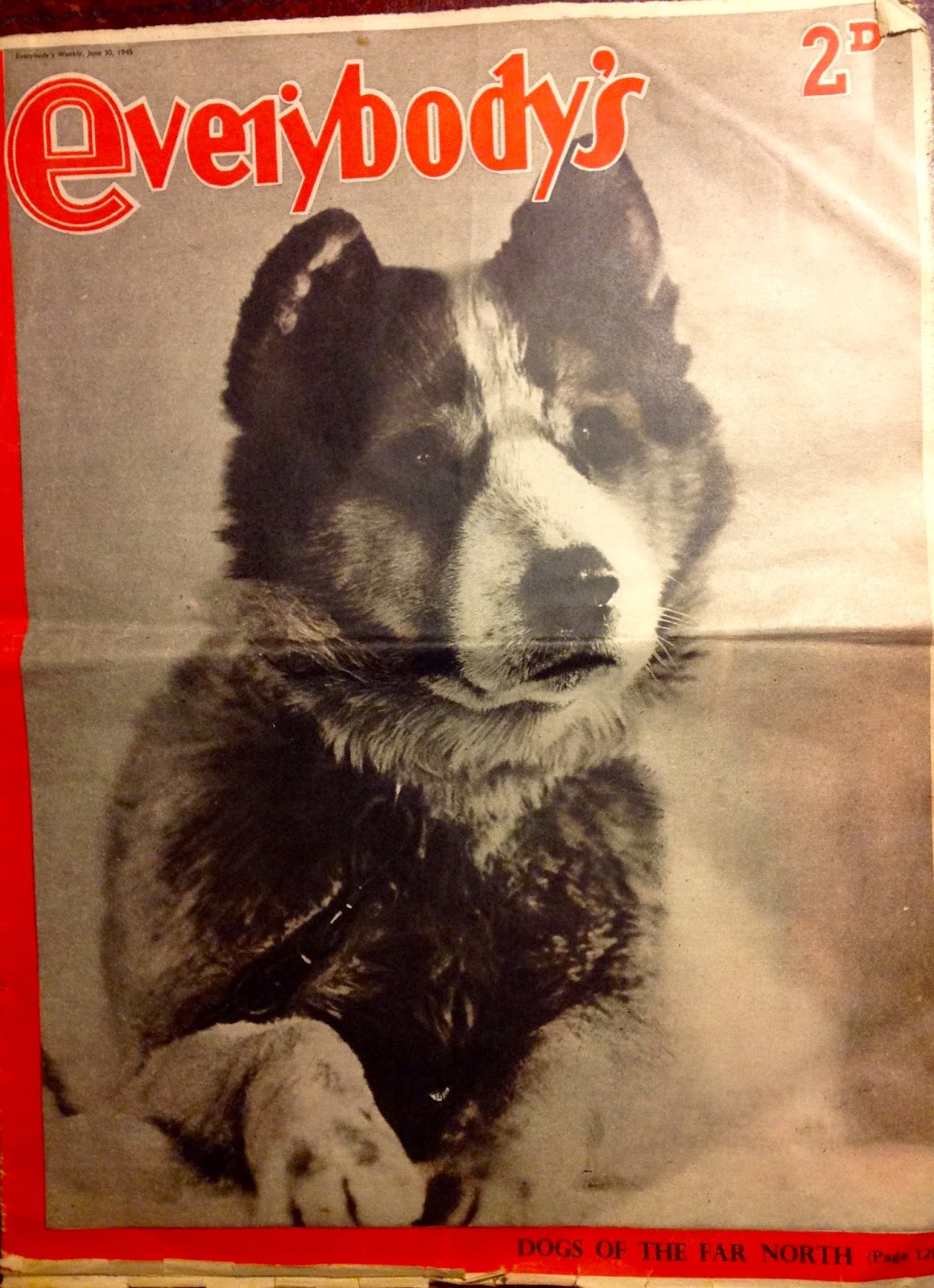 I love looking at old magazines. They let slip huge amounts of unintended information about how the world used to be, and how people thought we would be living in the future.
Recently, I got hold of a publication called Everybody's for June 1945.

Quite a lot of things surprised me. There are some signs of post-war austerity (it's in a newspaper 'broadsheet' format and the paper isn't great) but it is far more lavishly illustrated than I expected. It's also a pretty demanding read. The print is small, and the articles are long. Although its imagined reader seems to be an 'ordinary' man or woman, they are assumed to be sufficiently interested in the arts, politics and culture to read articles of several thousand words on each. By the time you have ploughed through the lot, you feel as if you have read a book. It seems that our parents were right: before TV, attention spans were longer, and general knowledge more extensive.

As I read my copy, I imagined it had once lain on the suburban sideboard of Celia Johnson and her husband in Brief Encounter.

So, what were they interested in, 70 years ago, in June 1945?
Just a month after VE Day, all eyes were on the future, with a post-coalition General Election looming; world-beating talent blossoming in the theatre and opera house (There's a review of the first night of Benjamin Britten's Peter Grimes, and of Laurence Olivier and Ralph Richardson at the Old Vic); and wonderful adverts (Mr and Mrs Futura on holiday in the Stratosphere). The overriding message is of hope.

I dare say I'll find material for more than one History Girls blog here. Today I want to tell you about post-war predictions for the wonder metal, aluminium 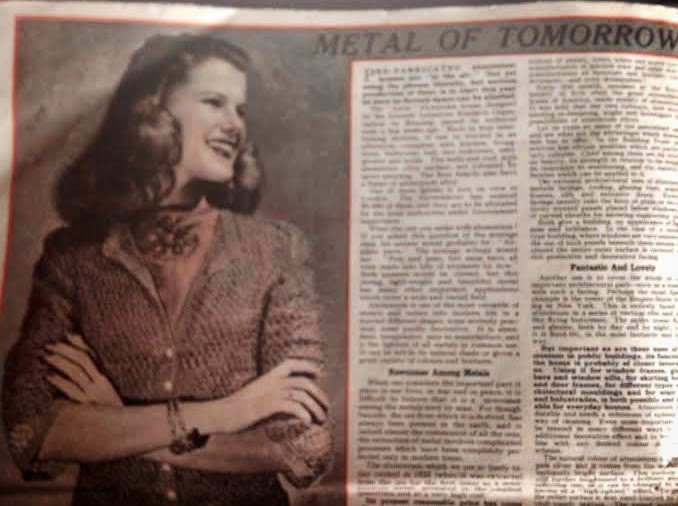 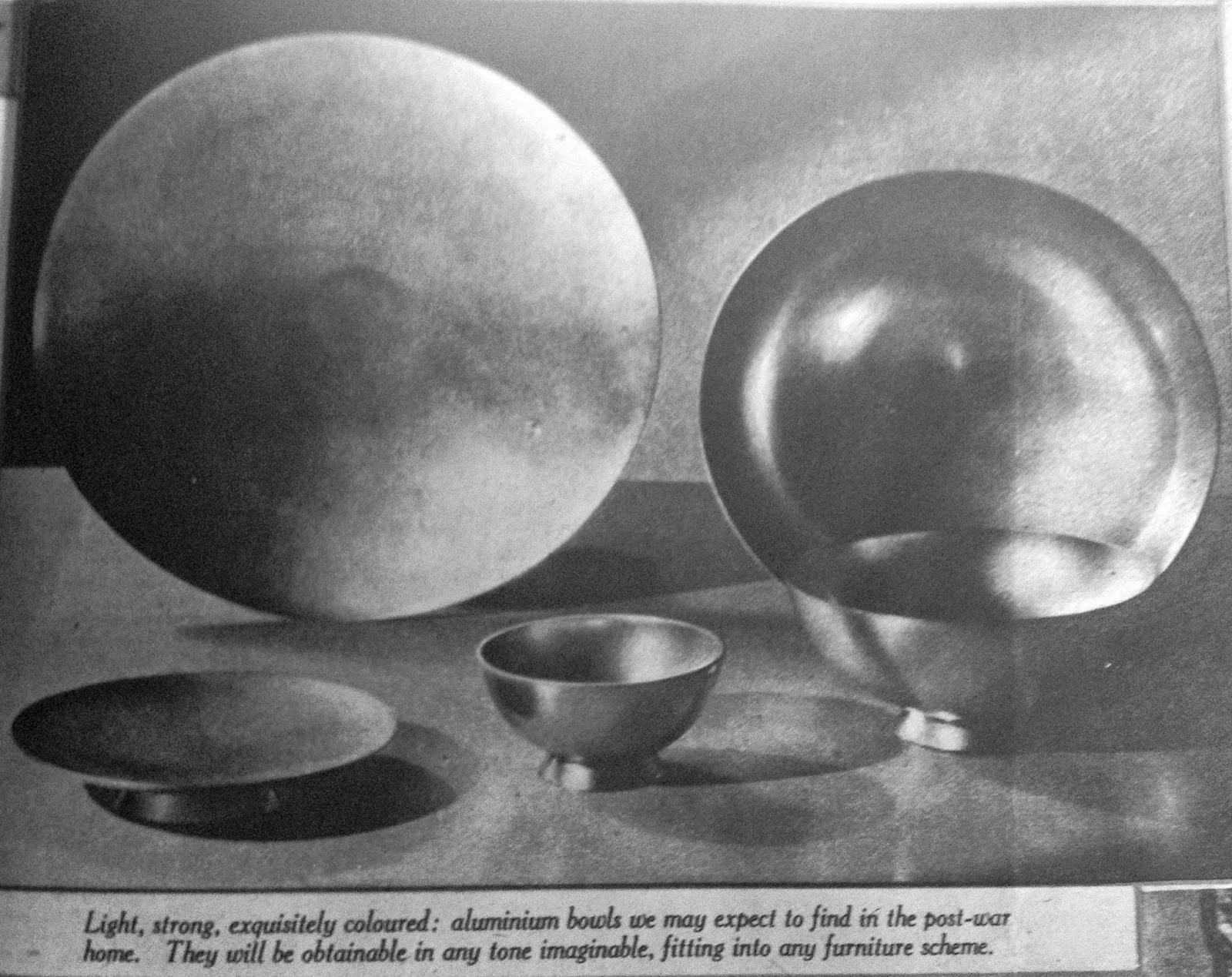 It's easy to scoff. But how could our mothers and grandmothers have guessed that the lightweight, easy-to-clean pots and pans they raved about would be a prime suspect for causing their dementia in years to come? In June 1945, with fewer aircraft to manufacture, their minds were on how aluminium could be turned to peacetime use.

One of the plans actually happened. As Everybody's went to press, the government had already ordered 60,000 pre-fabricated houses for people made homeless by the Blitz. Five years later, more than a million prefabs had been built. They were made of four interlocking pieces, complete with fitted cupboards, indoor plumbing and heating, and could be erected in a couple of days.

Prefabs were meant to be temporary, but I knew people who lived in - and loved - them, well into the 1960s, and as far as I know, later examples still stand in Catford, London, having been listed as being of historic importance - which, of course, they are.
Other aluminium buildings outlived expectations. At my inner-London primary school, when my class went up into 'The Juniors' in 1960, we were told that we would be the last children to be taught in 'The prefab'. When I was invited back, to talk about my books, in the early years of the 21st century, it was still there. Looking on Google Earth, I'm not 100% sure that it's gone even now.

Many of the predictions in the Everybody's article didn't come true. Or if they did, I haven't come across the products that were forecast. I don't know anyone with a light-weight, maintenance-free aluminium garden gate. I don't think I've sat at an aluminium table. I have never seen anybody wearing a metal cardigan like the one in the picture at the top of this article.
But, apparently, it is possible to extrude thin sheets of aluminium into such fine strands that they have all the softness and flexibility of wool or cotton with much greater durability. The fabric could be washed or dry-cleaned, and coloured to your liking. And it wouldn't wear out.
It's hard not to think of that wonderful Alec Guinness film The Man in the White Suit and to wonder whether the textile industry cheated us of our right to aluminium knickers. Maybe they turned out to be less gentle on the backside than expected. Or perhaps some of you are wearing them now, If you are, do let me know what I'm missing. 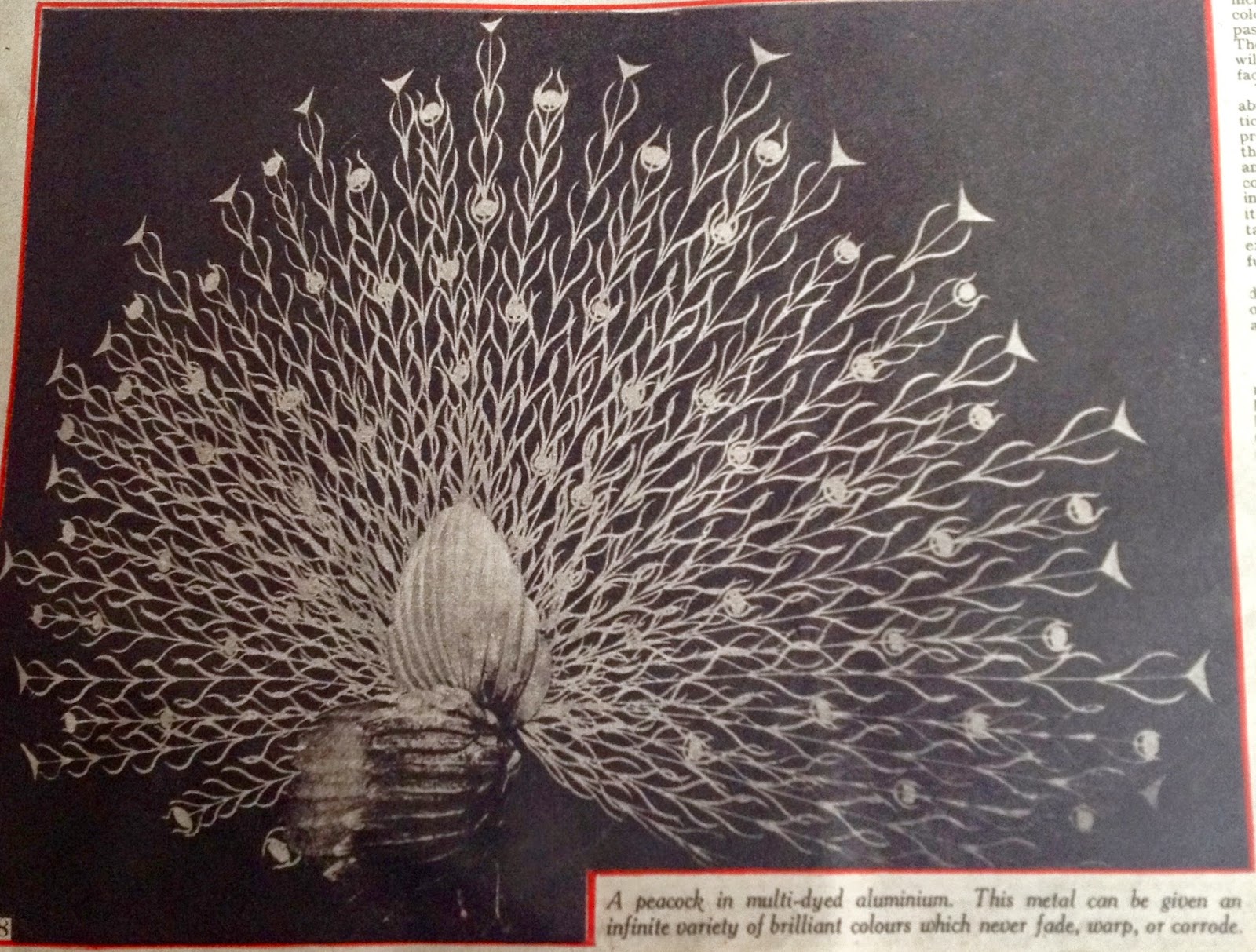 Fascinating stuff - thanks for this!

I remember prefabs - they were certainly there through the sixties. Skeavington's Lane, Cotmanhay... Didn't know they were made of aluminium, though!

Well, I have a cast aluminium garden table and chairs.. Alas, aluminium mining trashes the environment, which is why it is vital to recycle our foil and cans. But we do use an awful lot of it in modern society, though not the pans any longer. I gather the dementia link has now been discredited btw. Maybe it's just as well the knickers never took off.. Sorry for infelicitous phrase there. Pun was unintentional. It is fascinating to think of that, anyway.. Like modern chainmail?