When I began writing at the age of 15, I didn't have any research books on the Middle Ages, nor much of the wherewithal to buy them.  I do remember my mum asking me what I wanted for Christmas and instead of clothes or make-up or the latest Cat Stevens LP, I said that I would like Sir Steven Runcima's History of the Crusades volumes one and two please. I think she was slightly taken aback, but that was what I received, and it was one of the best presents I'd ever had!
I would trawl various libraries and borrow every book they had covering the 12th and 13th centuries. I haunted library sales and saved my Saturday job money to buy research books (I did spend some of my small income on shoes and going out, but plenty of it went into books to inform my writing).

Down the decades I have continued to add to my library on a regular basis and now that writing is my full-time job, I always set aside a portion of my royalties to enhance my reference collection. Sometimes I have to save up for bookshelves too, or improvise ways of turning furniture into book storage. These chaps might be a bit kitsch but I like them and they've turned the top of a cupboard into yet more room for books.

With the Internet being so well established now, there is a wealth indeed sometimes what seems like a surfeit of information out there on any given subject. One needs a very good inbuilt crap detector to separate the wheat from the chaff. Obscure books that were once the musty preserve of library archives are now available to read online. There are articles by historians and experts. One can ask their advice on Facebook or Twitter and follow their blogs and websites. This is all absolutely wonderful, but still not quite a substitute for having one's own eclectic library of reference books to touch and browse.  In my own collection there are retirees and old hands. There are sturdy and dependable everyday work horses. There are vibrant newcomers, special guests with necessary but short shelf lives, and glamorous coffee table types, perfect for snack browsing.

I buy my books both online and from high Street bookstores, museums, seminars, and conferences. I buy brand-new and second-hand.  My period being the mediaeval one, I am in thrall to Oxbow Books  and second-hand booksellers Bennet&Kerr  whose catalogues I have been mining for useful tomes.

Sometimes I know exactly which book I want. On other occasions it's a case of 'that might come in handy at some point. It's a good price, so I'll have it.' The problem is when I get lots of books at a good price, I find that suddenly I've spent all my royalties!   But still, buying books isn't a bad steppingstone on the road to impoverishment!

I thought I'd share some of last month's purchases here. 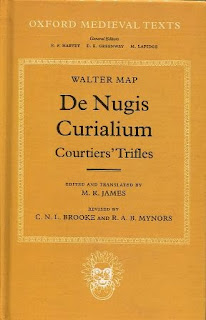 WHAT I'M READING AT THE MOMENT.
Fabulous to get this second hand; I've been after it for a while. It's Walter Map's De Nugis Curialium - or Courtiers' Trifles. Written at the time of Henry II, it's packed with gossip and information about the movers and shakers of the day. It's not always reliable, but it is wonderfully colourful. For example he tells us that Cistercian monks were obliged to wear breeches (underpants) in church when serving at the altar, but that they were not to wear them when going about their ordinary business, because it might increase the heat in that area and provoke lustful thoughts!  He also tells us about Welsh clothing habits in the 12th century. He says that the Welsh wore short woollen cloaks and went barefoot and bare legged. He says the Welsh also don't eat bread, a detail confirmed by a 13th century chronicler during the campaign of 1265. Every page is laden with anecdotes and opinions from which the fabric of everyday life can be unrolled. 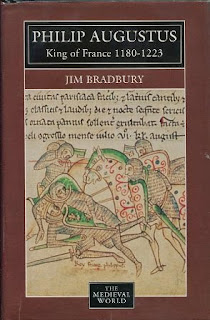 AND ON MY TBR
I have long wanted to read a biography of King Philip Augustus. He tends to be rather vilified in British history because he was the nemesis of the Angevin dynasty. I don't think I'll end up becoming a fan, but at the same time I want to understand him better and gain a more nuanced impression. 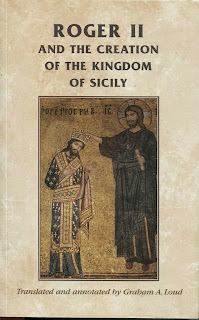 Here's another man I want to know about. The kingdom of Sicily had strong Angevin connections, and was one of those lands that was a highway between Europe, Byzantium and the Holy Land. Richard the Lionheart's sister Joanna was Queen of Sicily for a time. I'm looking forward to a spot of background reading. 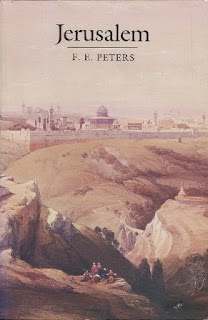 Here's another background book. I already have several on the kingdom of Jerusalem and this area in the Middle Ages with concerns beyond just that of the crusades and military matters.  This book covers the Holy City in the eyes of the chroniclers, visitors, pilgrims and prophets from biblical times to modern day, so will be a good overview one to read. 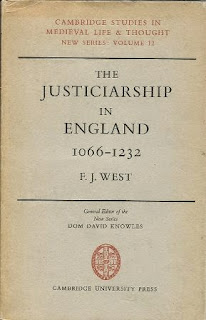 The Justiciar was the official that the King left in charge of the country when he had to be elsewhere. It was a highly organised and important judicial and official role, and the men who took it on had to be farsighted and wise. They were the King when the King wasn't there. I have a working knowledge of their role, but I'd like to know more and this book will prove very useful. 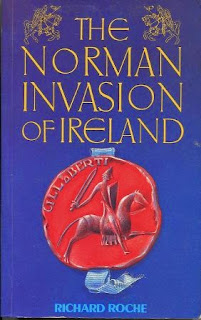 This one is for a project a little further down the line, and as such it's on the backburner TBR at the moment. It's one of those 'I'll grab this now while I have the opportunity, because I am going to need it later' sort of books. 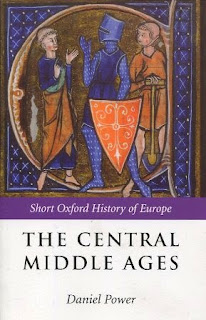 Then there are the books that I pick up at conferences. I heard Daniel power of Swansea University speaking at the Mortimer Conference the other weekend, and was impressed enough to buy his book from the bookstall there. We have a mutual interest in the Marshals! 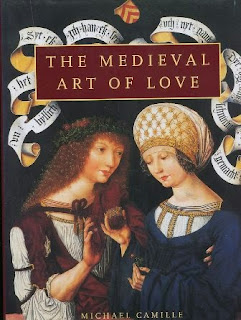 This is one of the coffee table sort of books I mentioned in the main text. It's not too heavy on the information, although it is good, and it has lots of pictures for browsing when the brain isn't able to process too much detailed information and wants to look at nice pictures! 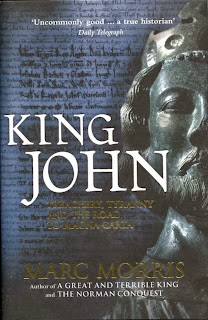 MY MOST RECENT COMPLETED READ
The most recent research book I finished. Marc Morris' new biography of King John. I found this utterly fascinating. Morris is especially good on detailing John's financial genius in his ability to ruthlessly squeeze almost every last drop out of the people he ruled - the success of which in part led to Magna Carta.  This is no revisionist biography that turns John into a lover of fluffy kittens sort of monarch. As far as Morris is concerned, the jury stands. King John was one of the worst kings England has ever had! 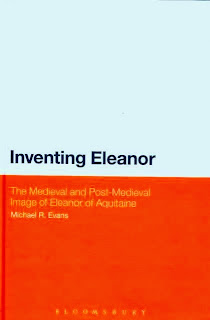 BEST OF THE BEST
Lastly, my best non-fiction read of the year so far is this one.
If you're going to read any of the available biographies of Eleanor of Aquitaine, make sure you read this one too because it will open your eyes to just how much you're being sold a mythology.
Posted by Elizabeth Chadwick at 00:30

Congratulations on your new goodies. They look mouthwatering, though the Walter Map - the last time I tried to get hold of his stuff it was in Latin. Which I can't read. It's sitting on my cyber bookshelves unread. Is your book translated?

For research on something I'm doing, I mostly go online. I know what I want and I have a fairly good inbuilt crap meter. And I never use only one source anyway. But there's nothing like books in the hand just for reading and absorbing stuff you might one day need. And I go to the State Library for research as well. You can't borrow so I just allow myself a whole afternoon to read and read.

And there are ebooks. When I hear a writer speak of something that interests me, I buy it and download it right away. It's all good.

Yes, my Walter Map is in translation - hooray! It has Latin one side and English the other. It is second hand, from the estate of the late historian Norman Scarfe - who was very fluent indeed in Latin and has even pencilled in corrections to the Latin text! I read Latin at a very elementary level - I can just about get by reading a simple pipe roll but it goes no further than that.

I love all your Reading Shelves posts and posts about what we are all reading. I don't know the F.E. Peters Jerusalem so will definitely try to find that.
I am currently boxing up my library for decorations and it is almost traumatic!

I am very taken with the idea of sorting out myths (lies) from reality with regard to Eleanor of Aquitane. But, without any royalties, what a price! I will continue to devour your novels instead.

Thanks for the recommendations, Elizabeth!

Servant of the Secret Fire said...

Inventing Eleanor sounds interesting, but $95 for a Kindle edition? That's highway robbery, IMHO, not to mention a goodly chunk of a week's salary for me, so I guess I won't be getting it any time soon. :(

Really enjoyed this! I'm afraid I'm also guilty of 'I'll grab this now, because I might need it sometime'. As for bookcases, my husband is currently building another two, but I fear piles on the floor won't diminish much.