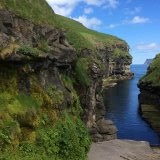 For a number of years, I had a bit of an obsession with the Faeroe Islands, dating from receiving a postcard from there aged 20. The islands looked so weird and wonderful, distinctive green mountains rising steeply out of the sea, and I instantly wanted to visit.

It was 20 years before I got there, but in the intervening time, I read a fair bit of Faeroese literature (in Danish) and was generally fascinated by the remoteness of the islands and the isolated life there. A life that was isolated not just from other countries but by being a series of islands with treacherous seas running between them. 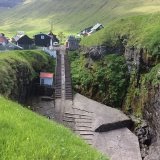 In the Viking era, the islands must have seemed less of a remote outpost than they do now, despite all that cheap flights and bridge-building between islands by the Danish government can do. The Fareoes were very central in the North Atlantic trade and exploration routes - a handy stop over on a voyage to Iceland, Greenland or even Scotland from the rest of Scandinavia.

The Vikings settled them early - duly driving out the Irish monks, as they did in Iceland. They even had their own saga - Faereyinga Saga - though the manuscript has sadly been lost. 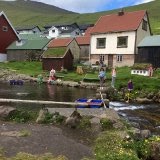 In the sagas where they are mentioned, ships stop over on their way to Iceland, and I was inspired by that for my travellers in Daughter of Fire and Ice to stop there for fresh water; a life-changing stopover for my characters as it turned out. 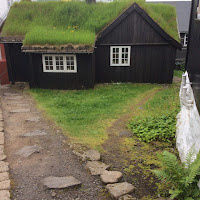 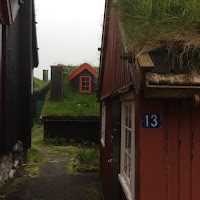 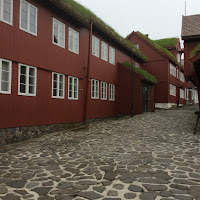 ch later periods - priests who were deeply mortified about being posted to such a backwater, or who tried desperately to stop their incorrigible flock spending their days in drunkenness.  And - an eye-opener for me - about the leper colony on one of the islands. The over-riding theme of the later literature (19th century and prudish) was the issue of sexual licence. A small colony was in need of new blood to avert in-breeding, so the women reputedly tumbled into bed with every sailor who visited. Myself, I suspect this was either much exaggerated by the male authors (who also told tales of stoning brothers and sisters to death for incest) or down to the Faeroese men being jealous or perhaps they just didn't know how to treat their women properly?

There's no doubt it was a hard life and a poor one for much of the islands' history. 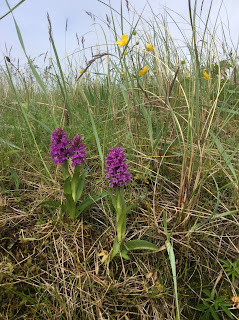 I'm still fascinated by the islands' history and geography and am currently drooling with jealousy over photos my mother has been emailing to me (she's just been there). I've now shared these! Trip, anyone?

I love the little black house with the turf roof!

I love the houses too, Sue! So charming. Susan - what a shame you couldn't get there. It's true it can be very bleak (it rains nearly every day) but is also different to anywhere else I've ever been.