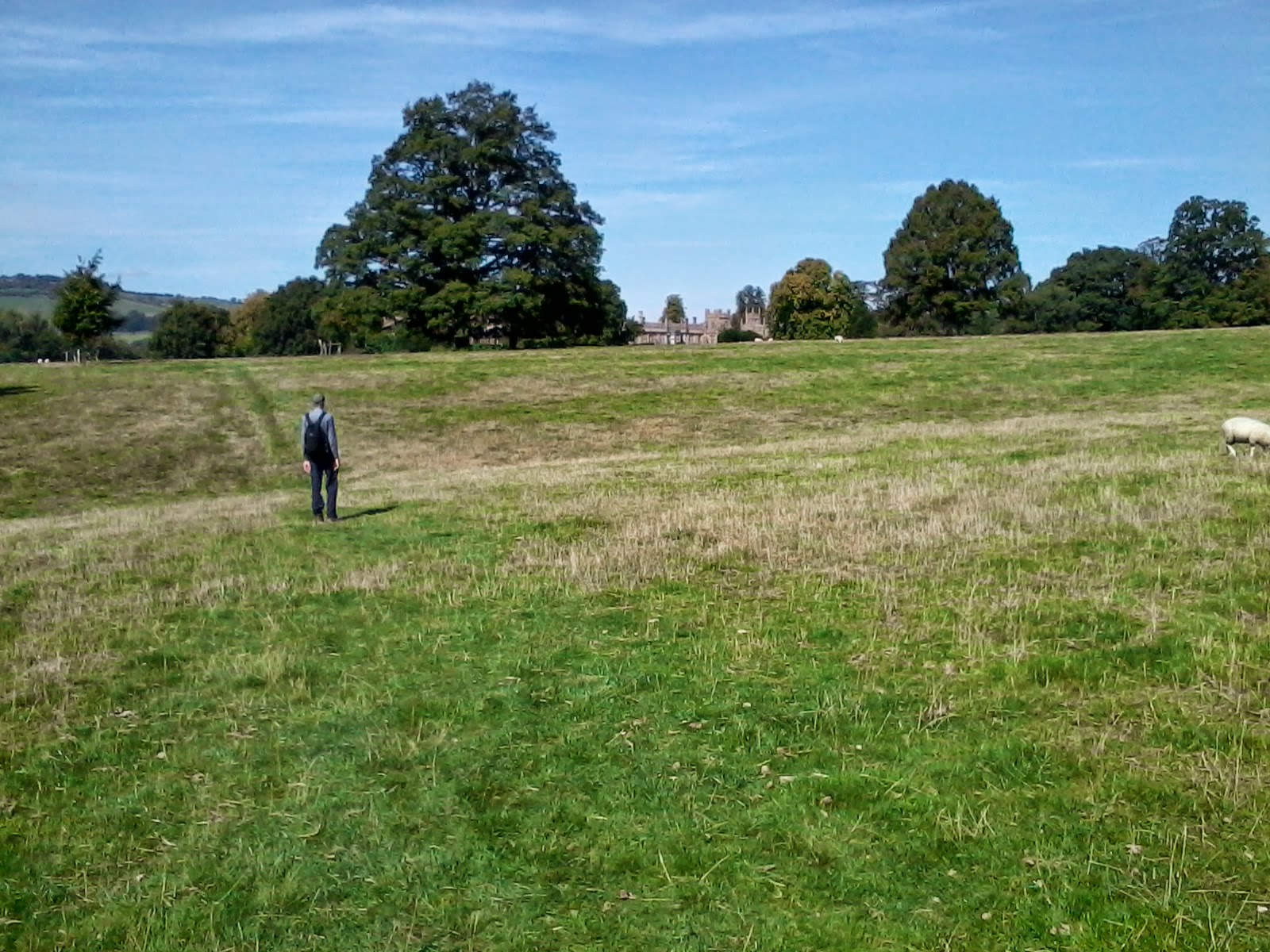 At Sudeley Castle in the Cotswolds there is a small collection of Roman artefacts, among them a statue of a local deity, Apollo Cunomaglos - the Hound Lord. Most of the items are from the site of a 2nd century Roman villa on the Sudeley estate. In the 1880s Emma Dent, the chatelaine of Sudeley Castle, organised the excavation and protection of the remains of this villa. Several mosaic floors had been found, and people had begun taking away parts of them as souvenirs. Emma had the best-preserved mosaic removed to the castle and a replica made. This can be seen on the terrace at Sudeley. The Roman mosaic was then re-laid in its original place and covered with a tarpaulin to protect it; and some of the remaining walls were built up to a higher level.

Also in the Roman collection at Sudeley is a quote from Bill Bryson, who came upon the villa while out walking. He describes his wonder at finding the remains of this ancient building in a little wood, and how he sat down there and thought about the people who had come to this place and built a home there so very long ago.

It was this quote that made me want to do the walk and find the villa. Spoonley Wood is only 2km from Sudeley, but it was a hot day and the two of us took a wrong turning and had to retrace our steps, so it seemed further. There are no signposts to the villa, no mention of it anywhere. 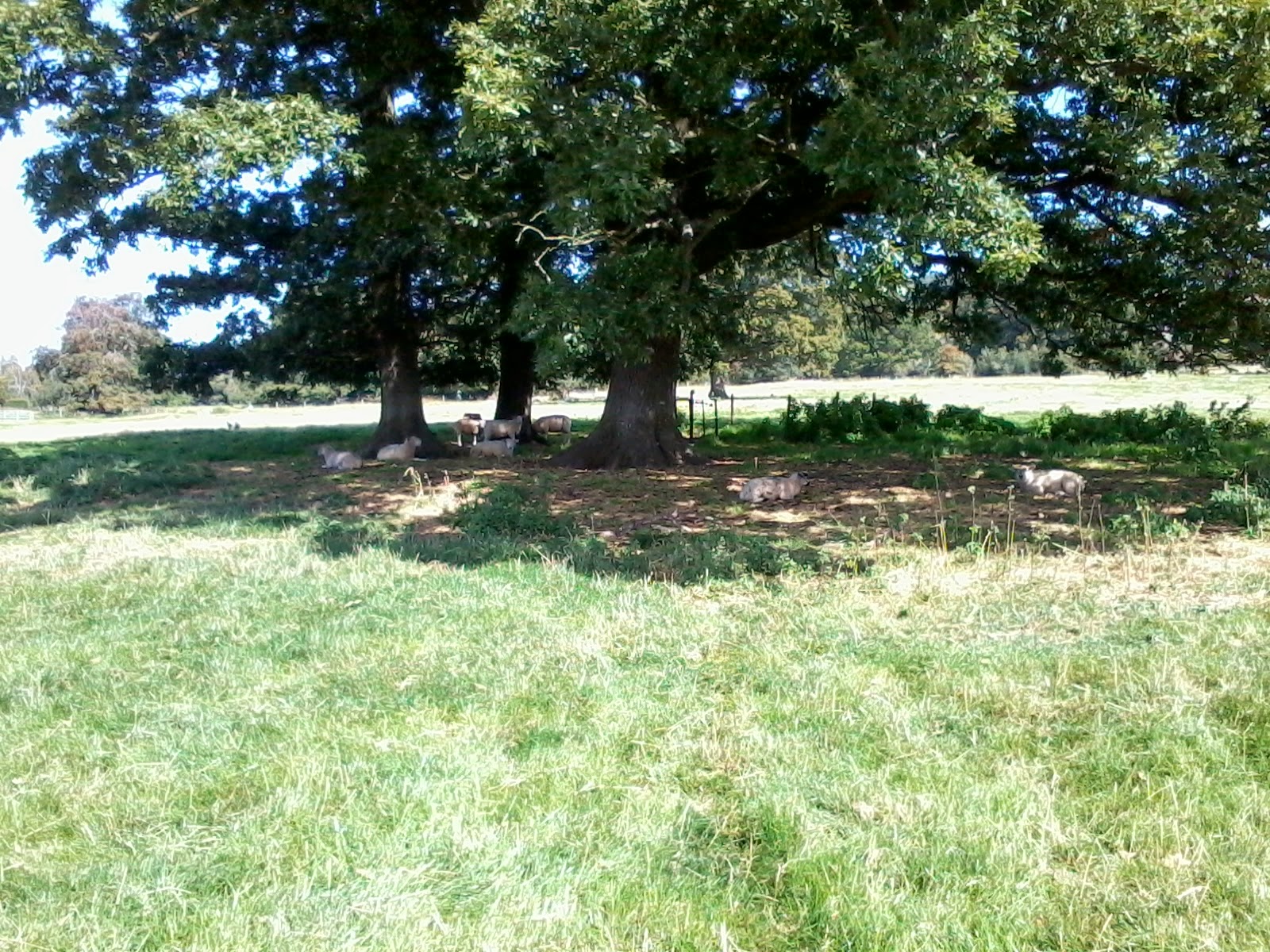 We crossed several fields of sheep, 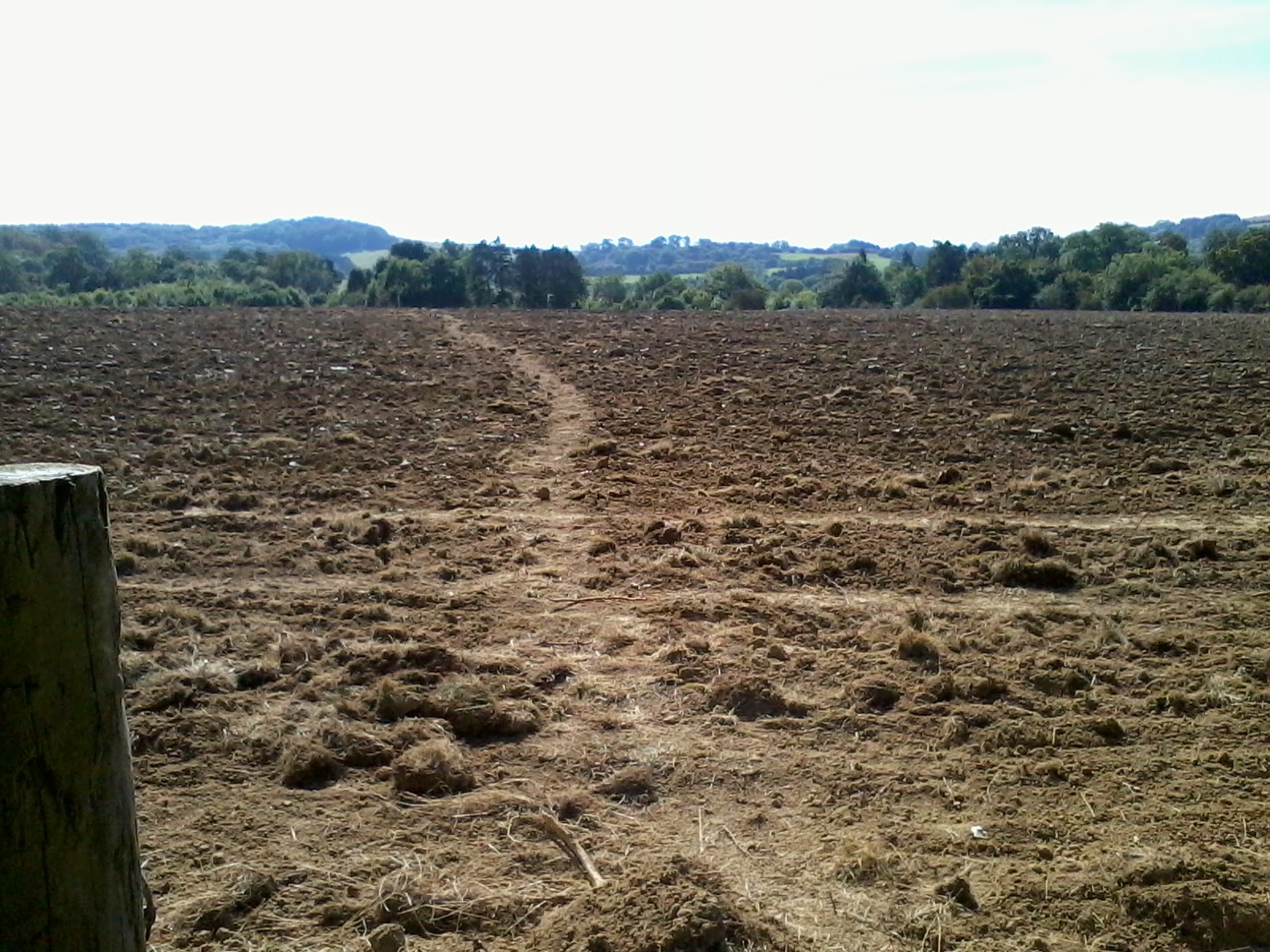 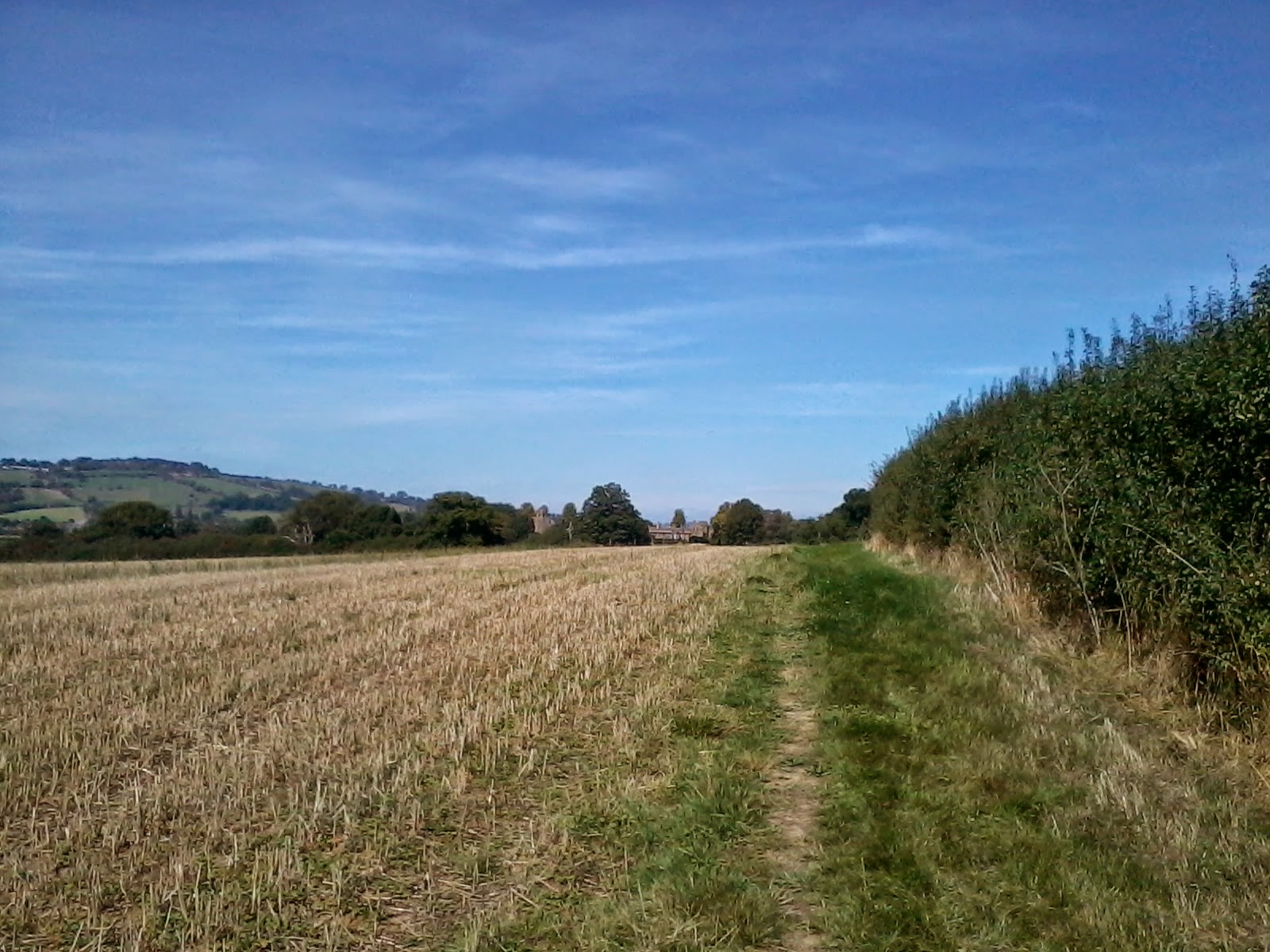 and followed hedgerows; and at last we came to the little wood.

You could easily miss the villa, even though a path leads right through it. We saw a few low walls, a few stones, a great slab that must have been a doorstep, and a mystery object that looked rather like a shallow kitchen sink. 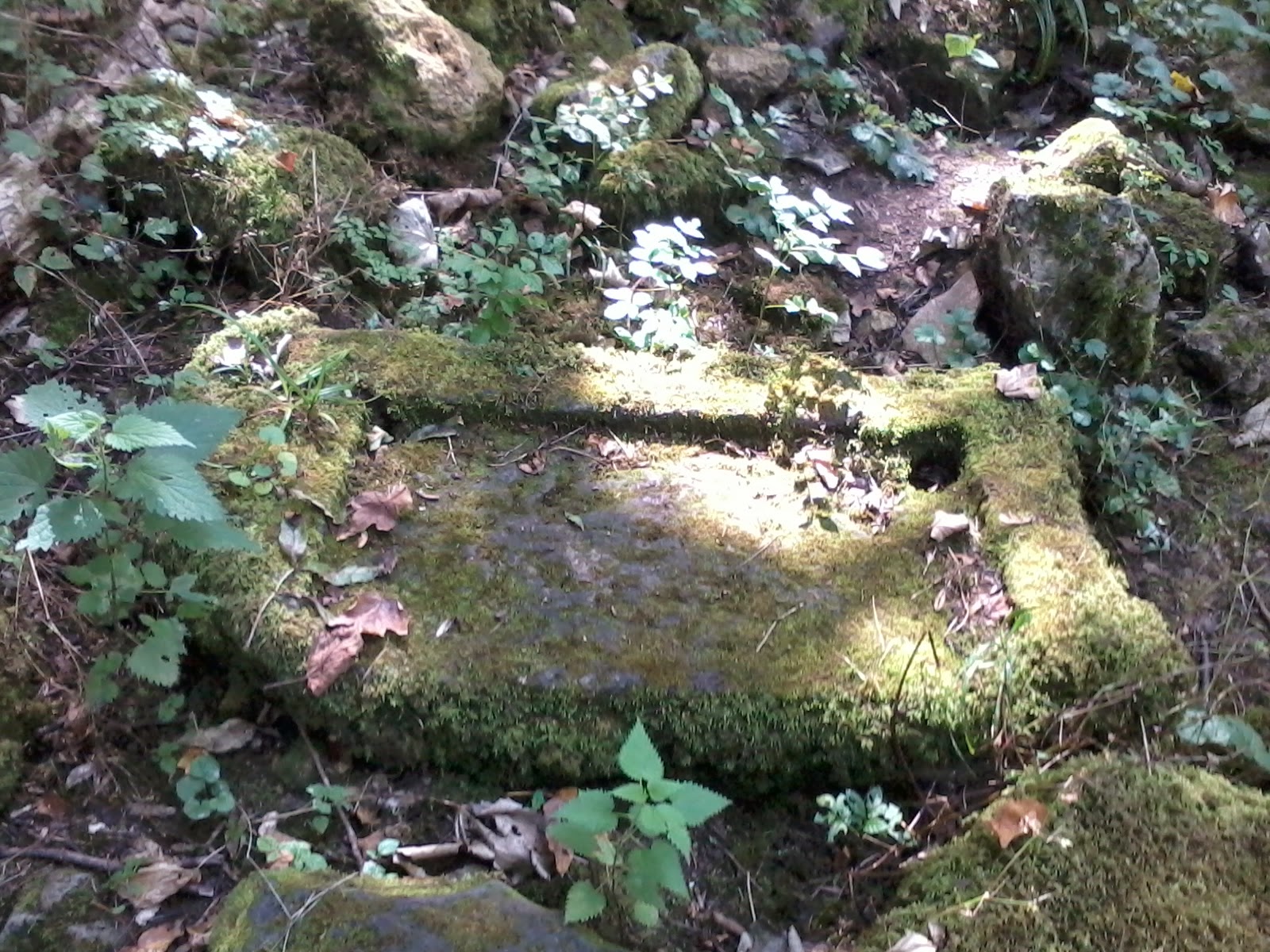 In an open shed roofed with corrugated iron, under a cloth and weighted with stones, was the original of the floor we had seen at Sudeley. We did not uncover it all, just lifted a corner. 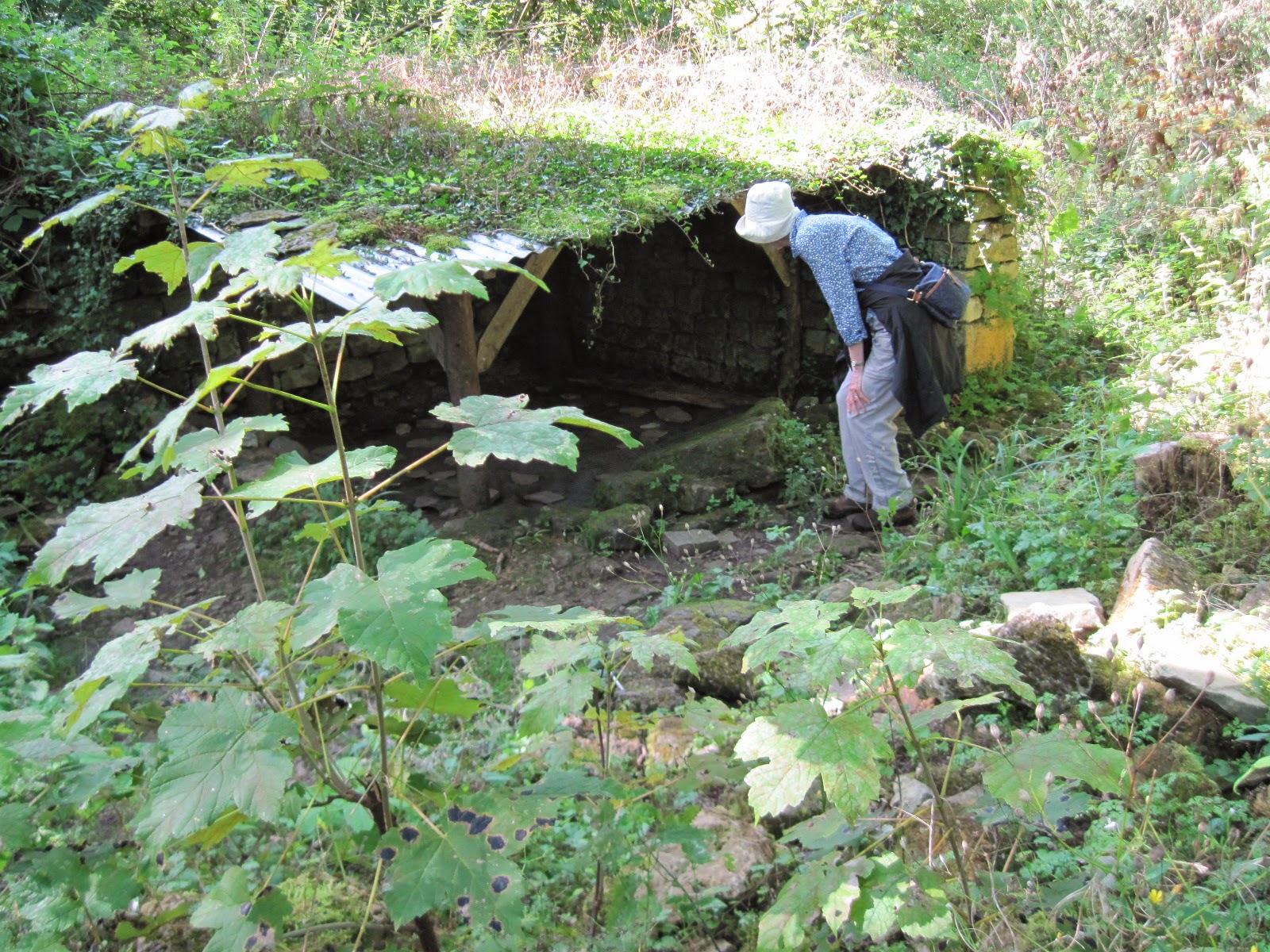 A stream runs nearby, and the OS map shows at least one spring near the villa. The site was quiet and peaceful, and wonderfully free of all explanation. I enjoy the "Roman experience" as much as anyone - places with videos, labels and reconstructions - but this quiet place allowed me to daydream about the villa and the lives of its inhabitants: to imagine the people who lived there going about their work; children playing by the stream; a cat sunning itself on a wall. Perhaps Apollo Cunomaglos, the Hound Lord, once had an altar in this house? 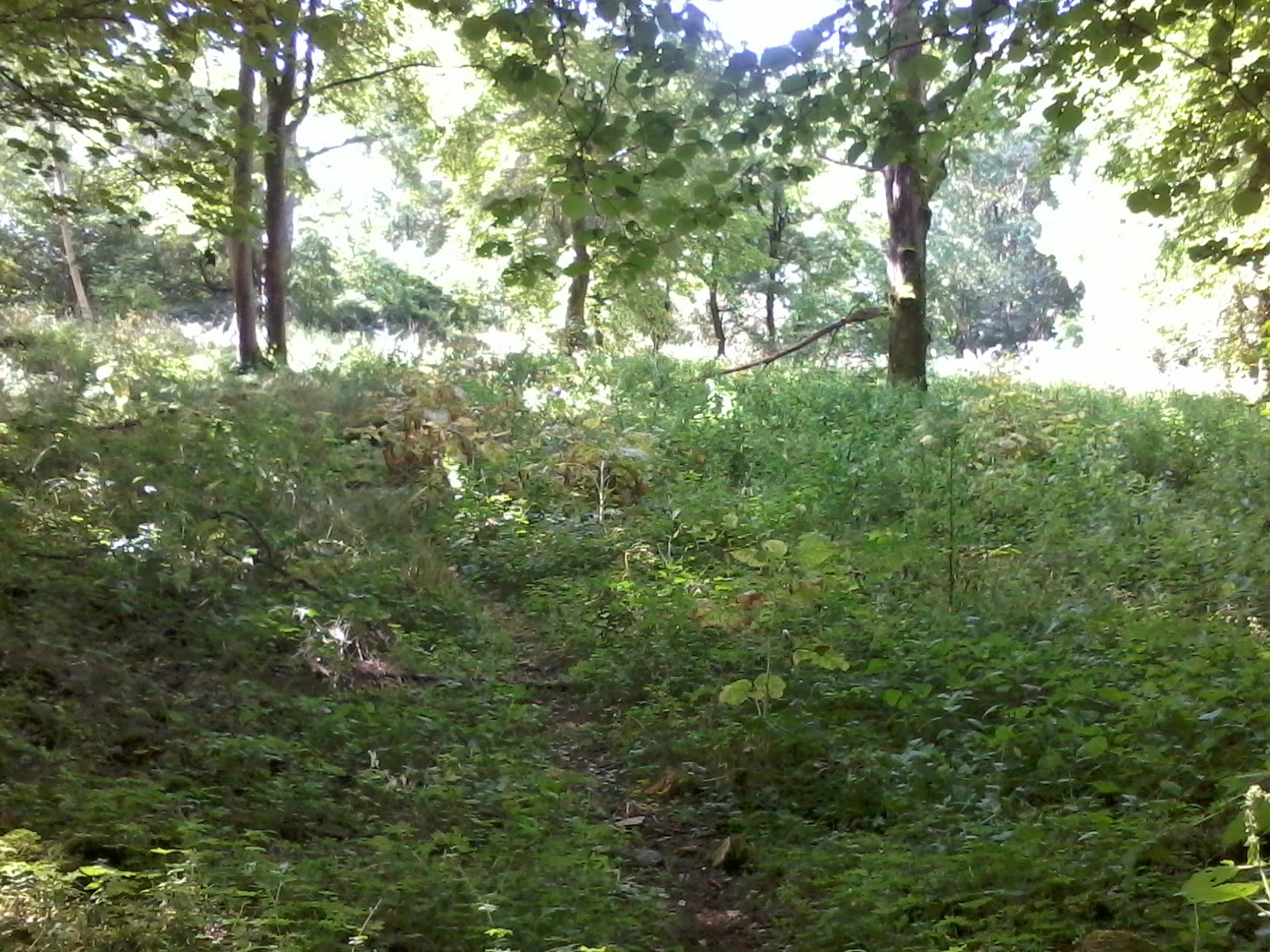 It was summer, the trees were in full leaf and the brambles were dense; they blocked our way and our view. If there was any more to see there, we didn't discover it. So we walked back, leaving the ancient house to peace and birdsong and the ripple of the stream.

Thank you, Bill Bryson. And thank you, Emma Dent.


More information and photos of the site and the mosaic floor can be seen at
http://en.wikipedia.org/wiki/Spoonley_Wood_Roman_Villa

Mary Hoffman is away
Posted by Ann Turnbull at 00:01

And thank YOU, Ann! This is wonderful! I might try to find it myself, and seek out Sudeley Castle, too.

Thanks for this, Anne. Never heard of this villa but want to go there now. Especially interesting about Apollo Cunomagios. There is a church next to nearby Hailes Abbey with a wall painting showing a hunting scene, as I recall. A man and a dog and a hare? Maybe the local deity lived on into the Christian period. He might well have been a Romanization of Herne the Hunter, a continuity of belief stretching over millennia. Thanks for letting us know about this.

Thanks for this, Anne. Never heard of this villa but want to go there now. Especially interesting about Apollo Cunomagios. There is a church next to nearby Hailes Abbey with a wall painting showing a hunting scene, as I recall. A man and a dog and a hare? Maybe the local deity lived on into the Christian period. He might well have been a Romanization of Herne the Hunter, a continuity of belief stretching over millennia. Thanks for letting us know about this.