Girls of Troy by Frances Thomas 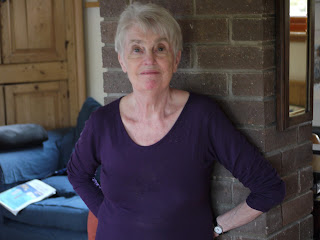 Our guest for September is Frances Thomas. She was born in Wales during the war, but brought up in South London and read English at London University. She is married to a historian, has two  daughters and two grandchildren. She has written many books for adults and children, including a biography of Christina Rossetti and Finding Minerva which won the Welsh Books Council's Tir na nOg prize.  She now lives in mid-Wales.

Welcome to The History Girls!


The Girls of Troy

My father was a scholar and knew Greek.

When I was five years old, I asked him once,

Whereat he piled up chairs and tables for a town,

Set me a-top for Priam, called our cat

Helen, enticed away from home, he said,

So Browning tells the story of how his lovely father introduced him to the tales of Troy, against the assured background of nineteenth century culture and the currency of shared values. Every schoolboy (every public schoolboy, at least) would expect to know the stories intimately, even reading them in Greek. Achilles, Hector, Priam and Odysseus would have seemed like old friends.

But I wonder today whether young readers are so familiar with them. Greek mythology doesn’t quite seem to be the accepted backdrop to Western imaginative thinking that it once was; fantasy has overtaken it as most young persons’ favourite read. Dystopian futures replace mythological pasts. The wonderful stories of gods and goddesses, of heroes and fantastic creatures don’t have the resonance that they once did amongst the young. And the publishers I approached with the idea seemed to think that mythology just didn’t sell, and therefore wasn’t worth bothering with. 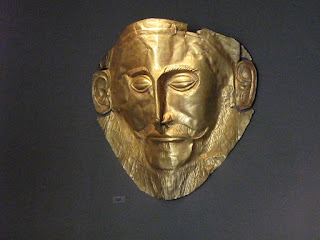 Yet we call up those mythical figures whenever we refer to anyone as ‘jovial’, ‘mercurial’ ‘herculean’ ‘junoesque’; in every art gallery, their exploits still line the walls, making little sense to someone who doesn’t know the legends. Their beautiful statues fill our museums; who are they all? You need to know the stories if you are to make sense of our culture and how it arrived at the place it is now.

So I wanted, especially as we were about to make a first journey to Greece, to use some of that mythological excitement to write a story of my own, and Troy was the story I wanted to tell. But I wanted to write for teenage girls, and at first I found that relentless male and macho world a little daunting. The stories of the Trojan war are stories of men.

But… it’s surprising what you find when you look a little closer. My first ‘light-bulb’ moment was when I found that Helen of Troy had a daughter, Hermione. So what happened to her? In fact, though Hermione didn’t have anything like the fame of her gorgeous mother, she had quite a considerable story of her own. I was intrigued by her straight away – whatever was it like to be the daughter of the most beautiful and most infamous woman in the world? How did Hermione feel? Her mother had abandoned her, after all. Did Hermione resent her? Did they love each other? Was Helen capable of unselfish love? 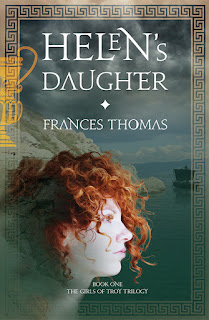 Then I discovered that not only did Helen have a daughter, but that Achilles, the great Achilles, had a son, Pyrrhus. The light-bulb grew brighter. And that, even better, Pyrrhus and Hermione had a romantic connection. The light bulb almost exploded. My story started to take shape, and the characters began to jostle around me, making themselves heard, in the way that characters do when you start to write about them. And Hermione’s story was also the story of the doomed House of Atreus, of Agamemnon, her uncle, of Clytemnestra, her aunt, of Orestes and Electra, and poor Iphigenia, who had to be sacrificed for her father’s convenience. My first story, Helen’s Daughter , was on its way. 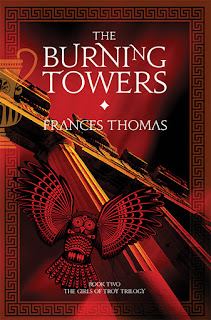 The next story I wanted to tell meant a jump over the sea, to the city of Troy itself. There was a young girl present in the palace there, whose story was certainly full of drama, Cassandra, daughter of King Priam. But really there was too much drama and it was all too horrific. Cassandra is punished by the god Apollo for refusing him, doomed to make prophesies that no-one believes. Later, she is raped by Ajax on the altar of the temple, abducted by Agamemnon as his concubine, and killed by Clytemnestra. I believe that young people don’t have to have stories made simple for them; they can grapple with hard issues. But I also believe that if you’re writing for teenagers, your story must contain at least a note of hope, and there’s none in Cassandra’s story. So in my second story, The Burning Towers, she’s a secondary character, though her story does get told, in all its horror. My heroine is Eirene, whom I imagine as Cassandra’s slave, and it’s she who tells the story, and has a story of her own.

For the final story, The Silver-Handled Knife, I return to Mycenae and the house of Atreus. Nobody comes well out of the Trojan War and most of the Greek kings return to meet sticky ends. Agamemnon has hardly set foot in his palace when he’s murdered by his wife Clytemnestrra and her lover. The story I tell is of revenge, as related by Aeschylus, Sophocles and Euripides, the revenge that Electra and Orestes take upon their mother. All three of my stories are told in the first person, and at first I thought that a first person narrative from Electra would be just too difficult. How can you get inside the head of someone who is complicit in the killing of her own mother? I thought it couldn’t be done. So instead, I decided to use the voice of Chrysosthemis, the younger sister of Electra and Orestes; she would observe and tell the story. And so I started off.

There was only one problem – it was boring. Chrysosthemis didn’t have a story of her own, and just looking on wasn’t enough to make a drama. I realised that what I had to do was the thing I was avoiding – let Electra tell her story herself. After all, Electra’s motivation, her inner feelings , were what every reader would want to know about. If I couldn’t describe that, I’d be selling my readers short. And so I tried to get into Electra’s head, and find out how she changed from an obedient daughter of the palace to a girl with murder in her heart. 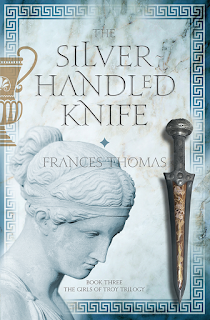 But there’s a happy ending, even for Electra. I didn’t make it up; it’s in the mythology. Orestes spent many years in exile, at the distant court of king Strophias, and the king’s son Pylades becomes Orestes’ dearest friend and accompanies him back to Mycenae on his mission of revenge. She and Pylades are attracted to each other. Electra is bruised and battered from her experiences of life, but she has a future

One of the wonderful things about these ancient stories is the degree of humanity embedded in them- the characters aren’t just mindless heroic figures, they have feelings and all-too-human emotions – they behave in ways that we can recognise and identify with. So many of the stories, told by Homer, or by the great Greek playwrights, are full of human detail; there’s the wonderful scene in the Iliad where the aged Priam makes the dangerous journey to Achilles’ tent to beg for the body of his dead son, and Achilles, in spite of his anger, is moved to tears. There’s the wily and clever Odysseus, beloved of Athene, and the moment when at last after many years wandering, her arrives back home and his ancient hound recognises him with its last breath.

There’s Demeter, desolately wandering the earth in search of her lost daughter. There’s passion and violence, jealousy and love, anger and rage, and tenderness and obsession – stories told and retold over the centuries, gaining strength and intensity from each retelling, you could find themes for a lifetime’s writing from these stories. They have a reality that made-up fantasy can’t emulate, they’re embedded in our hearts. That’s why I hope we, and future generations, will continue to read them, to study them and to be excited by them.

Frances's Girls of Troy books are available on Amazon.
Her website is http://www.francesthomas.org/
Posted by Mary Hoffman at 00:01

Aussie author Kerry Greenwood did an enjoyable three-book series about Cassandra, Electra and Medea. She even managed to sneak in a happy ending for Cassandra! There are so many versions of the myths anyway - so why not?

My children loved retellings of the Greek myths - and as you say, there's so much that's unintelligible about western culture if you don't have the framework and recognise the references. Good luck with these books, Frances!

I adored the Norse myths more than the Greek and later roman tales, they all seemed very bright and sharp, and after seeing Ray Harryhausen and the Gorgon, I used to dream of Loki and the Frost Giants! childhood dream of being a special effects person to make the Norse myths as real as the Greek ones :-)

I love those covers! Retelling the ancient stories using lesser known characters is always interesting - will there be any more books in the series?

Loved the first two! Your writing is beautiful, and I can't wait to read the third one.

I can't wait to read the third one either! I love these stories. Thank you for this illuminating post, Frances.

Frances, who is finding it difficult to get into the site, thanks you all for the kind comments. She is not currently planning any more books in the series.

I have read all three and they are really good!