'Strange how potent cheap music is...' Listening to the sounds of the past - by Christina Koning 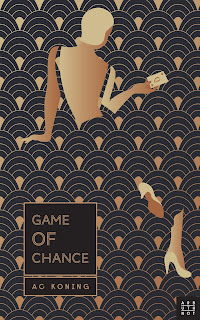 When you’re trying to recreate the past, there’s nothing quite so evocative as listening to the popular music of an era, which is what I’ve been doing for the past few months of researching and writing my soon-to-be-published novel, Game of Chance. The book is set in 1929, on the eve of the Wall Street Crash and the subsequent Great Depression, and much of the action takes place in a snow-bound London, where poverty and unemployment are already much in evidence. I wanted to portray this - but also to show the deep class divisions in the society of the time. And so my story, a murder mystery, moves between several very different worlds - from the shabby backstreets of New Cross and Shoreditch, to the more affluent squares and closes of Knightsbridge and Mayfair; from the bohemian circles of Camden Town and Notting Hill, to the country houses of the Home Counties. One thing all these otherwise disparate worlds had in common was the music of the times - available to any home that possessed a wireless, and also to be heard across the capital in nightclubs and at fashionable parties.
In researching this, and putting together a playlist of some of the most popular tunes of 1929 (see attached link), I was struck by how many of the songs still to be heard today were first written and performed in that golden era we call the Jazz Age. Melodies such as Gershwin’s incomparable ‘Rhapsody in Blue’, Bix Beiderbecke’s ‘Singin’ the Blues’, or Duke Ellington’s ‘Black and Tan Fantasy’, date from that year, as does the wistful ballad, ‘I’ll See You Again’ (performed by the Master himself), from Coward’s operetta, Bitter Sweet. Perhaps more surprising, is that many of the songs later recorded - and made their own - by renowned artists such as Billie Holiday, Frank Sinatra, and Ella Fitzgerald, were first performed, often in rather less sophisticated versions, in the late 1920s.

‘Singin’ in the Rain’ - later made famous by Gene Kelly in the 1955 movie of that name - is one of these, its up-tempo 1929 version sung by one Cliff Edwards. ‘Makin’ Whoopee’ (later a Sinatra classic) was recorded no less that four times in 1929 - by Harry Richardson, Eddie Walters, Eddie Cantor, and Paul Whiteman. There were also several recordings of ‘My Blue Heaven’ - another song which has been covered many times by artists in the years since. ‘I Wanna Be Loved By You’ - later memorably performed by Marilyn Monroe in the 1959 spoof of the Roaring Twenties, ‘Some Like It Hot’, was first recorded by Helen Kane thirty years earlier. Other perennially popular favourites, such as ‘Bye, Bye, Blackbird’, ‘Sweet Georgia Brown’ and ‘Dream A Little Dream Of Me’ also first hit the airwaves in that remarkable year.
In writing Game of Chance, I had a great deal of fun incorporating snatches of some of these wonderful songs into the chapters describing a glamorous party, held at the Cadogan Square home of a beautiful ‘Society’ hostess. Amongst the popular ‘hits’ being played by the jazz band hired for the night, is the show tune ‘Oh, Lady Be Good!’ from the musical of that name, whose lyrics beautifully encapsulated the dreamy sensuality of the mood I was trying to convey:

Oh, sweet and lovely lady, be good
Oh, lady, be good, to me;
I am so awf’lly misunderstood,
So, lady be good to me…

Other tunes now familiar from later ‘covers’, but then brand-new, included ‘Ain’t She Sweet?’, ‘Yes, Sir, That’s My Baby’ and ‘Let’s Misbehave’ - another song whose lyrics stay just the right side of suggestiveness:

The prevailing mood of many of these songs is a sort of manic cheerfulness - a refusal to be ‘downhearted’ in the face of trouble and hardship. One particularly touching lyric - ‘I Can’t Give You Anything But Love, Baby’ (with music by Jimmy McHugh and words by Dorothy Fields) was apparently inspired by the writer and lyricist spotting a young couple looking in the window of Tiffany’s jeweller’s shop in New York; the title line was supposedly said by the young man to his girl. Whether this is an apocryphal story or not, the song (later recorded by Billie Holiday) does capture something of the spirit of the times, with its mixture of bravado and wry resignation:

Gee, I’d like to see you lookin’ swell, baby,
Diamond bracelets Woolworths doesn’t sell, baby;
Until that lucky day, you know darn well, baby,
I can’t give you anything but love…

Nor is this the only song from 1929 whose determination to ‘look on the bright side’ acknowledges that there is a darker side to life. The perennially popular, and (to my mind, at least) rather too jaunty ‘Happy Days Are Here Again’, presupposes that the ‘happy days’ in question haven’t always been ‘here’. The almost insufferably bouncy ‘When the Red, Red, Robin, Comes Bob, Bob, Bobbin’ contains the lines

There’ll be no more sobbin’
When he starts singin’
His old, sweet song…

No wonder these tunes proved so popular throughout the Depression and during the Second World War. They were the musical equivalent of the ‘Keep Calm and Carry On’ posters put out by the Ministry of Information in 1939 to ensure that people didn’t succumb to gloom and despondency during the Blitz. They celebrated love, life and happiness in the face of looming disaster. And, dammit - they were catchy!

For these and other musical treats of 1929:

Fantastic playlist and an evocative post. Off to get my head round Spotify properly at last. Many thanks.

What a treat - thank you!

Hope you manage to connect with Spotify, Lydia! It took me a while (and a bit of help from my daughter) but it is great fun being able to listen to such a range of music... And thanks for the nice comment, Joan.

It doesn't surprise me. A lot of the cheery classic musicals are from the Depression era, when people just wanted to be cheered up. Lovely list of songs here, looking forward to the book!