Our guest for June is Julia Gregson. She says of herself:

In my career as a journalist I spent four days with Muhammad Ali in a boxer’s training camp in Pennsylvania, interviewed Buzz Aldrin in Houston; Ronnie Biggs in a Brazilian jail at midnight; president’s wives, film stars in Hollywood and several notorious criminals. All good grist to my story-writing mill.

I enjoy writing short stories and have had many published in places like The Literary Review, The Times, Good Housekeeping, and read on the BBC.

Orion published my first novel, The Water Horse, in 2005. I rode a horse across Wales to do the research- a wonderful experience- and then went to Istanbul and Scutari where the rest of the novel is set.

I’m married, have one daughter and four stepchildren and live in Monmouthshire with two chickens, two rescue ponies, and a collie called Jellybean.


It is day four of a midwife training course in Northern India. A group of dais, (midwives), have been given a piece of paper and a crayon and asked to draw the human body as they understand it. Here are two examples of what was drawn. 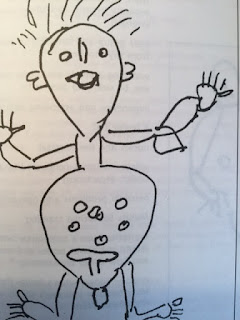 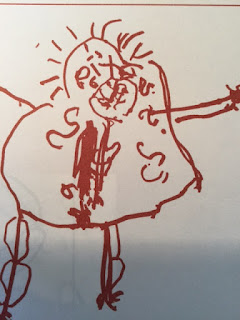 In another exercise , they are asked to describe the inside of a woman’s body. What follows, is a selection of their responses:

“There is a uterus, egg tubes and a passage for urine and menstruation, there are 900 blood vessels.”

“Three holes from the rectum, vagina and urethra.”

“There are seven layers in the stomach and the first is very hard, they are softened by age and each delivery comes from a softer layer.”

“Nobody knows what is inside the body, you can only see it by experience “


The images and the words come from  Birthing with Dignity, a fascinating and still timely handbook for training midwives and health workers , written in 2004 by the Canadian midwife Diane Smith, who went to India, to work with the village dais and share their experience. 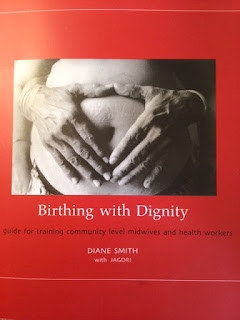 It would easy to laugh, or be alarmed at the primitive drawings above, but Smith points out this would be both stupid and dangerous.

After seven years in India, she gained a deep respect for many of the local midwives and says, ‘’We learned from each other,” Western medicine, she says, “sees the body as a machine made up of moving parts, rather than a dynamic energetic form.” While Western knowledge can be helpful to a traditional Dai, particularly when handling the kind of life threatening complications, that require emergency medical care, Smith believes passionately, we ignore at our peril the other kind of wisdom, based on intuition, traditional healing methods, and centuries of watching, listening, and aiding women deliver their babies.

Her hope is that by listening and learning from each other, Eastern and Western midwives, can become happy bed fellows. ( Sounds like E.M. Forster’s famous dictum: ‘only connect.’)

There is a long tradition of Western midwives travelling East with their birthing kits, and knitted babies, and wall charts. From England. In the late 19th Century, The Countess of Dufferin sent many midwives to India, funded in part by Queen Victoria. Some were magnificent and brave, some, though well-intentioned were naive and misguided.

In my new book, Monsoon Summer, my heroine, Kit belongs initially, to the latter group, and walks into a minefield of dangers and difficulties when she travels to South India, in 1948, to help set up a midwifery school.

She discovers that there is no such thing as a typical Indian midwife. Some of her colleagues were exceptionally talented, better educated and far more experienced than she was , at the other end of the spectrum were dais who were considered the lowest of the low and were only allowed to cut the cord say, or do away with the placenta- some of these tasks undertaken with rusty knives and unhygienic rags. These unhygienic practices added to poverty, and poor transportation leading to some horrifying levels of maternal and infant morality.

She encounters difficulties familiar to any Western midwife, rolling up her sleeves in India, chief among them, the bewildering layers upon layers of caste complexity, and birthing traditions. Brahminical Hindus, for instance, regard childbirth as a polluted female act, and one in which the Dai’s role is seen as being one of the most menial and dirty jobs around. This makes recruiting educated women to their ranks a huge problem. Other dais are called on only to perform illegal abortions, or to dispose of newly born unwanted girl babies.

But things are changing in India: government policy makers are encouraging women to have their first babies in hospital. But the reality for the majority of people living in poverty - over half our world- is that many still cannot afford to go to hospital. The local midwife is their best, and only option.

So this urgent work continues today. A healthy baby after all, is what every woman wants, doesn’t matter where she’s from.

As for the midwives, we should celebrate them more. The best of them to quote from Diane Smith’s teacher, must be a healer, a physician, a magician, a politician, an actor, comedienne friend, acrobat, seamstress, nurse, doctor, shift worker, mechanic. It’s quite a list. I don’t think I could do it, could you?

Monsoon Summer by Julia Gregson is published in the U.K. by Orion on June 30th

In the U.S. by Touchstone, in August 16th 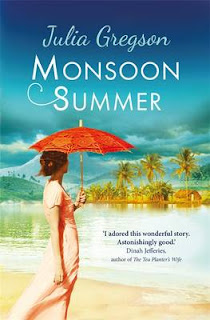 
Birthing with Dignity, a guide for training community level midwives and health worker. by Diane Smith, published by Jagori in 2004

It sounds like a fascinating book, and I was very interested to read about this sensitive and useful piece of development work.