Rather like Catherine Johnson on the 14th, I was going to write about something else this month but then I heard that the American writer, Lois Duncan, had died.

Lois Duncan is one of my all time writing heroes. I owe her a very great debt. She changed my life. I first discovered her books when I was teaching in the 1980s. I was an English teacher in a comprehensive school. We were keen then (as now) to encourage our students to read. The younger ones weren't the problem. They often came to the school as avid readers. There were great books for them and great writers: Lucy Boston, Clive King, Penelope Lively, Penelope Farmer, Catherine Storr, Robert Westall, Philippa Pearce, Leon Garfield, Nina Bawden, Jill Paton Walsh, Bernard Ashley, Judith Kerr - the list really does go on and on. Every age is claimed as a Golden Age in Children's Fiction but this really was one. But for older readers, unlike now, not so much. There were honourable exceptions: William Mayne, Alan Garner, Jan Mark, Aidan Chambers and, as Catherine Johnson reminded us, Janni Howker (who never won the Carnegie Medal but that's by the by). Beyond this handful we were struggling and this was the age group that was turning away from reading. 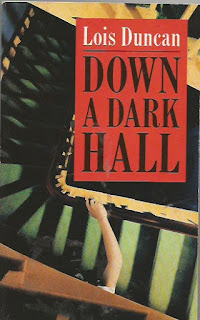 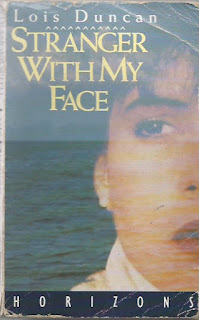 We had money for classroom libraries and were allowed to go once a year to Books for Students to spend it. That is where I discovered a slew of American writers who could match their British counterparts in excellence and who were writing specifically for older teenagers. S.E. Hinton, Paul Zindel, Robert Cormier, Patricia Windsor, Judy Blume (of course)  and  Lois Duncan. We spent all our money in half an hour. I took the books home to read and I was riveted. These writers treated teenagers, and therefore their teen readers, like adults. Their books did not shy away from realities. They dealt with difficult issues: sex, bullying, violence, mental breakdown, death, sexuality, you name it, but the issues weren't the focus. These books were not patronising, they weren't preachy, they didn't set out to teach lessons; the 'issues' were part of the story, part of the complexity of teenage life. The writing was powerful, the structure as complex as any adult novel, but with teenagers at the centre of the action and, because the books were written for teenagers, they had a compelling narrative drive. These writers knew what they were doing and they knew their audience. 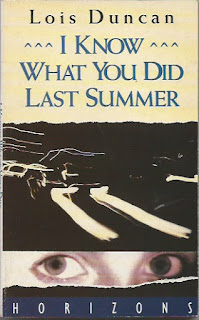 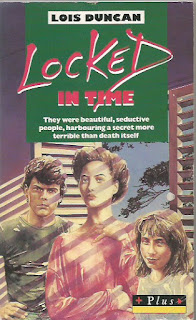 I was very impressed, so were my students. The books disappeared out of the book boxes like magic. Suddenly, their writing was full of shopping malls, parking lots and (American) football games. Some re-adjustment was called for. A moratorium for (by now dog eared) books to be returned and a discussion centring on their own lives. They didn't have to pretend to be American. Their lives were just as interesting. That's when someone asked the question: Why doesn't anyone write books like this but about us?

Why, indeed? I thought to myself.

At the time, I was reading a lot of thrillers, especially the fairly new feminist crime fiction writers: Val McDermid, Sara Paretsky, Sue Grafton, Sarah Dunant, often published by Virago or Women's Press. I really liked the idea of the female protagonist - tough, intelligent, resourceful  - and it was refreshing not to see women as perpetual victims. It seemed to me that these American writers, especially Lois Duncan and Patricia Windsor, were doing essentially the same thing but about a younger age group. Teens and women had a lot in common. They were often depicted as the victims of crime but were perceived to be relatively helpless. An adult (male) had to come to the rescue or act as avenger. These writers were turning all that on its head. In their books, women and teenagers were acting for themselves. I found the whole thing not just empowering but inspirational.

These books weren't whodunnits, they were whydunnits. They belonged to an emerging trend in crime fiction that went beyond solving the case to look into the complexities of motivation and explore the effect that violent death might have on all those involved. I'd always been uncomfortable with the 'bodies in the library' kind of crime fiction and was a big fan of writers, like P.D. James and Ruth Rendell, who were taking the genre beyond that.

At about this time, a friend who worked at a different school in Coventry told me about a trip to an Outdoor Pursuits Centre in the wilds of Mid Wales. 'You will never believe what happened!' she started and launched into a story involving police hunting for a killer who had stabbed a teenage girl to death, hidden her body in a church vestry and was now heading for the house where my friend was going to stay, out in the middle of no-where, with 20 or so assorted teenagers. 'Hang on a minute,' I said. 'Do you mind if I write this down?'

That was the base story for my first novel Every Step You Take. Not long after that conversation, I gave up teaching to become a writer. I owe a great deal to Lois Duncan. If it hadn't been for her, I might never have discovered what I really wanted to do. 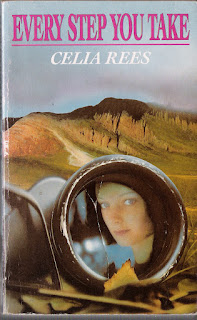 I've been writing for more than twenty years now. I joined a small select bunch of British writers who also wrote for teenagers: Janni Howker, Philip Pullman, Anne Cassidy, Peter Beere, David Belbin. I've watched the ranks of YA writers grow and swell. When I hear how 'new' it all is; how no-one ever wrote for teenagers; how no-one ever wrote about strong girl characters, I have to smile. We've been there, we've done that, even if we didn't get a Carnegie medal.

This is really interesting. Perhaps you should write an article for The Author?