A Snapshot From the Writing Life by Katherine Webb

A somewhat more personal blog than normal from me this month as I find myself in that slightly bewildered, exhausted/exhilarated state that comes about when the second (and hopefully final) draft of a book has been handed in. Mostly, there's a tremendous sense of relief! And I know it's definitely done this time because I have stopped waking up in the middle of the night thinking of tiny, tiny changes to make to the script - literally swapping one word for another on page 342, for example. I'm free! 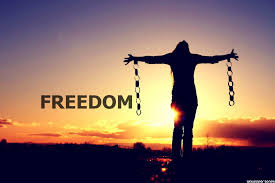 As somebody who cannot plan a story before starting it, writing a novel is always a leap of faith. Will I still be able to do I? Will ability kick in where faith is failing, and let me produce something worth reading? I know where I want the book to start and finish, and I know who my players are, but will I be able to steer them through a complex narrative? And, given that I can't plan, a book with a twisty plot - like my fourth novel, 'The Misbegotten', and like this one I have just finished - always cause me headaches. I knew when I handed this script in for the first time back in June that there was work to be done - and I was looking forward to getting my agent's and editor's eagle eyes on it. Often, I am far too close to the woods to see the trees by the time I reach the end of the story. It's all there in my head, but has it made it onto the page? 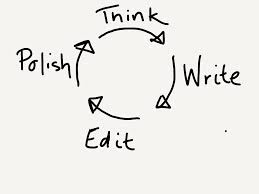 I am often asked by aspiring writers how I deal with the editorial process, and the general feeling is that it must be awfully hard. Well, it is - but not necessarily for the reasons people might think. I imagine that if you'd turned in what you thought was the perfect novel, hearing that your publisher would like changes made to it must be very hard. The key is never to assume it's perfect! I've done this enough times now to know that I have strengths and weaknesses, and every first draft I write will have strengths and weaknesses. Having a skilled editor to point out the weaknesses is a GOOD thing. I've also been asked whether a book still feels like my book once I've redrafted it. My goodness, YES. If it doesn't, something is very seriously wrong. An editor might point out a problem; it is up to the author to find the solution to that problem. Or to argue convincingly that there isn't a problem. Or to sidestep the problem by rewriting other parts of the novel in a certain way. It remains, absolutely, all my own work.


Another thing I also do at this stage of the writing process is to go back through all my research notes for little gems of historical detail I've missed, which I can drop in to add authenticity to my settings. This time around, that meant rural Wiltshire life in the 1920s, which has been a joy to learn about and to write. Equally, you have to leave some things behind, if they're not needed. However interesting I found the highly-skilled process of constructing a Wiltshire hoop-raved wagon...it brought nothing to the plot. I've weeded out every bit of too-modern sounding dialogue, written in unthinking full-flow, as I can find; I've checked which wild flowers would have been blooming in the months I've set my story, and I've agonised over whether a character would be 'fascinated with' or 'fascinated by' her lover's body. I have, in short, driven myself quite batty.


The sudden loss of this soul focus of my attention is a strange feeling. I've only been half in the room for the past six weeks, as I worked on the redraft. Time to call up some friends, and apologise for being glassy-eyed company of late... I feel relieved, as I said, and also a little bereft. I find myself wondering whether I should have found a way to work in the details of the hoop-raved wagon after all... But, once I've hit send I am strict about doing nothing else to the script until I hear back from my editor. And now, a few days on, real life is slowly returning to mind! 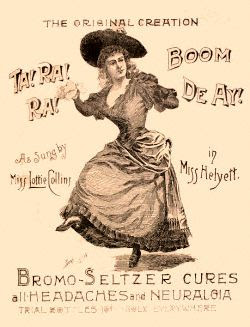 The book is due for publication in the UK next June. The script now goes off to a copy editor, who will fact-check it and pick out any glaring continuity errors (always a danger when some sections have been rewritten); after that it'll go to be type-set and then proof read, both by me and by a professional proof reader. And I must turn my attention to the next book... Normally, by this stage, I'll have had an idea about what I want to write next. This time, I haven't an inkling. This latest book has taken up a huge amount of my energy and brain-space for the past nine months - perhaps more than any of my other novels to date. I am - tentatively - extremely proud of it, and I think I need a few weeks to recover from it!

I'll leave you with a few fantastic facts about rural Wiltshire a century ago that I wasn't able to work into the narrative:

Wiltshire folk were superstitious about elder trees and wouldn't cut them down, as it was said that Judas hanged himself from an elder tree.

Vertical stones set on top of a wall around a well, and designed to keep children out, were called 'cock-ups'.

A treat for the children when the butcher's wagon came around was a lump of suet to gnaw on. Yuk!

Obby was short for Albert.

When it came to making wagon wheels, only heart of elm would do for the hubs; only ash for the shafts, and only oak for the spokes.

Folks would say that spring had come when you could step on nine daisies at once.

So recognisable! I agree with everything you say about editing.
In the Midlands it's unwise to mess with elder trees because witches often hide in them. But our black cats are lucky.

It's a strange profession, ours! Like Susan, I recognised and agreed!

Do other writers suffer from 'PDS'? Post-delivery syndrome.
Symptoms include: exhaustion combined with euphoria, general collapse, desire to eat doughnuts, the buying of unwearable clothes, and not caring about the daisies on the lawn that previously one was desperate to sit among.