Writing culture and religion into historical fiction, by Gillian Polack


The Jewish New Year is today, so I’m going to celebrate it with a post that contains things Jewish. And I’m going to put other things in it because I can. I was on four panels at a science fiction conference today – this makes me obstreperous.

One of my panels was on fairytales and folk culture. Someone asked me what the Jewish tradition said in relation to the concepts she knew from her popular culture. The example she gave was grouping things in threes. My first thought was “We’re both Australian, I do what she does on this. Why has she assumed I do something different?” I thought this was not a kind thing to ask, so I asked her what she meant by Jewish tradition. It came back, in the end, to the same thing. She thought there was one folk culture.

Judaism has many, many cultures. My culture is Australian Jewish or Jewish Australian (depending on the mood I’m in when I get out of bed in the morning) and my Jewish language is English. I am notorious for using threes in my fiction. In my novel about haunted Canberra, I have three friends for instance, at the heart of everything. I explained this, but I also asked her what her Christian tradition was. She instantly gave her branch of Christianity and worked within that. She had the power to reinterpret the question (after a few minutes thought) whereas I was expected to stick with a universal. That’s one reason I asked what she meant by “Jewish tradition” – she didn’t mean my personal background. She meant a universal. The bottom line is that there is an assumption underlying questions of certain minorities. I’m expected to answer for all Jews, but I’m a sadly limited human being and can only answer for the cultures I know.

Where does history fit into this? Firstly, I wanted an excuse to give you a picture of Montpellier’s mikvah (ritual bath). I took the picture in 2011, and the research trip was helped by ArtsACT. The bath doesn’t appear in any of my fiction yet, but Montpellier itself is in Langue[dot]doc 1305. I happen to like this picture.

This brings me to “where does history fit” #2. The Serious Answer.

I am a Medievalist. That’s why I have a picture of a mikvah on my computer. It’s possible to answer that set of questions for the Middle Ages. In fact, not only is it possible, it’s essential for writers to do so.

So often we say English vs French, when the English people can be from Cambridgeshire or Cornwall and have very little folklife in common and the French could be Normandy or Aquitaine. Some of the people might be Jewish. In the south of France, there were Moslem French people, and Cathars. There are books written on these cultural variations in the Middle Ages. We can find out quite a bit about them. They have their own identities. Many Cathars and Jews died protecting their cultural and religious identities.

It’s so important not to say “medieval people” as if they were all the same. There is no single “medieval person.” When we construct one for our fiction, we construct from a variety of sources and, ideally, create an individual who represents their place and their time and not the stereotype. There is a medieval notion of “Everyman” but this doesn’t make all people into that one theoretical being.

If there isn’t a single universal modern Jew, then there wasn’t a single universal medieval one. What’s more, medieval Jews and Christians shared a whole heap of culture, just as I do with the others on that panel. Three religions on that panel today, and we all wrote groups of three into our stories. What unites us is at least as important as what divides us. I’m not just talking about current events. This works for writing fiction as well. Let me explore a bit.

Just as my ‘Jewish language’ is English, in England and France in the Middle Ages, the chief Jewish language was Old French. There are accounts written in Old French in Hebrew characters and there are notes written in Old French on religious and legal texts. My favourite illustration of this is always (so I’ve overused it!) the word for divorce, which comes to us from Jewish sources. If we only had Christian texts from the Middle Age, we wouldn’t know that there was a word for it in Old French at all. The word is ‘akitement’, and it pretty much means ‘finishing the contract’ in my reading of it. Jewish marriage was (and is) a contract rather than a sacrament, and this explains why we have the word from Jewish sources. It’s interesting that the Hebrew had to be glossed with the Old French – Old French was the language people used, then, when they wanted to talk about these issues. For a historical romance, it means that there is the notion of divorce but not a simple way of achieving it for Christians. This is an amazing tension to add to a story about an unhappy marriage. “They can get out of misery without great sacrifice, but we can’t.”

Then there is the Jewish Arthur, who is Italian but written in Hebrew. A short, unfinished work exists from the thirteenth century called “King Arthur” (Melekh Artus). My other favourite Jewish Arthurian story is later. It’s “Widuwilt”, a variant of a German version of a French story about Gawain’s nephew. This demonstrates that culture can be shared across borders and across religions. People talk to each other. Very handy when you want characters to hold conversations, for there are certain subjects they share. A useful tool for writers, and it’s based on understanding that culture is complex. 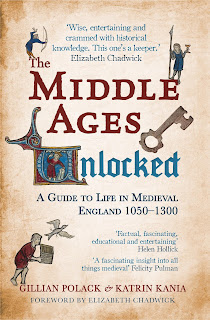 When we ask “What is the tradition?” we need to allow for cultural crossings and border crossings; we need to look at how the owners of the culture see themselves and describe themselves; we need to get the historical contexts and the cultural contexts right. If we don’t, we have fewer tools to work with to create marvellous stories. If we don’t then we’re more liable to create hollow characters. Universal Jews, Universal Englishmen (who probably all eat roast beef, and if the French medieval tales are correct, who menstruate and have tails), Universal Frenchmen (who, if the English medieval tales are correct all eat horse and are cowardly).

Breaking stereotypes is important for living successfully in culturally mixed society. We hear this a lot. It applies just as much to writing fiction as to living in a complex society. The stereotypes are not the people. They’re a set of attitudes that have developed due to culturally important reasons, but they are not the people who are described. The historical fiction that sees the biases and shows the individuals and how they deal with being told they have tails or are cowardly has a far greater kick to it than fiction that merely repeats those stereotypes.

This small reflection of the emotions we feel when we are caught up in one of those moments enables us to feel understanding with people in other places, at other times. The tension between the way someone is described and the way someone is as a person is a powerful tool for fiction because it can contain such a very big emotional range.

So many people have told me we need to get past stereotypes and prejudices because it’s a worthy thing to do, but it’s important to say that it’s also a useful thing to do, technically. It makes for better reading. More interesting characters. Sympathetic plotlines. Readers will defend a character strenuously when they’re described in a negative way due to stereotyping. How could someone say that this character was lazy, when it’s obvious to the reader that they’re hardworking?

It’s not just stupid peasants or abusive lords then that we have to get past as writers. History is complex and the complexity helps us so much as writers.
Posted by Gillian Polack at 00:49

Threes turn up all the time in folktales of all kinds - three brothers, sisters, questions, wishes, etc. Nothing Jewish about that! And don't forget the Holy Trinity.

I get questions all the time, "What do Jews think of this or that?" Hey, I'm an Ashkenazy Jew whose parents came from Eastern Europe and lost their homes, their families and so their culture, when they were children. How can I speak for everyone? Even the cooking - my mother learned that from neighbours and trial and error. And many of them would leave out an ingredient when they shared recipes so that no one could cook that dish as well as they did. So she had to work it out herself.

I hope the panels went well. It's a pity Conflux so often clashes with the High Holydays. Chag Sameach!

That is a thoughtful and powerful post, Gillian, and one worth re-reading and/or saving too. Thank you for feeling mildly obstreperous.