The Local Mitfords by Mary Hoffman 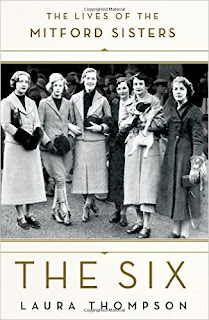 This dropped into my inbox last week and got me fired up about the Mitford Sisters all over again. It's the US release, by St. Martin's Press, of a book published in the UK by Head of Zeus last year, with a different title: 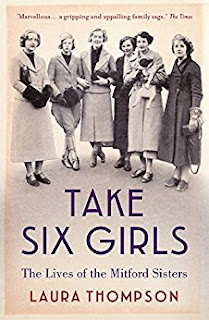 I can't remember when I first read The Pursuit of Love by Nancy Mitford; It must have been before the BBC TV adaptation by Deborah Moggach in 2001, with Alan Bates as Uncle Matthew, because I knew the novels well by then. (The television series combined The Pursuit of Love and Love in a Cold Climate and took the latter title.)

But, whenever it was, my interest in the Mitford family began then and is shared by my oldest daughter. But here's the odd thing: both I and my daughter are socialists and so much of the Mitford sisters' lives should be repugnant to us and yet the fascination persists. Two were fascists, one was at least at times, sympathetic to fascist causes, one was a staunch Conservative, one was apparently apolitical and one was a Communist.

And yet, Jessica (Decca), the Communist, although of a political persuasion much closer to mine than that of her sisters, is the one I find least sympathetic. I have read the autobiographies of Jessica, Diana and Deborah, biographies of Nancy and the wonderful Letters between Six Sisters edited by Charlotte Mosley, Diana's daughter-in-law. And now this latest from Laura Thompson, which looks at the entire family. (Do not believe Google, who tell you that Thompson is 111 and born in Hawaii, while attributing to her all the real author's books.)

When we moved out of London to West Oxfordshire, it took me a long time to discover Swinbrook, only a few miles away, and the Mitford connection. But now it is a favourite destination. Four of the sisters are buried in the churchyard of St. Mary's: 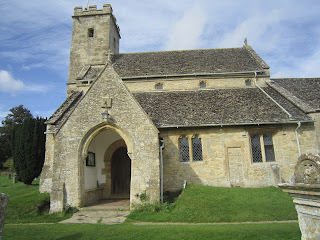 Nancy, Unity and Diana have headstones all in a row and Pamela is a bit further across.


The one brother, Tom, the third child, who was also a fascist, died in the Second World War in Burma and his body was not repatriated but he has a memorial inside the church, to which his father donated its dark wooden pews.

So why did Swinbrook form the last resting place for four of the six sisters? (Jessica's ashes we scattered in the sea off her adopted country of America and Deborah is buried in Chatsworth).

Their father, David, the second Baron Redesdale, inherited Asthall Manor when his father died in 1916 and moved his family there in 1919. The youngest Mitford sister, Deborah, was born there in 1920. The seven years at Asthall were extremely influential on the older children and the fictional Alconleigh in Nancy's novels, is based on it. It had in the past belonged to Sir Edmund Fettiplace of the famous Fettiplace monument in St. Mary's, Swinbrook, where the effigies of the dead Fettiplaces are ranged vertically, looking as if they recline in bunk beds. 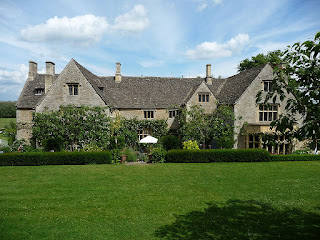 But in 1926, the family was moved to a house in Swinbrook designed by their father. Nancy in particular, then twenty-two, loathed it and called it Swinebrook. Deborah on the other hand adored it and in later life bought the pub in the village, called The Swan. (Swinbrook House, the family home, no longer exists). 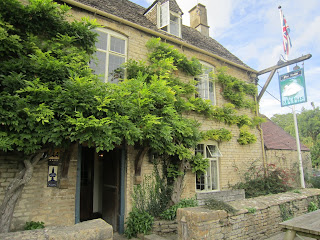 The Swan is full of black and white photos of the sisters and the famous portraits by William Acton: 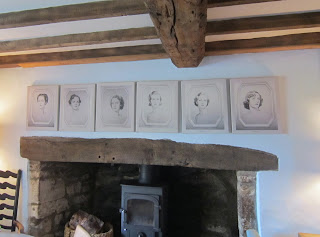 You can see an interview with "Debo" the late Dowager Duchess of Devonshire, in the pub here.

Are you clear about which sister was which? Just a quick reminder:

Nancy, the oldest (1904 - 1973), was the stylish, witty and acerbic writer. Two of her novels, The Pursuit of Love and Love in a Cold Climate, were bestsellers and she became the close friend of Evelyn Waugh. (Their letters were also edited by Charlotte Mosley) Nancy married Peter Rodd but it was not happy. She moved to France and had a long and and unsatisfactory affair with diplomat Gaston Palewski. She wrote serious biographies of  Voltaire, the Sun King and Frederick the Great, which were well received but for most readers she remains primarily a novelist of the Bright Young Things.

Pamela (1907 -1994), known to her sisters as "Woman," is sometimes thought of as the quiet or normal Mitford. John Betjeman proposed to her twice and was rejected. She married and divorced   the fascist sympathiser Derek Jackson and much preferred dogs to children. A countrywoman, with housewifely skills, she spent her later life with another woman, Giuditta Tommasi.

Diana (1910 - 2001) was regarded as the great beauty in a very good-looking family. She married young to wealthy Bryan Guinness but left him in 1933 for married Oswald Mosley, the founder of the British Union of Fascists. After Mosley's wife died unexpectedly, he married Diana, in Germany in Goebbels' house, in the presence of Adolf Hitler. She had two sons by each marriage. Mosley was serial womaniser but Diana stayed loyal to him. She was imprisoned for three years in the war.

Unity Valkyrie (1914 - 1948), was conceived in the town of Swastika in Canada (honestly, you couldn't make this stuff up!). She lived up to her middle name by growing into a striking figure of nearly six feet tall and a devoted follower of Hitler. She was so distressed by the outbreak of war between the UK and Germany in 1939 that she shot herself in the head in Munich, using a pistol given her by the Führer. She did not succeed in killing herself but lived on as an invalid for another nine years, being nursed by her mother and sister Deborah, in spite of having developed an aggressive personality disorder.

Jessica (1917 - 1996) was the odd one out. She built up a "running away fund, " which she used for just that, eloping with her cousin Esmond Romilly (rumoured to be Winston Churchll's illegitimate love child!). They were both Communists and fled to do their bit in the Spanish Civil War. After that they emigrated to the USA where Jessica spent the rest of her life. Esmond was tragically killed in the Second World War and Jessica later married Robert Teuhaft. She wrote The American Way of Death, Kind and Usual Punishment etc. as well as Hons and Rebels, an account of her childhood much disputed by her sisters.

Deborah (1920 - 2014) married Andrew Cavendish, who became the Duke of Devonshire, and turned Chatsworth House into a star attraction stately home. She wrote several books, including the poignant Wait for Me. 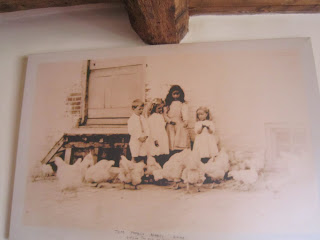 The "girls" were all accustomed to raising chickens and Deborah used to sell the eggs from her hens to her own mother.

Deborah and, perhaps surprisingly, Diana come over so well in their autobiographical writing that it comes as a shock when you reach the love of blood sports in the one case and of Hitler and Mosley in the other.

Pamela and Unity were the only two sisters never to write books, though Pamela planned a cookery book that she never finished. The remaining four all wrote so well and entertainingly that you wonder if the other two would also have had the same gift.

There is also the allure of the closed world of an eccentric, talented and aristocratic family, with their secret languages and allusions.

Laura Thompson's book reflects all this and comes up with some aperçus of her own (a favourite word of hers). She believes that Nancy's's portrayal of the gay Cedric Hampton in Love in a Cold Climate paved the way for acceptance of homosexuality in the UK.  She convincingly portrays Nancy and Diana as the two opposing "queens" in the family's dynamic, with a see-saw of jealousy swinging up and down between them. And yet Diana drove daily from Versailles during the agonising four years it took Nancy to die of cancer, to visit her sister.

Jessica could forgive Unity for idolising Hitler but not Diana for introducing her to the Führer. Nancy and Jessica formed an unholy alliance in being mean about their mother.

All the sisters had a supreme self-confidence and a rigid tendency to stick with whatever cause - or man - they had espoused. They were obdurate in face of much tragedy - loss of children, infidelity of husbands, betrayal by family members - and had a core of steel.

They all passionately adored animals - dogs, horses, chickens, goats, sheep - and yet the dying Nancy expressed a wish for another day's hunting.

Paradox was perhaps their defining characteristic.

Thank you for this. They are a fascinating collection of sisters, even if not totally likeable. I recall, on a visit to Chatsworth, how the Duchess's hens pecked and paraded their way around the car park with supreme confidence.

I once read a theory that JK Rowling worked some of the Mitford sisters into her Harry Potter novels, as the Black sisters. It may or may not be correct, but she is an admirer of Jessica and, I believe, named her daughter Jessica after her. And rereading the series, I could see a connection.

Personally, I find something scary about them, the Fascists, anyway. As a child of Holocaust survivors, I just can't find any sympathy for them - sorry!