2016 has been, to put it mildly, something of a year for politics. In the midst of all the madness, surely the nadir has to be the current US presidential election. Wherever you stand, the campaigning has hardly been an edifying spectacle: I have been burying myself in the deliciously imagined West Wing contest between Alan Alda and Jimmy Smits as an antidote to the bile.

This is not the place, no matter how tempting, for a commentary on the candidates. Instead I have been having a delve into previous contests to see just how low previous bars have been set. The quote used in the heading is from 1960 and the Kennedy Nixon election, JFK's actual words being: "don't buy a single vote more than necessary, I'll be damned if I'm going to pay for a landslide".  It sounds like an admission of dirty-dealing, it was in fact a spoof. Joe Kennedy, JFK's father, was a prime-mover behind his son's political successes (and possibly ambitions) and played a central role in the the election campaign, which was dogged by rumours of 'fixing'. JFK dealt with the issue by spinning it, reading this out as a supposed message from Joe on the eve of the election. The result we all know; the rumours of bribery and corruption within the Kennedy campaign, and mob involvement through Sam Giancana's Chicago crime syndicate, continue.


The question of who voted for who (and who made them do it) has bedevilled a huge number of US elections. One of the most hostile, impenetrable and still disputed elections was in 1876. Democrat Samuel Tilden won the popular vote (by 250,000) and the electoral college but the Republicans simply refused to accept the result. Commissions were set up, officials were replaced, counts were challenged and both sides out-bribed the other until the result was over-turned and Republican Rutherford Hayes, who had previously conceded, was elected the winner. Here’s hoping Trump can't read the more complex history books. A more recent controversy was the 'hanging chad' debacle which muddied the 2000 election between George Bush and Al Gore, leading to a recount of the Florida ballot and a month's delay before the result could be called. The hanging chad was a small piece of paper caught in badly-punched ballot papers which meant the voting machines couldn't read them accurately. The problem came to light in Palm Beach where voters thought they were punching for Gore but were actually voting for the seriously odd Reform Party led by Christian fundamentalist and Holocaust-denier Pat Buchanan. Given the majority of voters in the area were elderly, Jewish and Holocaust survivors something didn't quite ring true. The joys of technology - suddenly the stubby pencils hanging on bits of string in UK polling booths look rather more appealing.


Disputing the vote after the event is one thing - as we all know, most of the fun happens in the run up to polling day and personal attacks are, as ever, the meat and drink of dirty campaigning. Things went pretty well in the first two elections when George Washington was elected with 100% of the vote but it didn't take long for standards to slip. By the third run out to the polls in 1796 when Federalist John Adams beat Democratic-Republican (yes you read that right) Thomas Jefferson, things had got nasty. Jefferson's supporters accused Adams of being a hermaphrodite and Adams' side cast aspersions on Jefferson's racial background. Adams won but Jefferson became Vice-President and the two men spent the next 4 years openly loathing each other. For those readers blanching at the thought of a Clinton-Trump double act, that kind of cross-party crazy can't happen anymore, except in the West Wing where it is, of course, a good thing.

Sex scandals will always be the first running place of party spin-doctors and more than one candidate has fallen foul of changing moralities. Alleged illegitimate children (Grover Cleveland), bigamy (Andrew Jackson), infidelity...too many to list. Although Bill is the easy target, my favourite in the 'how not to have an affair in the public eye' has to be Gary Hart, the 1987 Democratic hopeful. As rumours of his extra-marital activities began to circulate, Hart took on the press in an ill-founded JFK-style challenge with the following words: "Follow me around. I don't care. I'm serious. If anyone wants to put a tail on me, go ahead. They'll be very bored." I'm pretty sure catching a presidential hopeful on a yacht called 'The Monkey Business' cuddling a glamorous blonde wasn't the Miami Herald's definition of bored: poor old Gary was neatly hoist by his own petard. 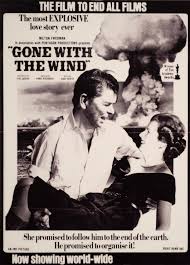 If some of the campaigns leave a bad taste, so do some of the winners. Polls are subjective things: Bill Clinton and JFK, for example, don't always fare well when judged on strength of government/economic achievement surveys but are always high in the popularity stakes. Polls can also act as a spotlight on the issues which bruise a country: some of the presidents who are regularly in the bottom five of the popularity rankings are men like James Buchanan and Millard Fillmore who are associated with the worst days of slavery and the horrors of the Civil War. Richard Nixon's legacy will never outrun the Watergate scandal and George Bush will always be associated with the chaos in Iraq and Afghanistan and his inability to talk coherently about that, or anything else. And, we all have our own bete-noires - I bet I wasn't the only politically-earnest student with this romantic poster adorning my university breeze-blocked wall. Interestingly my American husband never saw it until he came over here.

Whatever happens in November, the only thing we can be sure of is that there will be fury and challenges and it's all going to get a lot worse before it gets better - that probably applies to after the campaign as much as before. As Abraham Lincoln once said: "Elections belong to the people. It's their decision. If they decide to turn their backs on the fire and burn their behinds, then they will just have to sit on their blisters." It's a good quote and still very relevant, I just wish Woody Allen didn't seem to have it nailed rather better:

"We stand today at a crossroads. One path leads to despair and utter hopelessness. The other leads to total extinction. Let us hope we have the wisdom to make the right choice."

What a brilliant post, Catherine! Simultaneously funny and chilling!

Excellent, thanks for this chilling summing-up if political shenanigans.