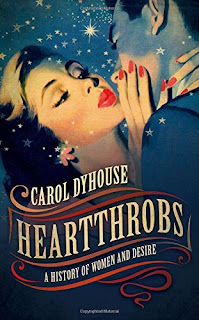 I am a reading machine at the moment. I volunteered to be a judge on the inaugural HWA Endeavour Ink Crown for Historical Fiction and am the proud possessor of just under a hundred new novels to read and a nervous twitch, but I’m glad to say just before I descended into the whirlpool of fiction, I read Carol Dyhouse’s new book Heartthrobs: A History of Women and Desire. I recommend it to you all, readers, writers, historians, men and women alike.

The book is an examination of the heartthrob in popular culture from Lord Nelson and Mr Darcy through to George Clooney and Christian Grey, examining the female, rather than male gaze and looking at female desire rather than desirability. It feels, which seems astonishing in 2017, like a very fresh perspective. The book looks at these fictional or constructed male paradigms and asks what is it women want from them. Is romance literature a drug, an escape? If so what are we escaping from? What do these men offer women beyond an escape? What can these fantasy male figures tell us about how women have understood their own desires at various points in modern history? I think these men can often be a great deal more informative than the contemporary cultural criticism.

For some reason I’m now imagining male literary critic, eating offal off a breadboard in Shoreditch and sneering at the cupcake shop across the road. Apologies to all the feminist un-snobbish men out there, you are of course my heartthrobs, but all our woke baes will know such offal chomping disdain towards women, romance literature and cupcakes certainly exists. 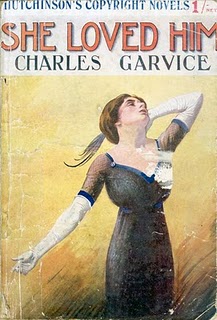 Dyhouse explores these question and quandaries with relish. She is a curious and informed guide to the popular culture of the long twentieth century, and clear-eyed without being judgemental. The book offers a fascinating set of questions and an enthusiastic examination of tough issues: it is serious with being preachy, and entertaining without being glib. She also knows how to write a damn fine sentence, such as her description of Twitter: ‘The network itself, now immense, with its constant refigurings, and evanescent patterns of fragmentary thoughts, communications, and ‘trending topics’ brings to mind the murmurations of bees or starlings.’

I should mention that Carol is a friend of mine, and of course, while I say that purely in the interests of full disclosure, it also gives me the chance to boast. I told a professor about something and she put it in a book! I developed a bit of an obsession about Charles Garvice some years ago and managed to pass it on to Carol and she discusses this forgotten colossus in her first chapter. This makes me feel very grand. There, ok, I’m done, but do read the book. It’s a handsomely produced volume, and both charming and clever - a proper heartthrob indeed.