What a Difference A Day Makes by Julie Summers 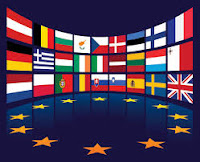 Tomorrow, Wednesday 29 March 2017, is the most significant day in the life of the United Kingdom this century and possibly even of the last forty years. Some go as far as to say it is the most momentous decision taken by this country since the end of the Second World War. Whatever side you are on in the question about whether it is a good or bad thing that Britain is going to leave the European Union, it cannot be denied that invoking Article 50 of the Lisbon Treaty is a noteworthy event. The Britain of today will look different in two, five, twenty years time. The anxiety must be what that Britain will look like and how will the changes affect all our futures.

As a historian I find momentous and noteworthy events both alarming and exciting. As such I turned back to history to give me some lead on the whole development of the idea of a united Europe and examine what its forefathers had in mind in the immediate aftermath of 1939-45 for the future of a war torn continent. There are many significant players who had a finger in the early version of the European pie but one of the most fascinating from my perspective was a man who had spent the pinnacle of his career training volunteers to enter Nazi occupied Europe and cause mayhem, murder and sabotage. His name was Sir Colin McVean Gubbins. His name may not be familiar to British or American readers but in France, Belgium, Poland, Czech Republic, Norway and the Netherlands he is recognized as a great hero.

Born in Tokyo in 1896 he was sent, aged seven, to live with his maternal grandparents on the Isle of Mull. He did not see his father or mother for five years but he described his childhood as blissfully happy. After school he attended the Royal Military Academy at Woolwich and in the summer of 1914 he was in Heidelberg learning German. In August had to make a frantic dash back to Britain to avoid arrest. He succeeded by disguising himself as a child and later wrote: ‘My escape from being imprisoned in Germany was entirely due to the kindness of the Englishman, a complete stranger, who lent me £1 on Cologne platform.’ Gubbins was at Ypres for the first and second battles, then on the Somme where he won his Military Cross for conspicuous gallantry. He was shot in the neck on the Somme in October and was in hospital for eleven days; he was gassed in 1917 and suffered from trench fever in April 1918 but was fit enough to join General Ironside, later commander-in-chief of the Home Forces, as ADC on the autumn mission to Archangel in Russia to prepare a winter campaign. After the war, then aged twenty-three, Gubbins was sent to Ireland where he was given a three day course in guerrilla warfare and observed the methods used by the nationalists at first-hand. In 1923 he learned Russian and then went to India to learn Urdu.

Promoted to major in February 1934, he was posted to the War Office and appointed GS02 in a new section of MTI (Military Training Instruction), which was the policy making arm of the Military Training Directorate. In this role he was sent in 1938 to Czechoslovakia to oversee the withdrawal of Czech forces from the Sudetenland. It was something that he found exceptionally repugnant and it remained a matter of lasting shame to him for the rest of his life. It also gave him a first-hand view of the brutal force of Nazi expansion.

In the summer of 1940, after the fall of France, the invasion of Britain seemed imminent. Gubbins was put in charge of training stay-behind parties of men who would work locally to sabotage Germans stores, blow up bridges and generally slow down their advance parties. When the threat of invasion lessened he was transferred to a new section called Special Operations Executive, known by its nickname Baker Street which was the London HQ. Its aim was to train foreign fighters who would be sent back to their own countries to carry out secret missions.

He moved to the Highlands to set up Special Training Schools where agents from occupied countries could be trained in the brutal arts of guerrilla or, as Churchill called it, ungentlemanly warfare. Men and women were turned into silent killers, explosives experts, radio operators and sabotage agents who were parachuted into France, Belgium, Poland, the Czech Republic, Norway and so on to carry out their secret and often deadly work. Gubbins worked with SOE for the whole war and clocked up some notable successes in Norway, France and, most spectacularly, in the Czech Republic when two agents trained in the Highlands carried out the successful assassination of Acting Reichsprotektor Reinhard Heydrich in May 1942. The reprisals for the murder of Germans was hideous but the heads of the various governments-in-exile in London thought the boost to a country’s morale and the confirmation that they had not been forgotten was a price worth paying.


At the end of the war Gubbins’ department was shut down. His biographer wrote of him:


Britain was spared the shame and misery of enemy occupation; without this experience it is difficult to appreciate the part played by clandestine resistance both in restoring national self-respect and in permitting courageous individuals to escape from the ignominy of their situation. . . It was as a resistance leader that he came to fashion Special Operations Executive, and to write his own page in the history of almost every country occupied by the enemy in the Second World War.

So respected was he in the countries that had been occupied by the Nazis that the government had to waive the rule that an officer could receive only four foreign honours for services in the war. Eventually he received more fourteen awards including the highest from Norway, Denmark, Greece, France, Poland, Belgium and the United States of America. Gubbins received a knighthood in 1946 and began the second half of his life’s work, which was to promote European Unity. Despite the fact he had spent five years trying to devise every possible lethal means of undermining the Germans, he realized that the only way of securing a lasting peace in Europe was to work together.

In 1946 an old Polish friend, Josef Retinger, asked him to help set up the Independent League for Economic Cooperation in Brussels. This was merged with various others in 1947 to become the International Committee of the Movement for European Unity with Churchill’s son-in-law, Duncan Sandys as chairman. In 1954 he was asked to represent Britain as a founder member of the Bilderberg Group, an organisation set up to promote a strengthening of US-European relations and preventing another world war. When asked what he considered to be his greatest achievement he said the role he had been most honoured to play was in helping to prevent a further war.

Gubbins died in 1976 at the age of eighty, by which time Britain had been a full member of the European Union for three years. I wonder what he would think of the step his country is about to take on 29 March 2017. 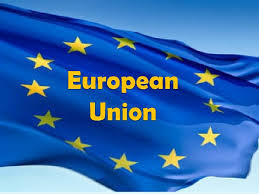 Gubbins' story will be told in full in my next book Behind Closed Doors. It will be published in spring 2018.
Posted by Unknown at 06:22

How very interesting! Thank you. Wonderful to have the long view ahead of Wednesday's (to my mind disastrous) announcement on Article 50. Sometimes I worry, though, that today's narrow focus on 60 years of Peace in Europe masks the extent of post-colonial & Cold War warfare which followed WW2. The SOE was fundamental to the founding & evolution of modern day Special Forces, whose role & activities have expanded hugely over the intervening & violent decades.

Thank you, Rowena. I'm just about to listen to Jonathan Friedland on R4 (catch up) for a programme he did on the Long View this morning looking what happened when Elizabeth I was kicked out of Europe. I, like you, feel extremely wobbly about tomorrow and beyond. I feel we are playing with fire...

I have never heard of Sir Colin McVean Gubbins. Thanks for highlighting this extraordinary character.

Fascinating blog, thank you Julie. The SOE was an extra-ordinary outfit. I can't wait to read your next book!

I don't remember hearing of Gubbins - though I have read about the assassination of Heydrich. As you say, the reprisals were terrible. What awful decisions had to be taken during the war.

And what STUPID decisions have led to Brexit and tomorrow's step off the cliff. There's a tiny bit of me that still thinks we might all wake up and find it was just a silly dream...

Wow, I had never heard of him either. How fascinating - thank you so much for this. I don't think there is much doubt what Gubbins would have thought about invoking article 50. It's a disaster on every possible level.