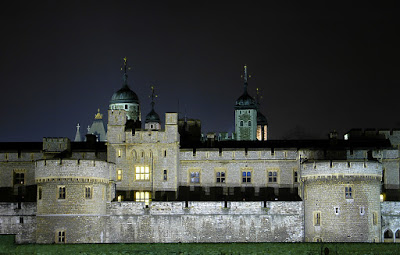 The heroine of The Girl in the Glass Tower, Arbella Stuart, spent a number of years until her death in captivity at the Tower of London. The Tower of my title refers in part to this but also to her virtual imprisonment during her youth at Hardwick Hall, famously dubbed 'more glass than wall', by a contemporary wag. Poor Arbella was fated to live a life of almost permanent detainment, punctuated only by her increasingly dramatic attempts at escape, because she had the misfortune to be born with a claim to the English throne Alas, there would be no escape from her final detention and the Tower of London casts a long shadow over my novel. 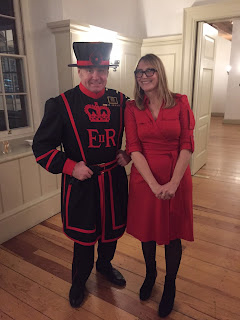 I was invited recently to give a talk at the Tower and rather than just discuss my most recent heroine I thought it would be apt to highlight some of the many women for whom the Tower was the defining site in their lives, either as their place of execution or imprisonment. It was the advent of the Tudors, an upstart family who had to keep a tight reign on any potential usurpers, that saw a spate of women meeting their brutal ends on Tower Green.

The stories of Henry VIII's wives have proved endlessly fascinating, inspiring an apparently endless stream of novels and films. This is probably because the sheer barbarity of their treatment at the hands of a despotic husband horrifies us but also resembles the kind of dark fairy tales we were raised on. However there were few happy endings if you were inconvenient to  Henry. We all know of Anne Boleyn, committed to death on trumped up charges of adultery and incest, waiting interminable days for the arrival of the French executioner who would dispatch her with a sword rather than the more traditional axe. This was considered a merciful concession from her husband as a sword was meant to be a painless way to go.

On my way to give the talk I wandered though the cobbled lanes of the Tower after dark, the grey stone buildings looming, an air of intimidation hanging over the place, and it was brought home to me just how that young woman might have felt facing a death so sudden and unjust: one moment the feted Queen, the next a head rolling into a bucket. How might little Catherine Howard, the other of Henry's queens executed for adultery, have felt, still a teenager, when she asked for the block to be brought to her on the eve of her execution, so she could practice placing her head correctly? 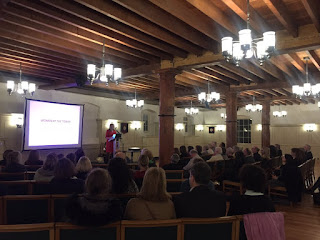 It is the stuff of horror stories and we feel that kind of barbarity is far, far removed from our lives now but it is deeply shocking to remember that there are still parts of the world in which adultery is punishable by execution, or more specifically, death by stoning. When we remember a woman like Margaret Pole, one of the last true Plantagenets and deemed a threat to Tudor supremacy, it forces us to confront the reality of past practices to which we must never return, the like of which still persist in in some cultures. Margaret Pole was condemned aged sixty eight, by Henry VIII, and dispatched on Tower Green in a botch job of monstrous proportions. A horrified eye witness described her execution as being performed by ‘a wretched and blundering youth who literally hacked her head and shoulders to pieces in the most pitiful manner.’

And there is Jane Grey, the seventeen-year-old who died, becoming a poster girl for the Protestant cause. It is deeply shocking to think of her age – were she alive now she'd have been studying for her A Levels – still a child really. Reading accounts of her execution affected me profoundly, partly because my own daughter was of a similar age at the time, and provided the inspiration for the opening scenes of my 2014 novel Sisters of Treason. Jane went to the block with extraordinary poise, buoyed up by her faith, no sense of the fear that must have roiled beneath her surface. She had been the victim of her Tudor blood, pushed onto the throne in the name of scheming ambition on the part of the men around her. Her reign lasted only a few days before her cousin, Mary Tudor, raised an army, pushed her out, locked her up and executed the men behind her. But in the end she too was deemed too great a threat to be allowed to live. 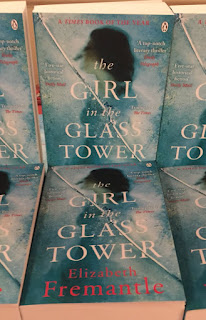 Jane was not alone in discovering that Tudor blood could be more curse than blessing. She had two younger sisters, who lived in the dark shadow of her fate. The older, Katherine Grey, was to  also experience incarceration in the Tower. Katherine had committed the crime of marrying without Queen Elizabeth's permission – with royal blood this was treason. She was twenty-one years old and heavily pregnant with the child that came out of that secret marriage, when she was thrown in the Tower. Elizabeth, whose position was by no means stable at that point, moved quickly to have the marriage deemed illegal, making the son who was born soon after,  illegitimate. Elizabeth was right to be paranoid as that boy would have had a strong claim to the throne, and being male, might well have proved to be an insurmountable threat to her position.

Katherine Grey ended up, not under the flash of the executioners axe, but bringing on her own grim and painful end through self-starvation. To die through the refusal of food was not considered suicide, which perhaps explains such an action in the context of a culture bound by religious codes. It might also explain why, in a strange and morbid repetition, this was also the means by which Arbella Stuart finally brought about her own death. It was ultimately for her, in a life of attempted escapes and with her sanity wearing thin, the only possible means of escape from the Tower's menacing walls.

Elizabeth Fremantle's novels The Girl in the Glass Tower, about Arbella Stuart, and Sisters of Treason, about Jane Grey and her sisters, are published by Penguin.

Absolutely fascinating; and insightful. Also, I like the fact that you remind us all that barbarism is still with us. Hope the talk went well!