Parks and Gardens by Penny Dolan 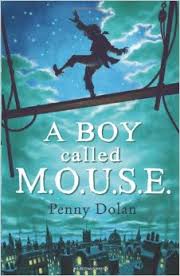 In my junior historical novel, set in Victorian times, the young hero arrives alone in Victorian London. Needing a safe space for the night, he considers climbing over the railings into one of the garden squares. Those green spaces were private gardens for the key-holders, the residents of the big houses nearby, and acted as distinct social spaces where children could play, infants be “aired” in perambulators and a variety of respectable adults could greet each other while strolling about.

Most of London’s squares and gardens are open to the public by day, and locked every evening to deter vagrants, although not always successfully. Returning to my hotel in Mecklenburgh Square around 11pm recently, I saw a young man hoist himself up over a set of spiked railings, drop down on the other side and disappear into an overgrown corner of the Coram Fields grounds for the night, just as I had imagined my own Victorian runaway doing in a fictional garden setting.

As cities grew larger and more congested, the private parklands surrounding an industrialist’s mansion or a wealthy landowner’s now-unwanted residence might be converted into a public space, such as the small park created around Bruce Grove Castle, although surely altruism was only one strand in the creation of such places. 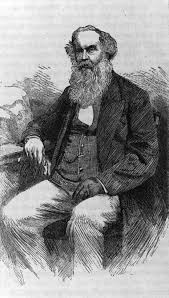 These green parkland spaces were seen as a way of refreshing the polluted, miasmic city air and also as a way of improving the health, education and social mores of the urban population. Titus Salt, the Yorkshire textile manufacturer and temperance enthusiast, made sure his model village at Saltaire provided a park for his mill-hands, although he provided them with rules about how to behave within his park too.

Gradually, as the middle-classes increased and workers were granted half-days and holidays, parks became even more a social venue. The expected expanse of trees and lawns might include impressive botanical gardens, floral displays, bandstands and room for sporting activities as well as the obligatory swings, slides and see-saws of children’s playground area.

In Harrogate, the old Bogs Field where spa visitors had once walked off the effects of the Spa purges, changed character during Victorian times. As part of town improvements, the area became the genteel Valley Gardens, intended to attract high-class visitors to the town, which it still does.

The open grass acres of The Stray, where horse-races were once held, is still used by many groups and individuals during the week and weekends. They, and others, recently signed a forceful petition against some councillors wish to “improve” The Stray further by increasing the number of paying events planned for the much-valued open spaces. The local newspaper claimed the people's petition had won. It has, so far.

The city of Leeds has generous parklands too and one - Roundhay Park - offers another reason for the tone of my post here today. A private leisure company, providing healthy outdoor activities for children, had been in negotiations with the city council about taking over an area of park and woodland for their own exciting proposal. Local residents pointedly pointed out that at £25.00 per family visit, the new facility would not available to the families who currently use the park daily and weekly. Furthermore, the plans would cause significant damage to a much-loved natural habitat. Fortunately, the council took note and Roundhay Park still remains a public space. Yet the pattern of commercial encroachment seems worrying right now.

Moreover - and less noisily – many parks are facing deeper threats. Intense cuts in public funding mean that trained gardeners are often the staff of the past. The gardens in parks are now a facility that can be maintained, like libraries, by groups of keen volunteers. Alongside this pattern comes the additional matter of developers spying out prime land for housing and new planning regulations and I find myself worrying about the role of parks in the future.

Why were the parks created? Surely the increasing density of the urban populations will need open spaces just as much as the urban workforce of the past? Or will public parks, in this continuing age of austerity, be necessarily absorbed into the ticketed-leisure industry and recreated for a different ideology? In fact, will the provision and upkeep of public parks in Britain become, to all intents and purposes, history?

ps. I hope, by my next post, to have my eyes and words more firmly on the past.
Penny Dolan
.

Good to hear about the success at Roundhay Park. And I love the old names - Titus Salt, The Stray, Bogs Field, Coram Fields - makes you want to write about them right away!

I read recently about what the Japanese call, I think, 'forest bathing'. The idea is that trees are physically good for you, and are tremendously important in cities - as, of course, are parks. https://qz.com/804022/health-benefits-japanese-forest-bathing/

You are right, Penny. We must guard our parks and open places which still give urban city dwellers (living in bed sits and flat now but still lacking outdoor spaces) access to somewhere to sit, stroll, jog, practice ti chi and yoga, walk the dog, picnic, sunbathe or just enjoy being outside on a sunny day.